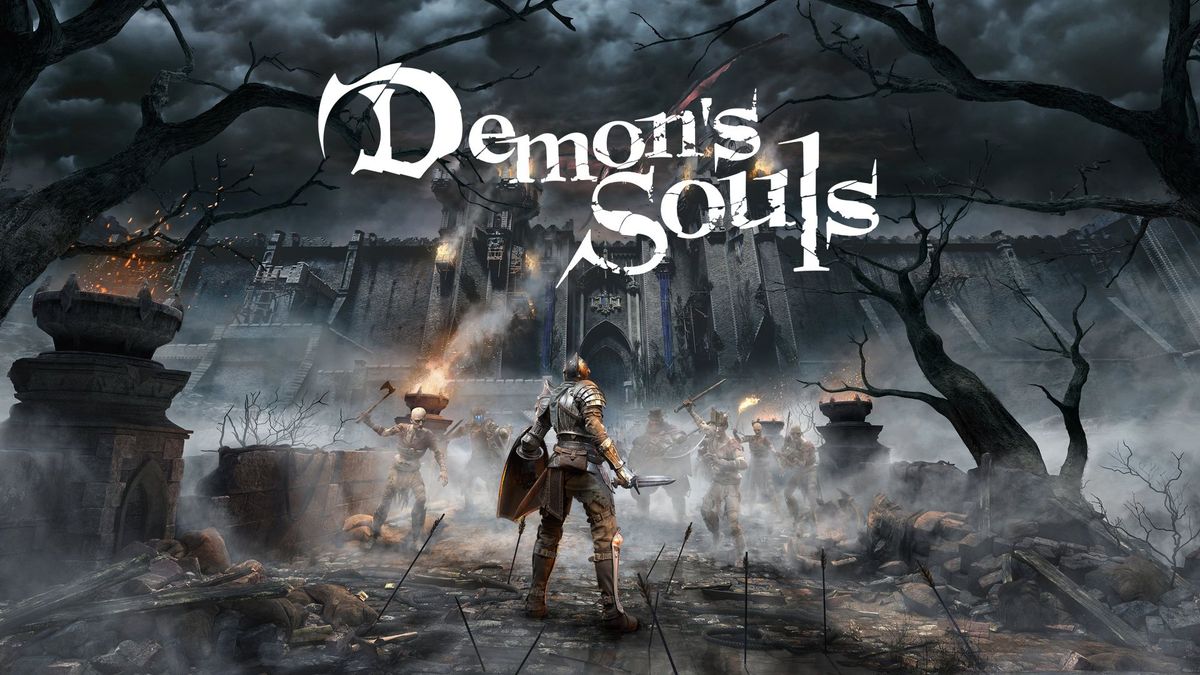 With just a few weeks to go until Christmas it’s time to start thinking about what gifts to buy for friends and family. If you’re buying for someone who has managed to get hold of a PS5 then they’ll probably be wishing for some new games this year.

Like the Xbox Series X, the PS5 has a backwards compatibility feature to allow it to play games from the previous console. There are many fantastic PS4 games to choose from that will work on PS5.

Below we’ve tried to focus on the newer games that are designed for PS5, or those that get a free upgrade from PS4 to PS5.

Stay tuned to EF for other Christmas 2020 Gift Guides over the coming days.

In Assassin’s Creed Valhalla, you are Eivor, a fierce Viking warrior raised on tales of battle and glory. Explore a dynamic and beautiful open world set against the brutal backdrop of England’s Dark Ages. Raid your enemies, grow your settlement, and build your political power in your quest to earn your place among the gods in Valhalla.

The original shooter-looter returns, packing bazillions of guns and a mayhem-fueled adventure! Blast through new worlds and enemies as one of four new Vault Hunters. Play solo or with friends to take on insane enemies, score loads of loot and save your home from the most ruthless cult leaders in the galaxy.

Bugsnax takes you on a whimsical adventure to Snaktooth Island, home of the legendary half-bug half-snack creatures, Bugsnax. Invited by intrepid explorer Elizabert Megafig, you arrive to discover your host nowhere to be found, her camp in shambles, and her followers scattered across the island alone… and hungry! It’s up to you to solve the mysteries of Snaktooth Island: What happened to Lizbert? What are Bugsnax and where do they come from? But most of all, why do they taste SO GOOD?

Buy Bugsnax on the PlayStation Store

Black Ops Cold War drops you into the volatile geopolitical battle of the early 1980s. In a gripping single-player Campaign, where players will come face-to-face with historical figures and hard truths, as they battle around the globe through iconic locales like East Berlin, Vietnam, Turkey, Soviet KGB headquarters and more.

Cyberpunk 2077 is an open-world, action-adventure story set in night city, a megalopolis obsessed with power, Glamour and body modification. You play as V, A mercenary Outlaw going after a one-of-a-kind implant that is the key to immortality. You can customize your character’s cyberware, skill set and playstyle, and explore a vast city where the choices you make shape the story and the world around you.

From PlayStation Studios and Bluepoint Games comes a remake of the PlayStation classic, Demon’s Souls. Entirely rebuilt from the ground up and masterfully enhanced, this remake introduces the horrors of a fog-laden, dark fantasy land to a whole new generation of gamers. Those who’ve faced its trials and tribulations before can once again challenge the darkness in stunning visual quality and incredible performance.

The frontier of Europa holds many lost secrets from the past, including the dark power of Stasis. You must work with the mysterious Exo Stranger to harness this new power before Eramis, the Kell of Darkness, bestows it on her Fallen forces. Grow your arsenal, master Stasis, and go beyond the light.

Devil May Cry 5 Special Edition comes packed with an abundance of new features and game modes powered by next-gen consoles, in addition to the heavily requested arrival of Vergil as a playable character. With Devil May Cry 5 Special Edition, Capcom is upping the ante on stylish action with the introduction of next-gen features such as Ray tracing technology and enhanced 3D audio, fan-favourite modes including Turbo mode and legendary dark Knight mode.

Hyperion is on the precipice of ruin. You are the last of the valorian Knights, god-like warriors able to equip valorplates, legendary armour sets that transform wielders into unstoppable Masters of melee combat. Tear through foes as you climb through each of the elemental realms and challenge the Mad God, macros who awaits you at the top. Ascend in God fall, the first-of-its-kind, looter-slasher, melee action-RPG.

Immortals Fenyx Rising brings grand mythological adventure to life. Play as Fenyx, a new winged demigod on a quest to save the Greek gods and their home from a dark curse. Take on mythological beasts, master the legendary powers of the gods and defeat Typhon, the deadliest Titan in Greek mythology, in an epic fight for the ages. The fate of the world is at stake – you are the gods’ last hope.

In the latest adventure in the Marvel’s Spider-Man universe, teenager Miles Morales is adjusting to his new home while following in the footsteps of his mentor, Peter Parker, as a new Spider-Man. But when a fierce power struggle threatens to destroy his new home, the aspiring hero realizes that with great power, there must also come great responsibility. To save all of Marvel’s New York, Miles must take up the mantle of Spider-Man and own it.

With extensive improvements upon its best-in-class graphics and gameplay, competitive and community online features, and deep, varied game modes, NBA 2K21 offers one-of-a-kind immersion into all facets of NBA basketball and culture.

Go solo in an epic race against time stuffed with danger and peril – or create teams of two to four adventurers for fun-packed party play as you work together to overcome nefarious tasks however you can imagine.

Level up from underdog to Dragon in dynamic RPG combat experience like no other. Switch between 19 unique jobs ranging from bodyguard to musician, and use the battlefield your weapon. Take up bats, umbrella, bikes, Street signs, and everything else at your disposal to crack some skulls! Enter the underworld playground when you’re not busy bashing heads, relax by hitting up the local arcade for some classic SEGA games, compete with locals in a no holds barred go-kart race around yokohama, complete 50 unique substories, or just take in the scenery of a modern-day Japanese city. There’s always something new around the corner.

In this article:Christmas, Featured, PS5