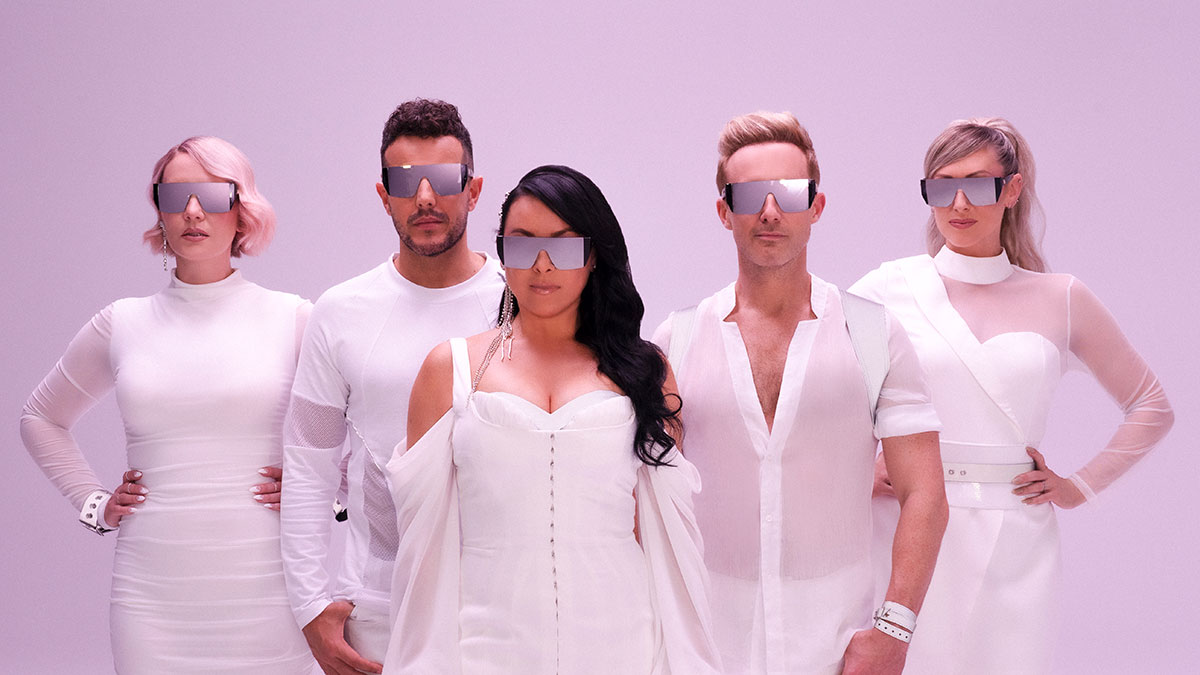 In 2017 Steps pulled off one of pop’s most impressive comebacks since Take That resurrected their careers in 2006 with ‘Beautiful World’. The pop fivesome – Claire Richards, Faye Tozer, Ian ‘H’ Watkins, Lee Latchford Evans and Lisa Scott Lee – stumbled in 2012 with their winter-themed album ‘Light Up The World’ but with the release of ‘Tears On The Dancefloor’ in 2017 they recaptured the magic that propelled them to the top of the charts in the late nineties and early noughties. Three years on from that album and Steps release their sixth studio album ‘What The Future Holds’ this week, their first since signing with BMG.

While ‘Tears On The Dancefloor’ was all intentionally uptempo bangers, Steps hark back to their first three albums with ‘What The Future Holds’, showcasing a wider range of versatility and bringing back those harmony-filled ballads that always featured on their early albums. Fans need not fear though as ‘What The Future Holds’ contains enough bangers to get you up and dancing too, and this album is the perfect celebration of classic Steps with a sprinkling of a more modern sound that makes them contemporary.

Ahead of the album releases Steps have released the singles ‘What The Future Holds’ – a dark, edgy pop track written by Sia – and ‘Something In Your Eyes’ – an ABBA-esque cover of Jenny Silver’s 2011 hit. They’ve also previewed two of the album’s ballads ‘Under My Skin’ – a moody and addictive mid-tempo – and ‘Hold My Heart’ – a big piano ballad that allows each member of the band to shine vocally and showcases those harmonies we all know and love. If you liked all four of those tracks then you’re going to love the rest of the album.

‘What The Future Holds’ never attempts to jump onto current trends. There are no features across the tracks here and the group never tries to copy the sound of the acts currently battling on the Top 40. Instead they’ve stayed true to themselves and they’ve recorded a perfect collection of pop that nods to the past and looks to the future. ‘Clouds’ features pulsating electro-beats and a repetitive chorus that will lodge in your brain after the first listen, while ‘Father’s Eyes’ takes the group into new territory marrying a futuristic electro-pop production with atmospheric vocals and it’s one of the album’s biggest surprises.

A highlight during the first half of the album is the handbags in the air thumper ‘To The Beat Of My Heart’. It’s exactly what you want from a classic Steps track but it sounds very modern, and if there was any justice in the world this would be a number one smash. If Little Mix, who have a larger streaming audience behind them, this would top the charts no problem.

The beat remains uptempo on the punchy ‘One Touch’, the infectious ‘Come and Dance With Me’ has a dramatic build that opens up into a ‘Summer of Love’ style chorus, and ‘To The One’ would have fit nicely on ‘Buzz’ giving fans a real kick of nostalgia. Another highlight comes on ‘Heartbreak In This City’, which sounds like it’s going to be a mid-tempo piano-led track before a stomping beat kicks in and it transforms into a disco gem. On ‘Don’t You Leave Us Halfway’ the harmonies are stunning and it’s a track that I can’t wait to hear live (hopefully) on next year’s tour.

Something else that should be mentioned about ‘What The Future Holds’ is that this is the most even distribution of vocals from the group. We hear a lot more of Lee in both the verses and on harmony vocals, and it’s nice to hear Lisa opening a few of the songs on the record too. Claire fans need not worry though as her powerful vocals are used to great effect, especially on the ballads, while Faye and H get the chance to shine with more solos too.

‘What The Future Holds’ is the pop record that we need in 2020. It’s bold, it’s catchy, it’s fun and it’s the best damn pop album released this year (yes, it is better than Kylie’s ‘DISCO’ in my opinion). ‘What The Future Holds’ is Steps’ finest album to date and it’s packed with hit-after hit. I’m excited to see these songs performed on the tour next November and long-time Steps fans are going to be in heaven when they finally get their hands on this collection of pop perfection.