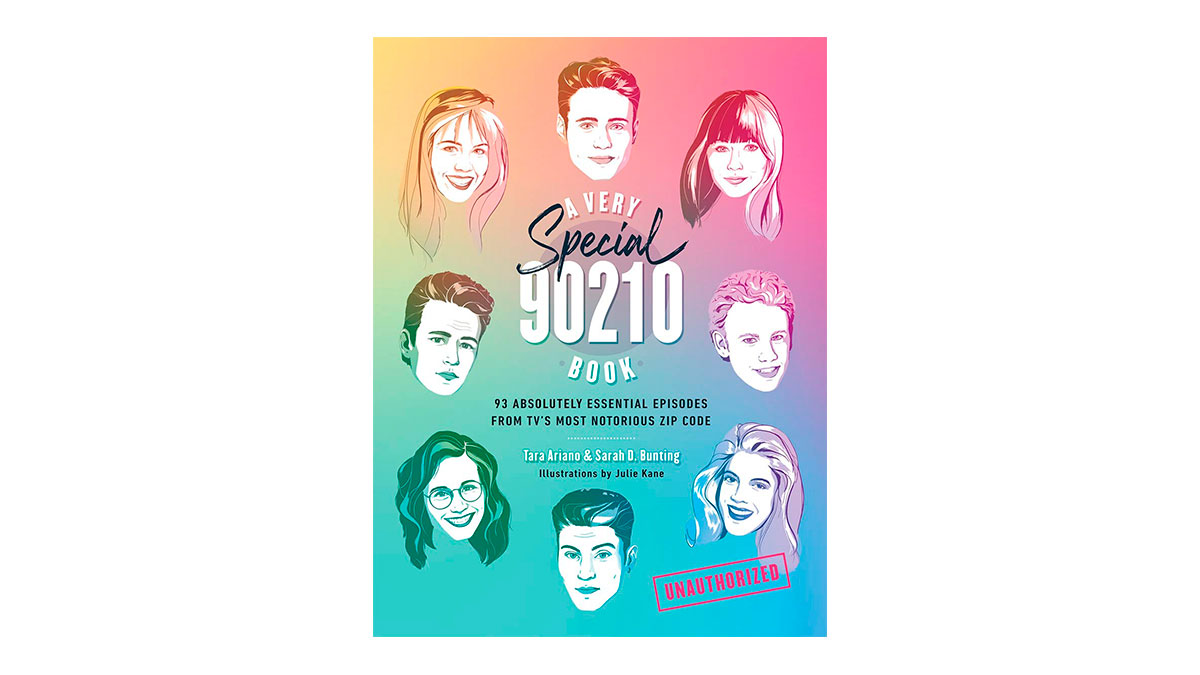 2020 marks the 30th anniversary of the iconic teen series ‘Beverly Hills, 90210’. The show launched the careers of Jason Priestley, Shannen Doherty, Luke Perry, Jennie Garth, Tori Spelling, Brian Austin Green, Gabrielle Carteris and Ian Ziering and it ran for an incredible 10 seasons, coming to an end in 2000. Over that time cast members departed (and returned), the show had more than a few scandals (not just Shannen Doherty being fired) and it changed the landscape of scripted television for teenagers.

In their unauthorized new book ‘A Very Special 90210 Book’, authors (and fans of the show) Tara Ariano and Sarah D. Bunting celebrate the highlights and the lowlights of the series with their tongues placed firmly in their cheeks. The book highlights 93 must-see episodes from the. 293 episodes that were made, and they gave an in-depth look at the characters that were the fabric of the show, as well as the supporting characters that made an impression.

Each of the highlighted 93 episodes get a synopsis highlighting pivotal moments and some sassy commentary from the authors too. It’s actually a very funny read and there’s something quite charming about the way they poke fun at the series while still demonstrating just how much they loved it. The episode highlights become few and far between once the book gets into the later seasons but fans would likely agree that ‘Beverly Hills, 90210’ did go off the boil by the end of its run.

Throughout the book the authors highlight the departures and arrivals of key characters in each season, and they focus on aspects of the show that the writers got wrong such as the way they handled rape storylines. There’s also a very amusing exploration of just how little Donna Martin (Tori Spelling) got to do in the show for the first two seasons until she revealed she was a virgin. There are other character spotlights too that will provide plenty of amusement.

At the end of the book there’s some space dedicated to the spin-offs and reboots, including the divisive 2008 continuation ‘90210’, which ran for five seasons and featured some of the characters from the original series during its earlier seasons. It also mentions the meta-revival ‘BH90210’, which aired in 2019 and saw all of the original cast minus the late Luke Perry poking fun at themselves while they tried to get a revival off the ground.

The book is illustrated by Julie Kane with some fantastic drawings of the characters on the cover and various pictures throughout. It’s vibrantly coloured too, which makes the hardback book even more of an attractive package.

‘A Very Special 90210 Book’ is a must-have for fans of the series. If you don’t mind gentle fun being poked at the show, you’ll go on a nostalgia-filled trip through the ten seasons and it’ll bring back some fantastic memories. The show clearly holds a very special place in the hearts of the authors and it’s their passion that really sucks you in and shines throughout.

Advertisement. Scroll to continue reading.
In this article:Beverly Hills 90210