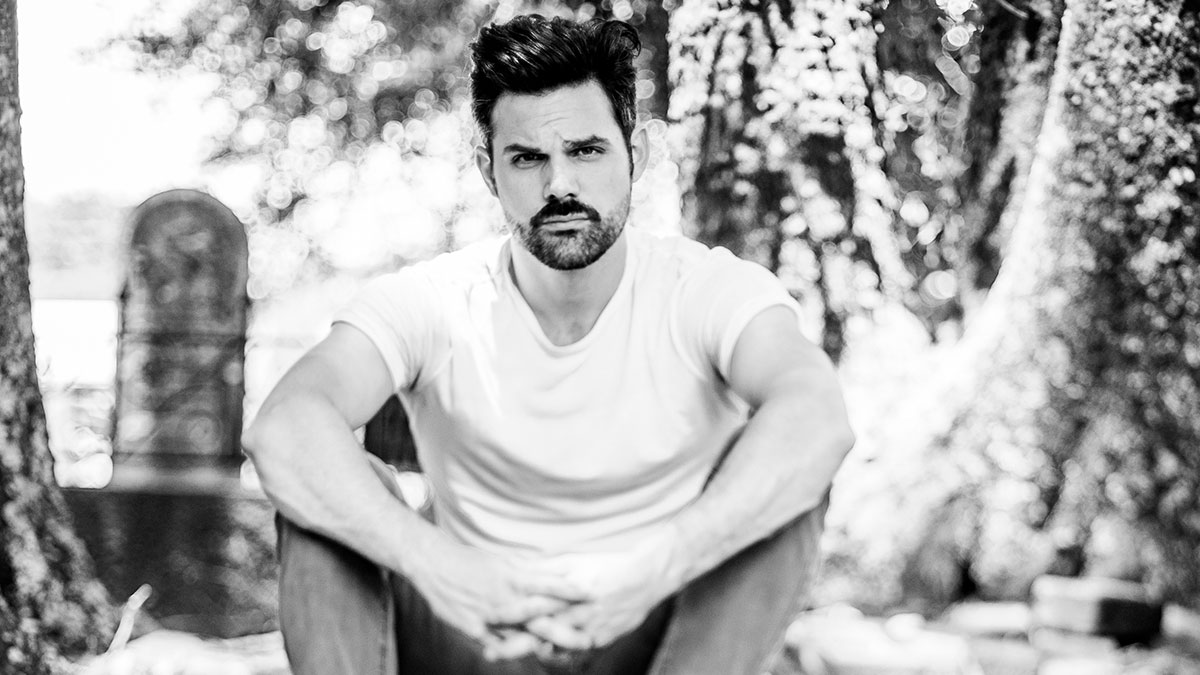 Cody Belew appeared on ‘The Voice US’ season 3 where he was part of CeeLo Green’s team and he reached the live shows.

Since his time on the show, Belew has been writing and recording and his most recent release is a cover of Dwight Yoakam’s classic ‘A Thousand Miles From Nowhere’. He has plans for more new music in the near future and he’s really starting to turn heads in Nashville.

I caught up with Cody to talk about his career so far, discuss his time on ‘The Voice US’ and to find out what he’s got coming up…

Hi Cody. How are you doing and how have you been coping in 2020?

Hello! You know, I’m feeling the hive mentality of “doing one’s part”- wearing my mask, mostly staying home. I’m an upholsterer by trade so I’m fortunate in that I am able to work at home without too much fuss. And I’ve completed a mountain of home and garden projects this summer that have taunted me for years!

Your new release is a cover of Dwight Yoakam’s ‘A Thousand Miles From Nowhere’. Why did you decide to cover that song and how have you put your own stamp on it?

I’m a tried and true 90s country fan. So I’m humming or singing a Dwight song at any given time. Let’s just say I keep him in heavy rotation. This one though, I felt was right on time with the state of things. We’re all feeling a little isolated and lonely. Even though neighbors are right next door, at times, it feels like they’re miles away. Dwight’s original version sings from that Bakersfield sound that he’s so fond of emmenating. But I wanted to lean into the melancholy of the lyrics to illustrate that universal isolation that we’re living in now.

What’s your plan for new music beyond this song. Do you have a larger body of work on the horizon or are you sticking to singles for now?

We’re in the process of planning our 2021 release calendar. I have a full-length album pretty much ready to go. I wrote and recorded it while I was going through a divorce a few years ago, but it’s only now getting it’s due. We’re revisiting some of the songs- updating and tweaking where we can.I love all aspects of being an artist and a songwriter. Hell, I even love the nuts and bolts of the business side of it, but the creation of the music is what really turns my crank. I didn’t want to release this album before now because I knew it would die on the vine without a team in place to support the launch. And I’m so proud of it. I couldn’t bear the thought of watching it wither like that. I had no idea I’d be sitting here at the tail-end of 2020 with a record deal, but stranger things have happened!! We’ve got something REALLY fun lined up for Christmas this year, but I’m not allowed to talk about it yet!

You reached the Top 8 on ‘The Voice’. What was that experience like for you and what did you learn from it?

For a kid from rural Arkansas who only ever wanted to sing for as many people as could be packed into an arena, The Voice was as close to that dream as I’ve come so far. I knew that for 3 minutes each week, most of the world was watching and they were just on the other side of that camera that was focused solely on me- taking in my every move. There’s no drug quite like that one and it took me the better part of two years to flush it from my system. I learned that there has to be a separation of performer and self. Definitely commit fully to the delivery of the song, but don’t lose yourself in the adoration of the crowd. It’s a thirst that is never fully quenched. So I’m glad I had that time in the spotlight to learn that lesson prior to this next iteration. I have a much clearer sense of self and a better footing in what’s real and what’s just for show.

Since being on the show you’ve written with some incredible artists including Jillian Jacqueline and Hailey Whitters. What do you look for in a co-writer and how does your songwriting process work?

More than anything, I look for storytellers, and writers that are good at turning a phrase. Those are my favorite lyrical moments. I’m also really interested in a fellow songwriters melodic point of view. I’m always fascinated when another writer comes up with a melodic line that I never in a million years would’ve considered. That’s the thing that, for me, will cause me to lose trust in my own instincts if I’m not careful. I feel like Nashville as a community really pushes for co writing- especially three-way writes. Most of my writing is done alone. I find the pace of it to be less stressful when I can ponder a hook, sometimes for months, until the rest of the song comes to me. I guess my process is more pull than push. I never try to force a song to happen. They show up when they want to be heard.

Your song ‘The Choice A Lonely Heart Makes’ was used in the CW series ‘Roswell, New Mexico’. What was it like to have your song in that show?

If I told you it all happened because a man walked into a restaurant where I was tending bar and the only people in the place were the two of us you’d never believe me! But it’s the truth.

He was waiting on a flight, had some time to kill, and came in for a cheeseburger (notably the best in town).  I’m never one to sell myself to unsoliciting strangers, but he just kept pressing me for a backstory. When he figured out I was a writer he said, “PLEASE! Send me your stuff! I’m a music supervisor and would love to listen to it!” I emailed him a link to the songs as he was walking out the door, and, I kid you not, in less than 7 days he had a placement for me. Only in Nashville, right??! That was really the beginning of this next phase in my journey. It’s only gone up from there. I’m incredibly lucky.

Touring hasn’t been possible for much of this year but you’ve played on the bill with some incredible acts. Who has been your favourite and why?

Oh. There’s no question. Performing with THE Muppets – like, the actual Muppets, has been the highlight of my career so far. Miss Piggy was so generous with her time and even interviewed me and a few of the other guys prior to our performance. This was for CeeLo’s televised Christmas Special that we taped at Planet Hollywood in Las Vegas while we were doing The Voice. Rod Stewart was also a guest artist, and would’ve been the one I wrote home about had it not been for Kermit the Frog in the dressing room across the hall.

What plans do you have for the holidays this year?

Well if it weren’t for that damned Covid I’d be planning to travel back to Arkansas to gather around the table with my extended family. I couldn’t bear the guilt of being in one of those news stories you read about where a family dinner becomes a super spreader event, so I’m most likely going to phone this one in. I’m just taking things day by day just like the rest of the world. I’ll be merry and bright no matter where I end up though. Christmas is my favorite holiday by far.

Cody Belew’s cover of Dwight Yoakam’s ‘A Thousand Miles From Nowhere’ is available to download and stream now. Take a listen below: