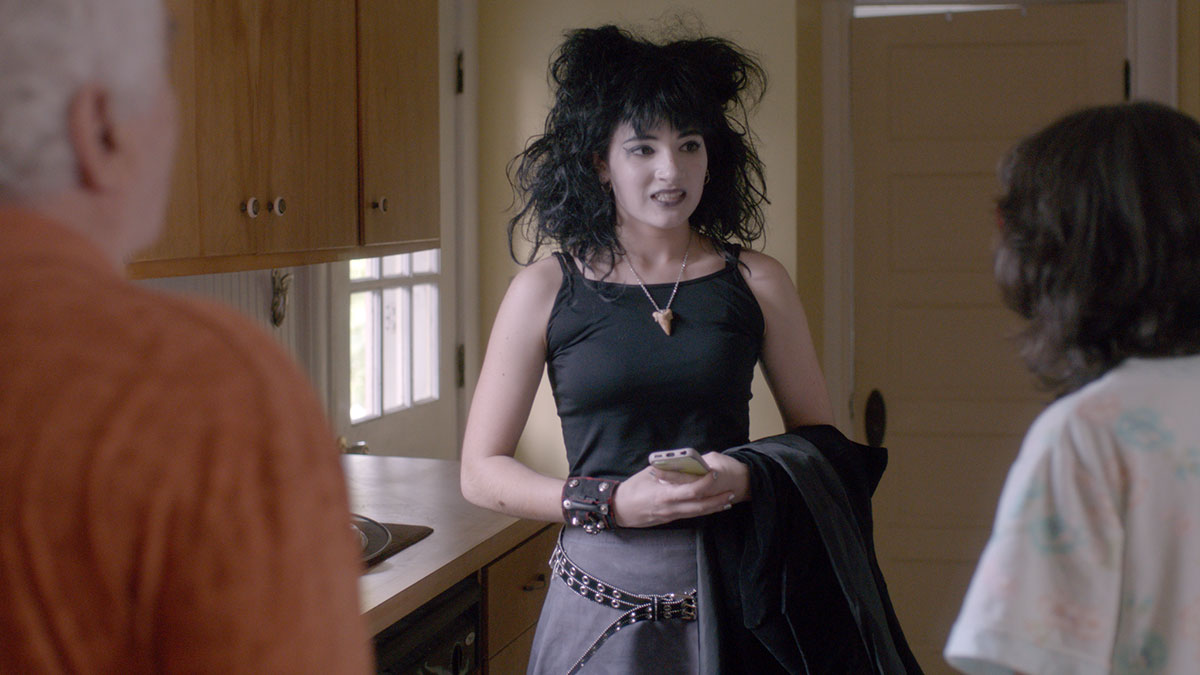 Joey (Natalie Shershow) is mourning the death of her father and is sent to spend the summer with her grandparents while her mother goes on a book tour. Unhappy at the prospect of being stuck with her grandparents, Joey meets Victor (Jack Levis), a mysterious and intriguing goth that lives across the street, and becomes close with him quickly. As she’s transformed into a goth and falls deeper for Victor, Joey realises that her new beau and lifestyle may not be all it seems, forcing her onto a path of self-discovery.

‘My Summer As A Goth’ is a coming-of-age story from co-writer and director Tara Johnson-Medinger. It takes the familiar fish-out-of-water trope and does something a little different with it. Joey is spiralling and feeling lost following the death of her father and her relationship with her successful author mother is strained as a result. In some ways, Joey’s decision to transform into a goth is as much to hit back against her family as it is to try and impress Victor.

There’s something a little uncomfortable about the way that Victor treats Joey. He quickly realises that she’s easily influenced and he manipulates her through much the rest of the film. At times his behaviour borders on controlling and dare I say abusive, yet Joey runs around after him like a lap dog. Perhaps even worse is that his friends, who become her friends, allow him to do it and it takes them quite a while to step in and do anything about it.

While Joey’s new goth friends might be bad influences, and downright awful to her, she at least has her existing best friend Molly (Rachelle Henry) to confide in and her burgeoning friendship with Antonio (Eduardo Reyes), a boy who has had his own issues with Victor prior to her arrival. She also had her caring grandparents who raise their own concerns about the shift in Joey’s behaviour following Victor entering in life, citing her uncharacteristic turn to drink and recreational drugs.

Natalie Shershow is the undoubted star of the film. She’s awkward and loveable enough to make you care about Joey. Her performance is more nuanced than Jack Levis’, who broods impressively but doesn’t really add any depth to the character.

‘My Summer As A Goth’ is an entertaining enough film but it doesn’t dig deep enough into the way that Victor treats Joey. Instead it brushes it off as ‘just the way he is’, which isn’t really good enough. Thankfully everything comes good by the end, and you could argue that the film is just showing what life can be like for troubled teens, but I do feel the storyline could have been handled slightly better.