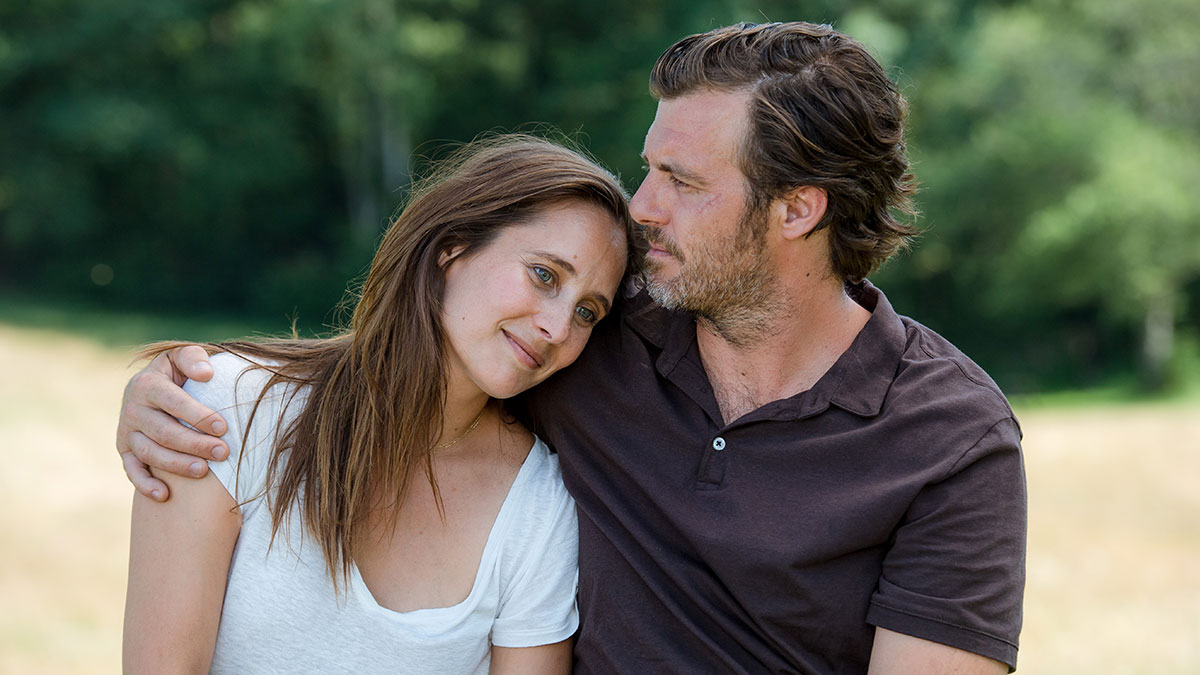 Given the strange times we live in, it’s no surprise that when we see people in dramas coughing and spluttering all over the place, our alert levels hit the roof. But this show was recorded pre-COVID, so when someone enters a supermarket sweating profusely and bleeding from their nose, coughing over the fruit and vegetables, no one seems to bat an eyelid. Me, I’m screaming at the screen to get him out of there!

This is the third and final instalment of the ‘By The Lake’ trilogy set on the beautiful shoreline of Lake Annecy next to the city of the same name in south eastern France. It stars husband and wife detective team Lise and Clovis again, played by Julie De Bona and Lannick Gautry.

The story this time starts with a bizarre boating accident on the lake, where a jeweller loses control of his vessel and crashes into a jetty. However, it’s not the crash that kills him, but instead doctors suspect he’s been poisoned. And soon other victims start to show similar symptoms – extremely high temperature, hacking cough and finally, a fatal internal haemorrhaging. It’s a grim watch at times, particularly given the current pandemic situation we find ourselves in. I would suggest that if you or a loved one has been directly impacted by coronavirus, think carefully before watching this – it might be a bit raw.

In parallel to the mystery of victims of the apparent poisonings, we also learn of a mother whose daughter – who attends the same school as Lise and Clovis’ son – is missing. The girl’s father is also not answering his phone. Is there a link between the missing girl and her father and the infections?

Fans of the finest French series to ever grace our screens, ‘Spiral’, will recognise Bruno Debrandt, who plays Abel Verdan, a lawyer and former professor of Lise’s. Debrandt played Commissaire Vincent Brémont in ‘Spiral’.

‘Fear By The Lake’ (‘Peur sur le lac’ in French) is shot over six hour-long episodes. It is, to be fair, a fairly standard police procedural, but the storyline and beautiful setting raise it above the norm. The characters are relatively straight-forward and the script unchallenging, but it is gloriously pleasing on the eye and moves along at a decent pace throughout. I will admit to being rather sceptical at first, but by the end of episode one, I was fully engaged and keen to see how it progresses. It does what every good mystery needs to do – it draws you in and makes you want to follow it through to a conclusion.

You don’t need to have seen the previous ‘By The Lake’ series to enjoy this. It stands up perfectly well on its own. If you enjoy a good crime show with stunning scenery and solid acting performances, this will do nicely.

Walter Presents: ‘Fear By The Lake’ will premiere on Channel 4 at 11pm on Sunday 8th November 2020. The full boxset is available now on All 4.