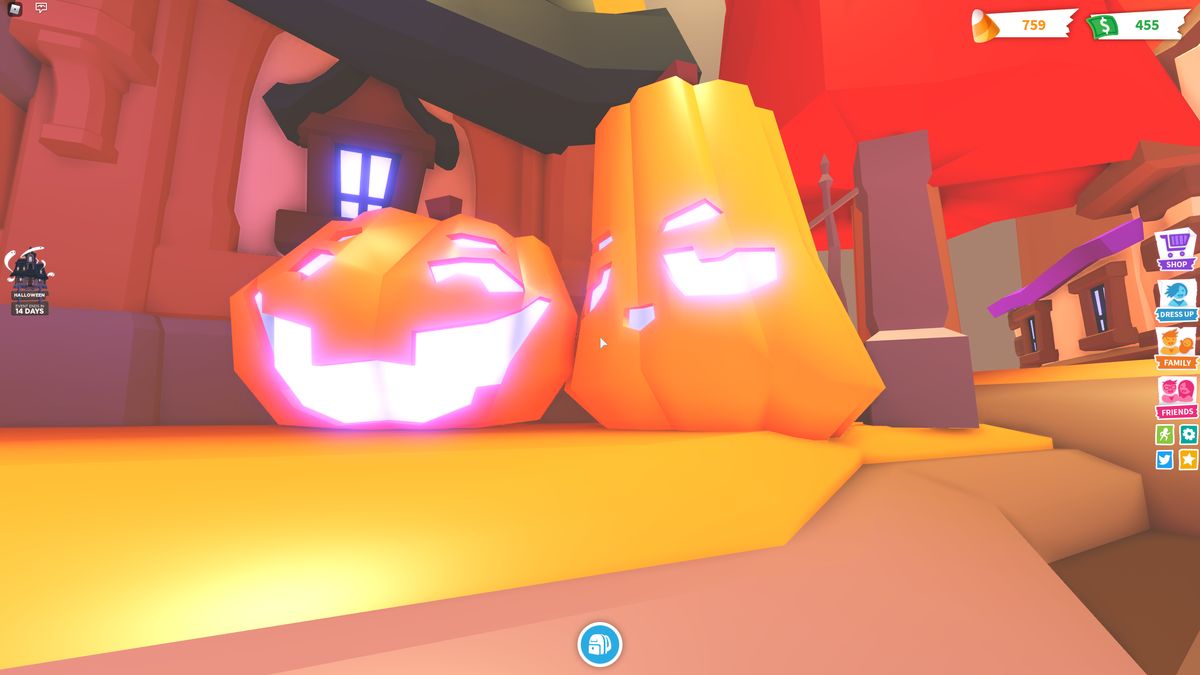 Adopt Me is the game that just keeps giving at the moment, not only have we had the recent fossil egg update but now the Halloween event has gone live with lots of new pets up for grabs. The event is running for the next fourteen days giving you plenty of time to get your hands on at least one of the new furry friends. As well as the new pets there are accessories for you, your pets and your house. Plus there’s even a limited time free pet in the form of the flying pumpkin!

The Halloween event centres around the haunted house that doubles up as the Halloween shop. Here you can buy the new accessories, some of the new pets and also bat boxes. The currency here is not the usual bucks that you would normally spend in-game, as it’s Halloween you’ll be collecting and spending candy.

There are several options to get candy. First, if you visit the Halloween shop every day the Headless Horseman character there will give you 200 free candy each day. Second is to take part in the mini-games. In one game you have to race around collecting pumpkins, in the other, you become a ghostbuster and have to work together to take on the ghosts. The higher your score in each game the more candy you get as a reward. Finally, you could spend your hard-earned Robux to get candy.

Once you’ve completed your first mini game you’ll be rewarded with a flyable, ridable pumpkin pet but you’ll only be able to use this pet during the event.

See the Pumpkin Smash game in action in the video below:

I imagine people are most excited about the new pets that are available and there are plenty to choose from. First up is the Cerebus who can be bought with Robux from the Adopt Me store. The Cerebus will be available permanently and currently costs 500 Robux.

Next we have the Ghost Bunny who costs 1000 candy and will only be available during the Halloween event. A slightly harder pet to get is the Skeleton T-Rex who will set you back 10,000 candy.

See the Spirit Showdown game in action in the video below:

Finally, we come to the bats. For 1000 candy you can buy yourself a bat box which will contain either a normal or albino bat with the albino being much rarer.

There you have it, folks, all of the most important details of the new update no get out there and start collecting candy!

Check out the gallery below to get a glimpse of all the new pets: