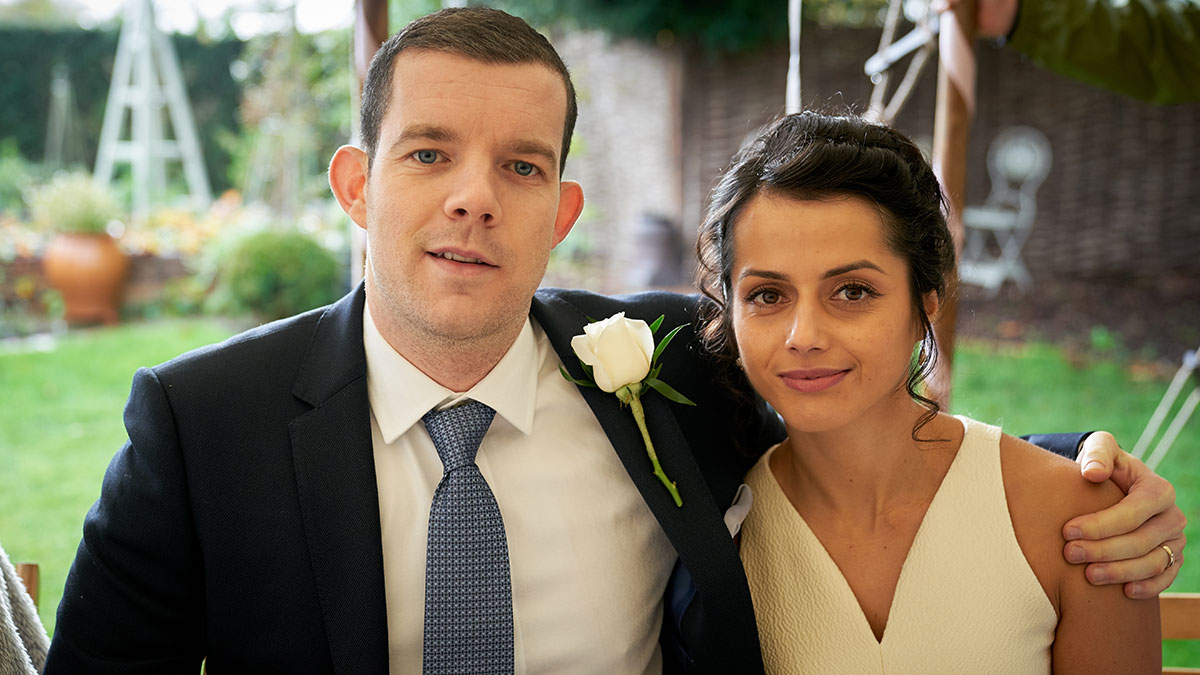 The arrival of a new character threw a curveball in episode 2 of ‘The Sister’ tonight.

Police detective Jacki (Nina Toussaint-White) interviewed Nathan about Elise’s disappearance back in 2010 and it was revealed in tonight’s episode that she’s also best friends with Holly (Amrita Acharia). We saw the moment Jacki and Nathan ‘met’ once Holly threw an engagement celebration and they both pretended they didn’t know each other.

Jacki quizzed Nathan about why he hadn’t been honest with Holly but agreed not to say anything as long as he promised not to hurt her.

In the present day Jacki’s suspicions were raised once again when Holly confided in her about the sudden arrival of Bob (Bertie Carvel). That triggered a memory from the investigation that led Jacki to find a long-standing connection between Nathan and Bob that dated back to the night of Elise’s disappearance.

Nathan meanwhile was harassed by Bob to dig up and move Elise’s body. He was initially reluctant but when Bob threatened to tell Holly and Elise’s parents what they’d done, Nathan agreed and the two went into the woods and located the body.

Read the full recap of ‘The Sister’ episode 2

As Nathan and Bob grimly dig up the woods, the truth about the night that changed everything is finally revealed, and how the mystery of her disappearance continues to haunt everyone involved.

When Holly confides in her best friend Detective Jacki Hadley about Bob’s reappearance, the truth niggles at Jacki… Will she connect the dots?

Just when Nathan hopes he has finally turned the page, Bob has another twist of the knife. Now he must decide once and for all what he will do to keep the secret.

‘The Sister’ continues tomorrow night at 9pm on ITV. Preview the episode with our gallery below: