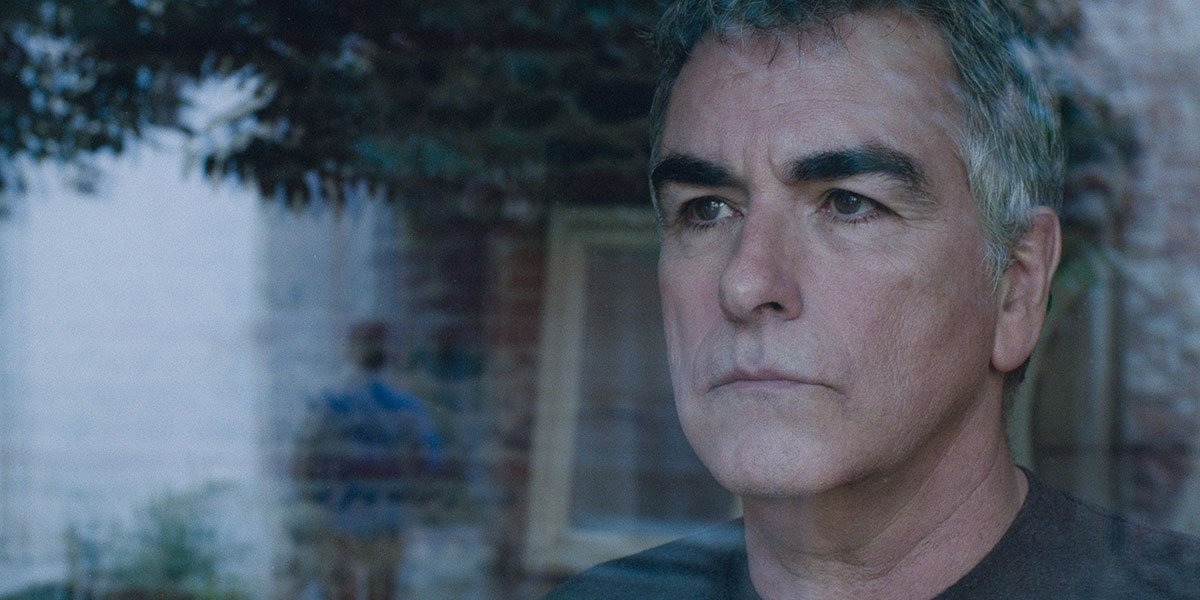 Jean (Antoine Herbez) is devastated when he learns that his son Maxime (Valentin Malguy) has been found dead in a hotel room with his boyfriend Kevin (Paul Arvenne). Both found with belts around their necks, an autopsy finds that Maxime died seven minutes after Kevin and that both had drugs in their system. Jean’s grief propels him to try and find out more about Maxime’s life and he visits the Bisou club, a place his son used to frequent, posing as a writer.

‘7 Minutes’ opens with Maxime and Kevin taking drugs and having sex. The two seem to be happy and enjoying each other’s company, until Maxime loses consciousness and Kevin discovers he’s dead. It’s a stark opening and is sure to catch some people off guard, particularly as it takes a further dark turn when Kevin makes a split-second decision. Once the two men are discovered, the story switches to Jean, Maxime’s grieving father.

At first Jean just wants to understand his son’s life, realising that he never really knew him as well as he thought he had. He heads to the Bisou club, where he meets flamboyant host Fabien (Clément Naline) who knew his son. Jean isn’t upfront about his identity, instead claiming he’s writing a piece about the men that visit the club. Soon though, a strange father-son relationship forms between Fabien and Jean as they spend more time together. That turns into something altogether more complicated with Fabien attempting to seduce Jean and Jean using Fabien as a substitute son that he can save from the world that killed his own son.

The film throws up quite a lot of questions, particularly around Jean, which it never really answers. When Fabien and Jean’s relationship turns sexual, you have to wonder if director and writer Ricky Mastro is commenting that perhaps Jean was repressed sexually or if he’s taken the quest to discover who Maxime was too far. It’s not made very clear, which makes the film quite uncomfortable at times.

Antoine Herbez is strong as Jean, embodying a man whose grief for his son leads him to behave in ways he never imagined. Whilst it is slightly creepy that he doesn’t initially reveal his true identity, you can understand a father’s need to try and connect with some part of his late son’s life. Clément Naline is impressive too as Fabien, the flighty and flirty friend of Maxime who sets his sights on Jean almost as a challenge.

‘7 Minutes’ is an entertaining film but it could have done with delving a little deeper and answering the questions it poses. As an exploration of grief, it’s quite strong but I would have liked a much more thorough exploration of the dynamic that develops between Jean and Fabien. Mastro’s film is thought-provoking and at times touching, I just wish it had gone deeper.