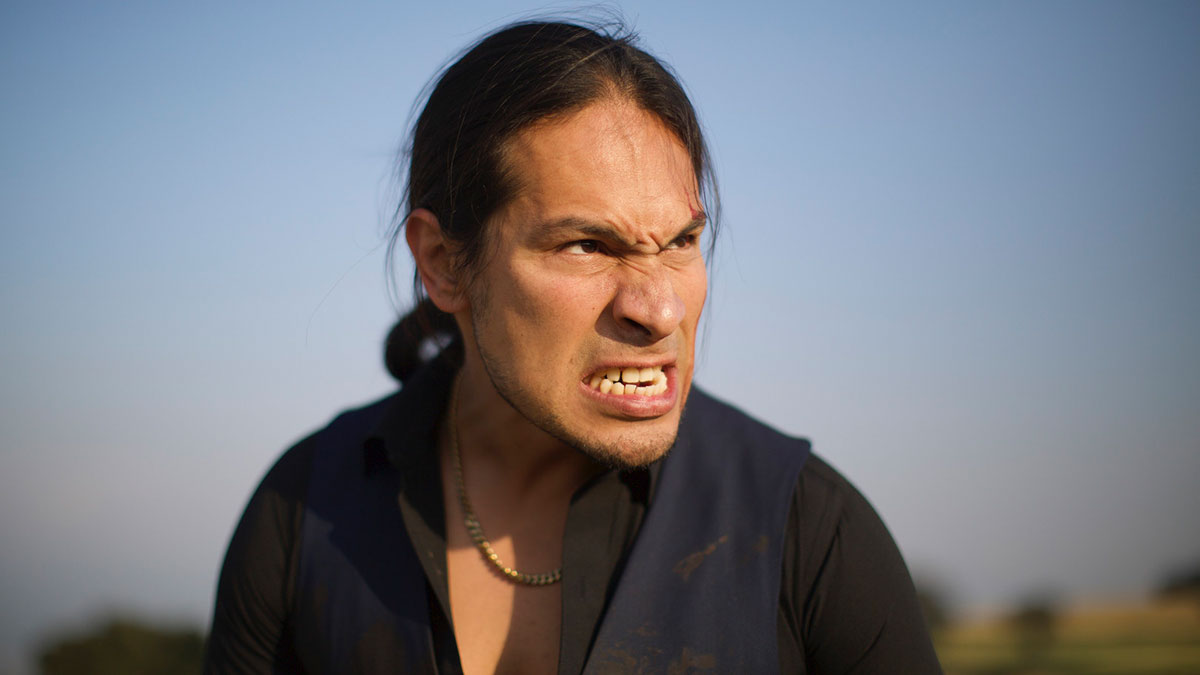 Pedro de Toro (Daniel Martínez) has spent his life helping the drug cartel with financial advice but he decides that he wants out. Paying his way out of the situation, Pedro and his family are held in a safe house in a secluded place. The arrival of a young girl called Lina (Paulina Gil) spells trouble for the family when a group of professional assassins follow her. Realising they are there to kill Lina, the de Toro’s try to protect her as they battle to save their own lives.

‘Origin Unknown’ is a twist on the home invasion sub-genre from film-maker Rigoberto Castañeda. The premise is a strong one and the film grabs you with how fantastic it looks. Castañeda uses split-screen to great effect and the whole film has a really nice visual style that’s striking and inviting. Following the obligatory scene setting, ‘Origin Unknown’ wastes no time getting to the heart of the story and the action ramps up quickly.

Francis (Lisette Morelos), the wife of Pedro and step-mother to his two children, takes Lina under her wing and there are some nice touches exploring the strained relationship she has with her step children. That makes a scene that happens much later in the film pack a real punch, and it’s a very strong moment in the film. Pedro’s two children – Beto (Matías del Castillo) and María (Paola Marín) – have very different relationships with their father with Beto more reliant than his older, more rebellious sister.

What Castañeda gets spot on is the tension. The film is incredibly tense and there’s a twist you may, or may not, see coming that changes everything. ‘Origin Unknown’ moves from straight-up home invasion thriller to supernatural horror, and the shift in gears is a welcome one. The story of Lina and how she comes to be at the house is intriguing and the way it unravels is hugely satisfying. There are also a few echoes of ‘Let The Right One In’ about the relationship that forms quickly between Lina and Beto.

Paulina Gil is the undoubted star of the film. She has the hardest role and for a good portion of the film she barely utters a word. She has to emote through facial expressions and body language. Once she is able to kick things up a gear, she’s superb but I can’t say too much more without spoiling anything.

‘Origin Unknown’ really surprised me. I thought I knew what I was going into and the film turned out to be something completely different. The fast pace, superb editing and distinctive visual style marks it out as a cut above other films of a similar ilk. The scares may be scarce but the action really ramps up quickly, and once it gets going you’ll be hooked. I thoroughly enjoyed this film!