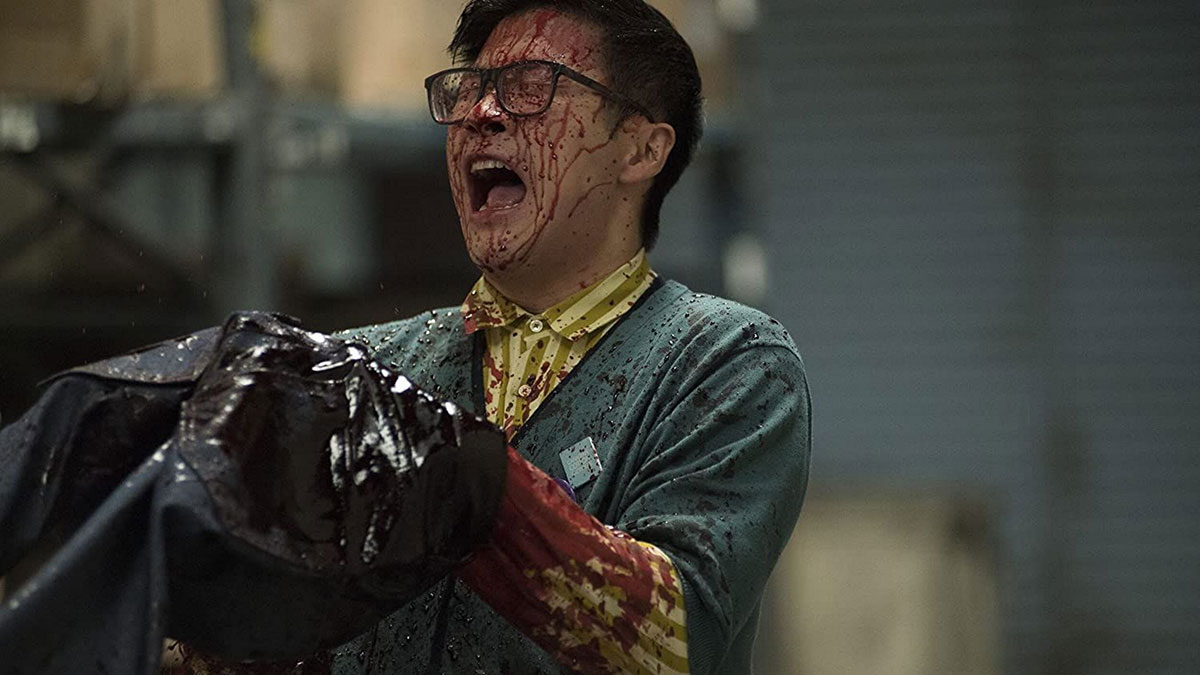 Wide-eyed new store clerk Libby (Romane Denis) scores a job at her favourite clothing store, a chain that markets itself on being ethical. As the store gears up for the arrival of influential vlogger Peyton Jules (Erica Anderson) as a publicity stunt for its new form-hugging jeans, the employees discover that the new range is killer, just not in the way they expected.

‘Slaxx’ is from director Elza Kephart who co-wrote the screenplay with Patricia Gomez. The film is a heavy-handed commentary on capitalism and why it’s bad, the rams home the point a little too often for it to be truly effective. Libby quickly discovers that the clothing store she’s idealised for years, isn’t what she thought it was and when she discovers the dead body of one of her new colleagues, she runs to tell supervisor Craig (Brett Donahue) who is only bothered about a potential promotion.

As the jeans stalk around the store premises, they take down anyone they come across acting as you’d expect the killer to in a slasher film. It’s fair to say the effects are pretty impressive and while the whole idea is beyond ridiculous, it is well done. Libby, with the help of colleague Shruti (Sehar Bhojani) manages to figure out what’s going on and why, and there’s a bit of clunky exposition to explain it to the viewer.

To really highlight just how awful capitalism is, all of the characters (with the exception of two) are written as horrendous people. That makes it easier for you to be root for the jeans to pick everyone off as you simply don’t care about them. Perhaps had the setting been anything other than a corporate clothing store, the film might have been a little less on the nose and a little more thought-provoking.

Social commentary is no new thing in films and what Kephart tried to do here is admirable but for me, it just didn’t work. The film falls too often into comedy territory meaning the tone is all over the place and the message gets lost. Honestly, there’s probably no way a film about killer jeans could really be taken seriously is there?