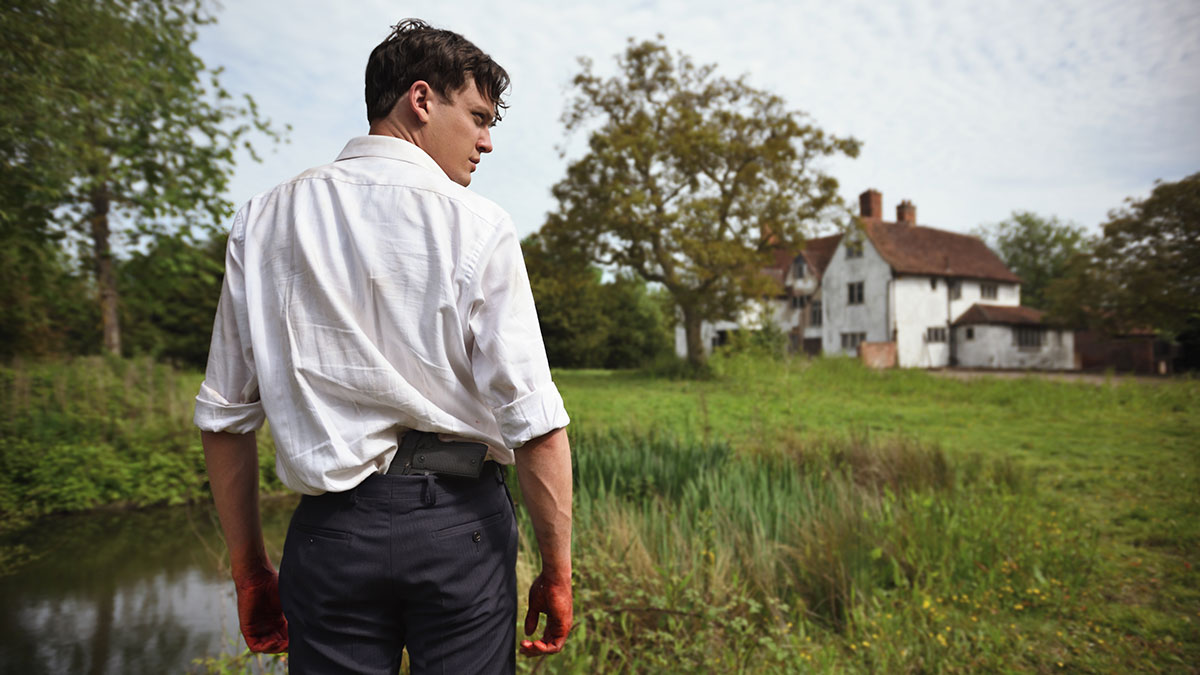 A gang of criminals take refuge in a deserted safe house after their latest job goes badly wrong. With one man injured, and fighting for his life, the rest of the group must stay put for the night before they can return to their lives. With tensions mounting between the group and each of the men carrying their own guilt, the night is anything but smooth as they fight for their sanity and their lives.

‘The World We Knew’ enjoyed its World Premiere at Arrow Video FrightFest today and it’s an interesting blend of crime and supernatural elements. The feature directorial debut of Matthew Benjamin Jones (who also co-wrote the screenplay) and Luke Skinner, the film is a slow burn that doesn’t rush to give the audience the answers they are looking for. It actually takes more than half the film’s duration before you get a clearer idea of what’s really going on as the film spends its time fleshing out the different group members.

Eddie (Alex Wells), the youngest member, is carrying the guilt of shooting a police officer so the gang could get away with their latest crime while Gordon (Johann Myers), an expletive spitting troubled boxer, turns to drugs to numb his pain and trauma. The eldest member Barker (Struan Rodger) attempts to hold the group together as HP (Simon Rhodes) fights for his life and Stoker (Kirk Lake) appears to be the only one truly coping with the situation. Hanging over all of them is the unpredictable Carpenter (Finbar Lynch) who lays the blame for HP’s shooting on the shoulders of one of the group.

What the directors do perfectly is they build the tension of the story. The supernatural elements are used sparingly, but effectively, over the film’s 78 minutes and visually ‘The World We Knew’ is put together very nicely. Where the film falls short is that the story is a little bit muddled and the motives of the six gang members aren’t always very clear. I was a little unsure on some of the actions, particularly those of Carpenter, and a little more clarity would definitely have helped.

Performance wise, the entire cast is superb. Struan Rodger brings real gravitas as Barker while Alex Wells’ brooding take on Eddie is understated but impactful. Johann Myers gets to utter more swear words than you’d think could be fit into a film of this length as Gordon, and he brings an energy to the film that becomes something of a driving force. Finbar Lynch is very good too, bringing an air of menace and mystery as Carpenter, the member of the group that the rest seems to fear.

‘The World We Knew’ is a solid effort and there’s plenty to admire. For me, the story could have been a bit stronger and a little less abstract, but otherwise the film is very polished and accomplished. You don’t often see a crime drama injected with supernatural elements, and that definitely gives the film a unique hook. ‘The World We Knew’ is something a little different from the norm and it’s without a doubt worthy of your time.