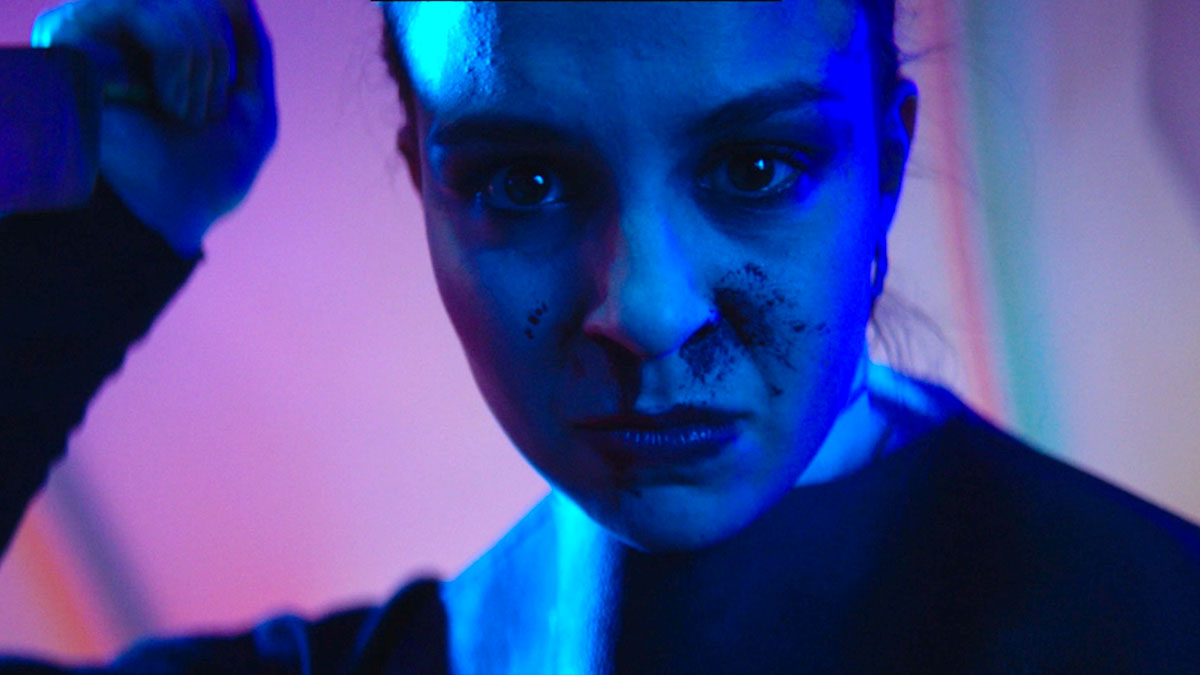 Stand-up comedian Joe Johnson (Guy Combes) is heckled during a show, which causes him to have an explosive response on stage. Following the incident, Joe is taunted by the heckler who begins to stalk him. As Joe begins to suspect everyone around him, the heckler’s taunts increase and he begins to fear that his life is in danger. Can he stop the heckler before it’s too late?

‘Heckle’ is the new film from director Martyn Pick and writer Airell Anthony Hayles, who wrote and co-directed ‘They’re Outside’ which played at Arrow Video FrightFest back in August. The film opens with the murder of stand-up comedian Ray Kelly (Steve Guttenberg), a miserable and foul-mouthed man, and his wife in their home. That part of the story seems somewhat disconnected from the rest of the film at first but over time that events works into the narrative in a surprising way.

The film mostly focuses on Joe, who has more than his fair share of personal demons. A single father who leaves his daughter with his mother, while he gets together with friends, Joe is quickly established as a man who puts himself and his career before anything else. Following the heckling incident, Joe starts to unravel as paranoia grips him and he’s worried the heckler is going to go after his family. The threats mostly take place over the phone initially, before escalating dramatically by the film’s end.

For me, ‘Heckle’ didn’t quite work. It had the opportunity to be a fun slasher but it never takes it, instead focusing on Joe and those around him with the heckler almost playing a background role until much later in the film. The climax does a switcheroo, which unfortunately I just couldn’t buy into and it didn’t feel authentic to what had come before. It’s a shame as there’s a good idea in the premise but it sadly got a bit lost in translation by the time it was committed to film.

Perhaps the biggest problem with ‘Heckle’ is the cast. Steve Guttenberg is very much a small player in the film and all he’s required to do is swear and be angry. I can see the thought behind getting him to play against type but for me, it didn’t work. The rest of the cast is very variable in terms of their acting abilities. ‘Love Island’ star Dani Dyer, who is the daughter of ‘EastEnders’ actor Danny Dyer is notably weak while leading man Guy Combes doesn’t get the nuance right for his character, often going over-the-top with his choices.

‘Heckle’ unfortunately wasn’t the film I was hoping it would be. There are elements that I liked and the overall premise was solid, but the climax let it down as did much of its cast. Had it been a tighter, tauter, slasher-style thriller it would have worked much better but ‘Heckle’ takes too long to get going and under-delivers at its most crucial point.