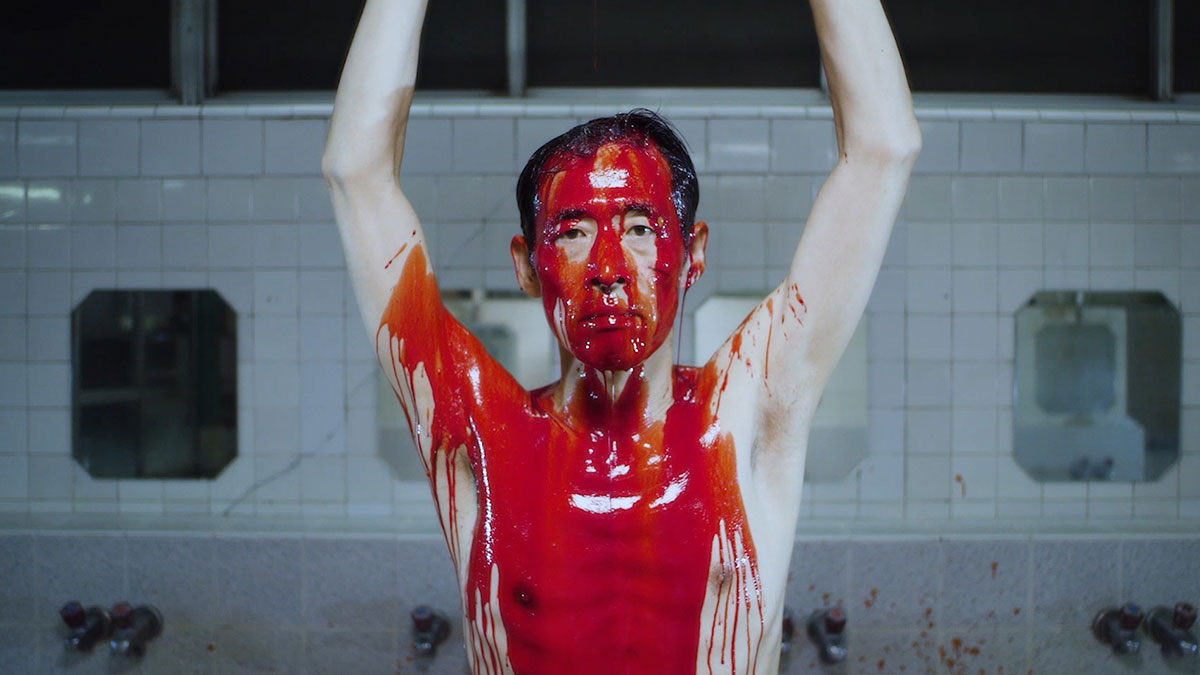 Kai (Hideki Nagai) spends his days retouching photographs for his customers and keeps himself to himself. On a trip out in the woodlands, Kai comes across social media influencer Kyoko (Itsuki Otaki) who he finds hanging out of a tree trying to take the perfect picture of herself. Noticing she has a large visible scar across her chest, Kai uses his skills to edit it out in pictures so Kyoko can present herself as perfect to the world. When Kyoko begins to doubt that she’s going the right thing, the two fall into an intense push-and-pull.

‘Woman of the Photographs’ is from writer/director Takeshi Kushida and it’s an exploration of our obsession with social media. Kyoko, like so many young people, values her self-worth on the amount of likes she gets on social media. When Kai meets her, her influencer status is at risk as her followers are dropping and brands are pulling their partnership deals. Up until that point, Kai’s customers mainly consist of a young woman who wants to radically alter her photos for a dating profile and an older man who asks him to update a photo of his late daughter so he can see what she would look like if she were still alive (the latter is an unexpectedly emotional storyline that left me a bit misty-eyed).

The film takes a turn when Kyoko begins to wonder if she’s doing the right thing and worries about the image of herself that she’s projecting. She, like Kai, becomes fascinated with her scar but whereas he is happy to erase it, Kyoko wonders if she should show her followers the real her. Her decision exposes the double standards that are rampant across social media platforms and it reinforces the pressure the platforms put on people, particularly young women.

Kushida’s direction is beautiful. He finds emotion and beauty in silent moments, and isn’t afraid to let silence drive a scene. Kai’s unease around women is a theme that recurs while Kyoko emerges as a bold woman who knows what she wants. The contrast of the two characters is captured by Kushida beautifully, and the performances by Hideki Nagai and Itsuki Otaki are strong too.

‘Woman of the Photographs’ is one of the more unusual films at Arrow Video FrightFest and it’s for that exact reason that I loved it. A breath of fresh air among the line-up, the film is surprisingly impactful and emotional. It also features very few characters, which allows you to really understand and care about the leads. I’d recommend you take a chance on this film, go in with an open mind and you’ll come out very surprised.