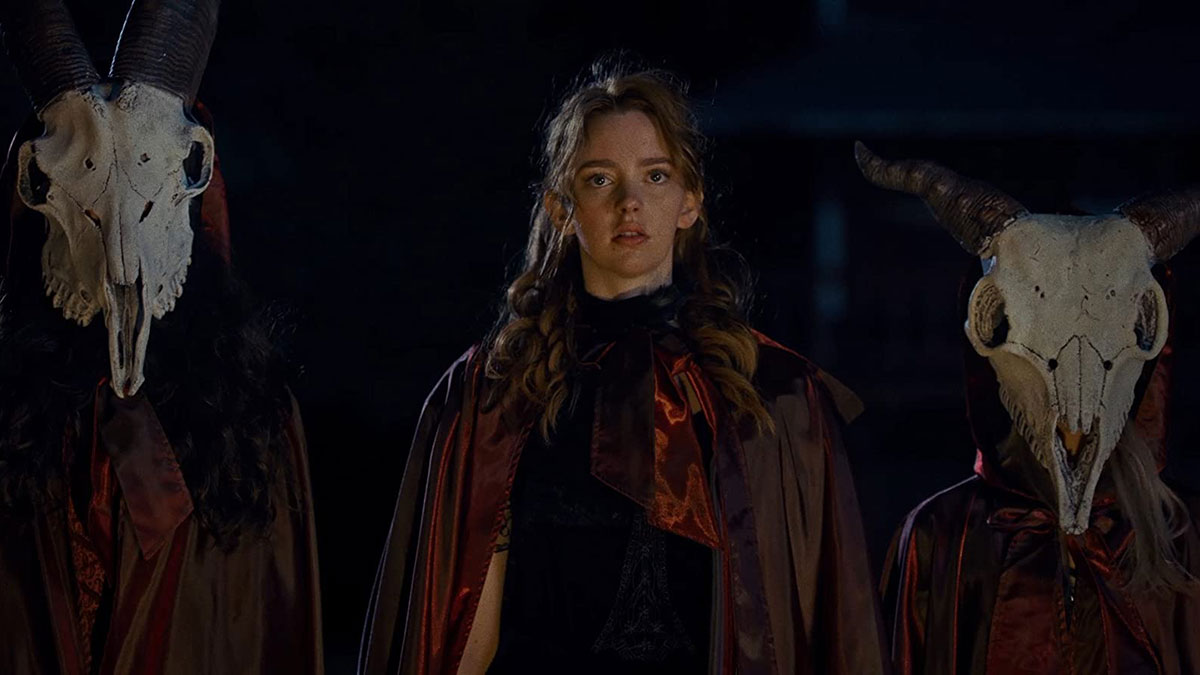 At the request of the distributor, this is a capsule review. The full review will be published once the film has an official release date.

When a train robbery goes wrong, a gang of cowboys take refuge in a ghost town so their leader Duncan (Zachary Knighton) can recuperate. They find a welcome reception from a brothel full of beautiful women, who offer to look after the man and help nurse Duncan back to health. As the men indulge, Duncan’s younger brother Jake (Devin Druid) refuses to participate instead spending time with the brothel’s owner Maria (Melora Walters). Soon the cowboys realise that the brothel isn’t all it seems and the women are actually witches out for blood.

‘The Pale Door’ sadly just isn’t a good film. It ticks off every Western cliché going and plenty of horror ones too. There’s a lack of originality in the script and the cast is left to flail from scene-to-scene. By the time you get to the end, you’ll probably just be glad the credits have started because there’s not a whole lot here to keep you interested or invested. The only saving grace is that the witches actually look pretty great.