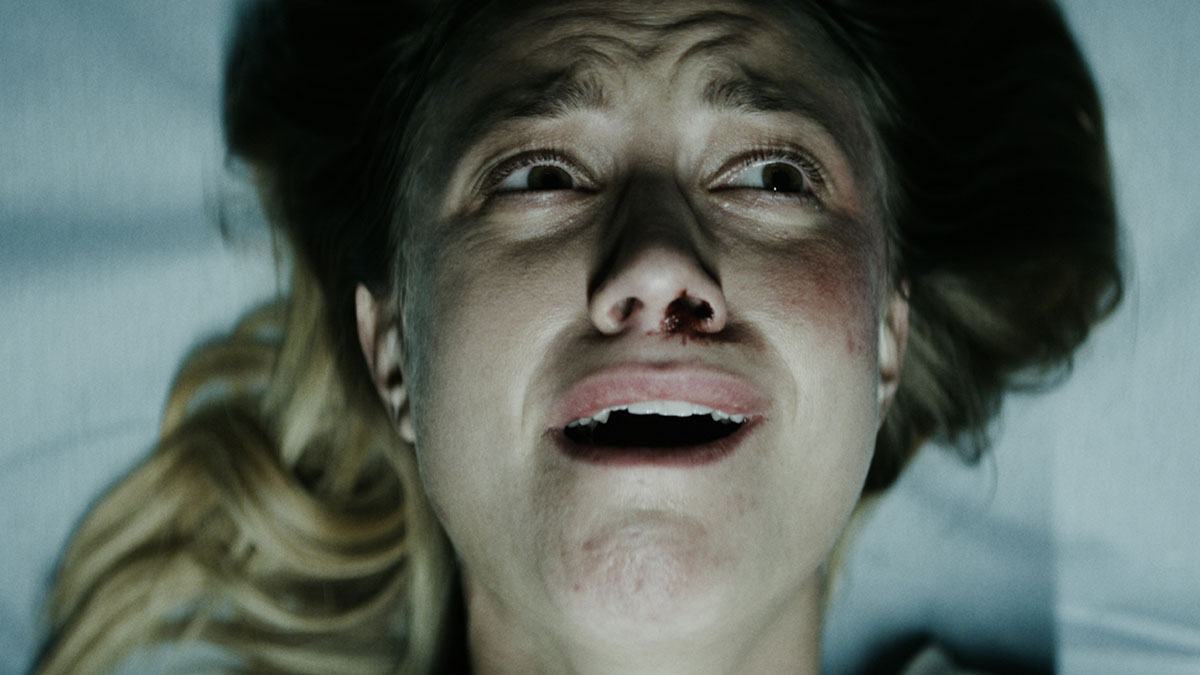 Investor Thomas Lindberg (Anders Heinrichsen) is working with ambitious businesswoman Dr. Isabel Ruben (Signe Egholm Olsen), who believes she’s found a breakthrough to stop the aging process. When a distressed young woman pounds on his front door, Thomas takes her to the hospital leaving his wife Mia (Sara Hjort Ditlevsen) waiting anxiously at home. When Thomas doesn’t return, Mia tracks his phone and goes to investigate but she puts herself in danger in the process.

‘Breeder’ is a tense and at times difficult to watch film from director Jens Dahl and writer Sissel Dalsgaard Thomsen. At the heart of it is a ruthless doctor who will stop at nothing to prove that her medical breakthrough works so she and Thomas can get rich from their discovery. At first Dr. Ruben appears fairly innocent but it’s quickly established that she’s up to a lot more than Thomas is aware of, and unfortunately Mia lands herself right in the middle of it.

The first half of the film is a slow burn as problems in Mia and Thomas’ marriage are exposed, and the distressed young woman turning up at their home flips things on its head. Mia goes to investigate without considering her own safety and soon she finds herself held captive with her survival up in the air. Once Mia is in captivity, the film switches gears and it’s a nail-biting second half that will have you hiding behind your hands at points.

On the one hand the film explores the rights of women to have a say over their own bodies but on the other, ‘Breeder’ is an exploration of just how dangerous the search for eternal youth is. For Dr. Ruben she’ll stop at nothing and she employs some horrendous methods to keep her experiment on track. The film is full of imagery that will have you wretching, and if you’re averse to seeing violence against women on screen, this film is most definitely not for you.

Sara Hjort Ditlevsen is really put through the mill during ‘Breeder’. Her character is degraded, beaten and violated, and it’s not easy to watch. Ditlevsen is so believable in the moments when Mia is overtaken by fear that you quite rightly feel very uncomfortable. She gives herself 100% to the role and that means you feel maximum impact when it comes to what Mia is going through. Signe Egholm Olsen is very good too as the ice cold and manipulative Dr. Ruben. Her mannerisms are terrifying and her steely demeanour is unnervingly menacing.

‘Breeder’ isn’t an easy film to watch. It’s very well made and despite a few minor quibbles, the story is strong (and horrifying). By the time you get to the end credits, you’ll feel emotionally fraught and I’m not sure I’ll ever choose to watch ‘Breeder’ again; not because it’s not a good film but because it was so gruelling to get through. Be warned that the film is incredibly violent and deeply upsetting, but it’s a vey good film.