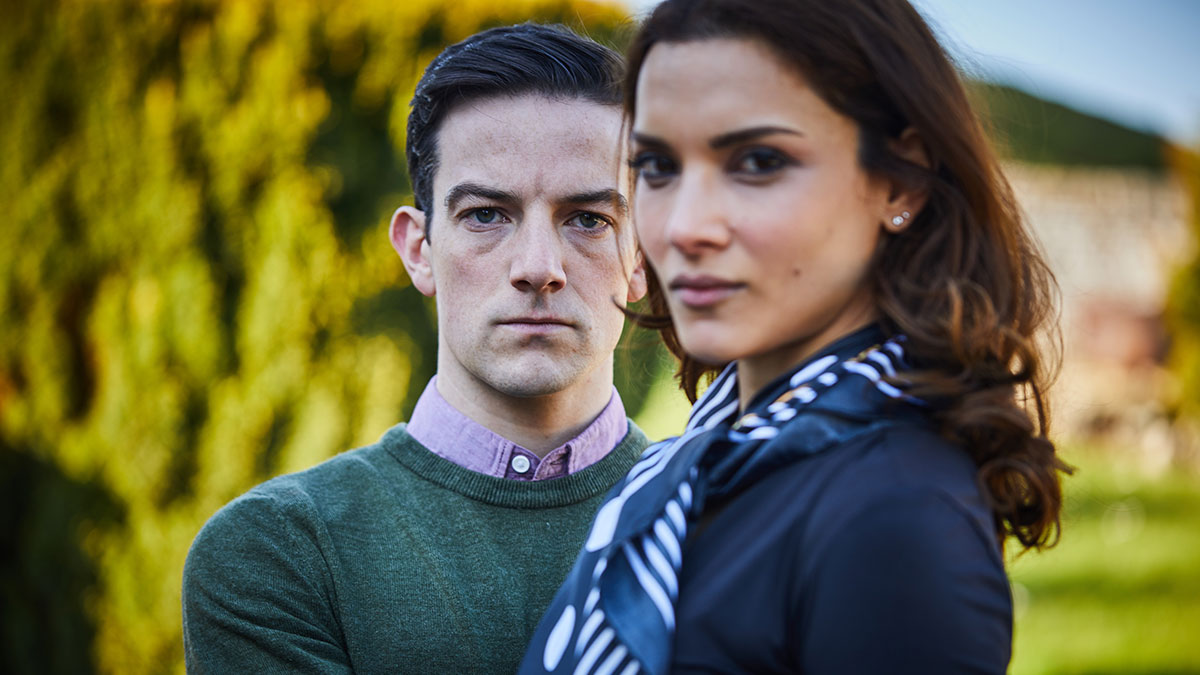 Simon (Kevin Guthrie) and his fiancée Amy (Amber Rose Revah) hire a group of builders to work on their house. Giving them accommodation in damp portacabins, tensions begin to rise between the builders and animosity grows towards Ukranian labourer Viktor (Goran Bogdan). Things worsen when Simon is late paying the men and a confrontation leads to the builders violently attacking him, and leaving him to die. Realising what they’ve done, the builders try to plot their way out of trouble and get the money they’re owed in the process.

‘Concrete Plans’ is a Welsh-set thriller from writer/director Will Jewell. It takes a little while to get the set-up in place, introducing all of the builders and establishing the conflict that emerges between Viktor and the other men. Simon is shown to be a potentially dodgy wealthy young man and he treats the builders poorly, barking orders and losing his temper. His fiancée Amy has a smaller part to play for the first half of the film but she takes a liking to Viktor, with the suggestion that an affair could well be on the cards.

Simon’s attitude, and his lack of willing to pay the builders, marks as turn in events and the film gets a lot darker from that point on. A few twists and turns are delivered on the way, and Jewell uses it as an opportunity to explore the moral compasses of each of the builders. Jim (Chris Reilly) and Steve (Charley Palmer Rothwell) embrace their violent sides, while Bob (Steve Speirs) and Dave (William Thomas) reluctantly follow the path the group chooses to follow. Viktor, being an outsider anyway, is forced into going along with the plan for fear that it’ll be blamed on him.

The ensemble cast works well together. Each of the actors gets a chance to shine and Goran Bogdan is particularly good as Viktor. He has the harder task of having to convey more emotion than the others, and his interactions with Amy are chemistry-filled. Steve Speirs gives a great performance as Bob, the only one of the builders trying to keep everything together and stop the men from going too far.

‘Concrete Plans’ is a slow burner but once it kicks into second gear, it’s a pretty compelling film. There are definitely some questionable character choices and I’m not wholly convinced by one of the twists, but the film did hold my attention. ‘Concrete Plans’ is more in the vein of something like ‘Shallow Grave’ than it is a blood-thirsty horror but its executed solidly, which makes it a decent watch.

‘Concrete Plans’ will be released on Digital HD on 23rd November 2020 by Signature Entertainment.