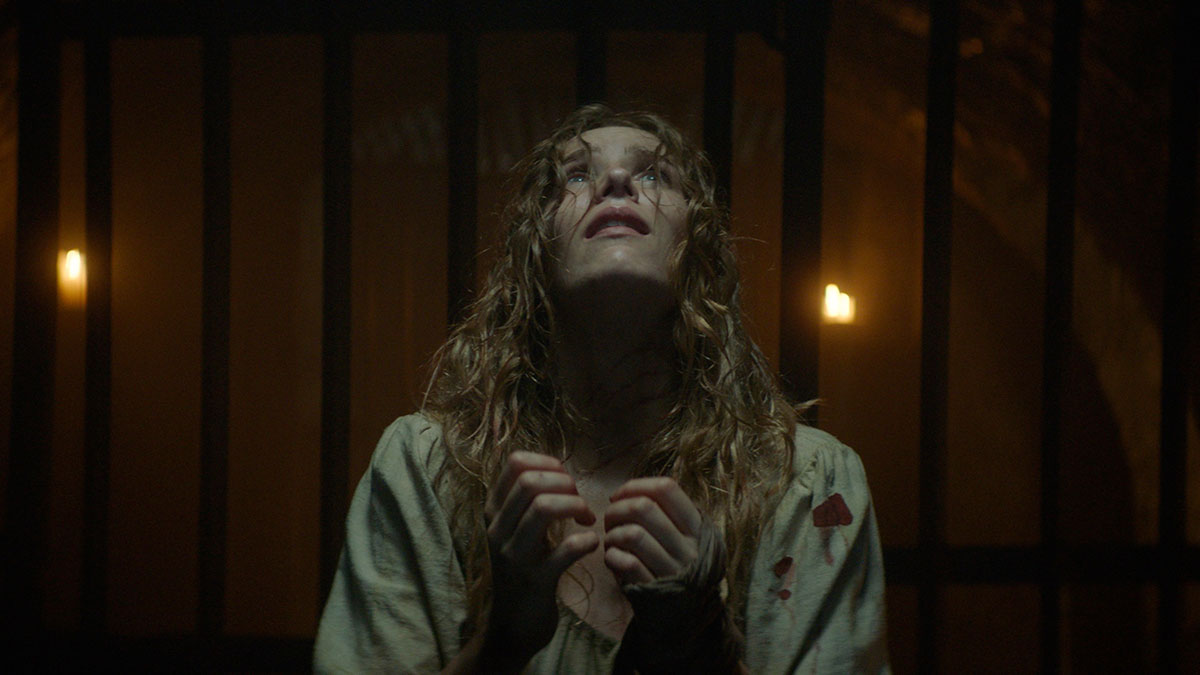 At the request of the distributor this is a capsule review. The full review will be published when the film has an official release date.

In 1665 during the Great Plague in England, Grace Haverstock (Charlotte Kirk) is left to raise her daughter Abigail alone when her husband Joseph (Joe Anderson) commits suicide after contracting the plague. Haunted by the death of her husband, Grace is considered easy pickings by her landlord Pendleton (Steven Waddington), who makes no secret of his desire to have sex with her. Spurning his advances, Grace has a violent confrontation with Pendleton leaving him humiliated. In retaliation, Pendleton stokes up fear in the community that Grace is a witch and takes her prisoner to stand trial with the help of witch finder Moorcroft (Sean Pertwee).

‘The Reckoning’ is somewhat a return to form for acclaimed film-maker Neil Marshall. It’s a solid pot-boiler that’s in no rush to reveal its hand early so you do have to be patient as the plot slowly unravels. The first half hour is excellent but unfortunately the middle lags until the pace picks up again for a thrilling climax. The story and use of the witch trials could be seen as drawing parallels between how women have been treated historically and how they are still treated in society post the #MeToo movement. If that is its point, then it reinforces how much more needs to be done to give true equality to all women across the world.