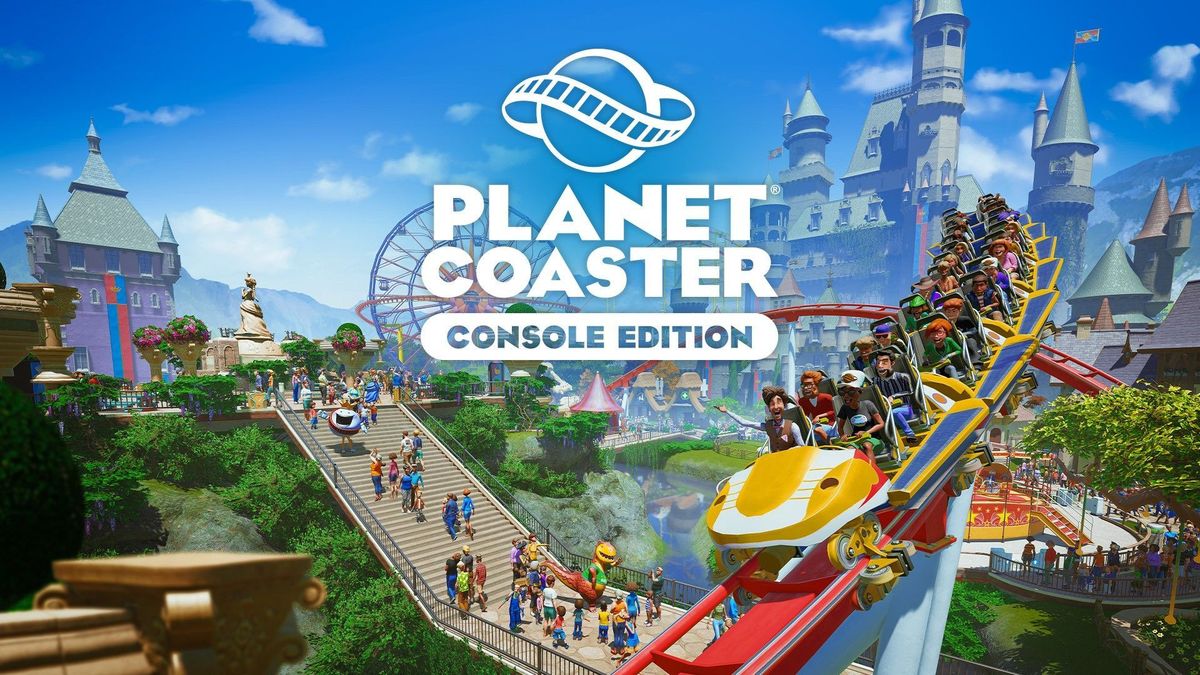 Earlier this week I had the opportunity to go hands-on with Planet Coaster: Console Edition. It’s been almost 4 years since the game made it’s debut on PC. The game is finally coming to current and next-gen consoles in November.

For this article, thanks to the Covid-19 pandemic, I had to play the game running on a remote Xbox One console. My session lasted around 90 minutes and I was surprised at how well the game played over an Internet connection. The video at the top of the article was captured on the actual console and shows some snippets of me playing through the initial tutorial.

Planet Coaster gives you the freedom to build the theme park of your dreams. However, at all times you need to be aware of the balance between keeping your visitors and staff happy while making money. While I’ve seen the original game many times, I’ve never actually had chance to sit and play it before. While there are many different modes to play I decided the introductory tutorial would be my best bet.

Throughout the tutorial you are guided by Planet Coaster impresario Oswald B. Thompson and several other park employees. These are wonderfully voiced and their dialogue is filled with humour. They really hold your hand in getting to grips with the game and start you off with the basics.

One area this type of game tends to struggle with on console is the controls. A gamepad is never going to replace a mouse and keyboard for ease of use. For console, Planet Coaster has been rebuilt from the ground up with an improved user interface and a brand new control scheme. The first lesson is simply in moving the camera. This is done using the left and right sticks to move and rotate while the triggers allow you to zoom in and out. A crosshair in the middle of the screen is used to select what you want to interact with.

Interacting with objects and navigating menus also requires the use of the face buttons and D-Pad. The shoulder buttons are used to move between menu tabs. I must admit I initially struggled performing certain actions and it wasn’t always obviously what you were meant to do. After a little time, as my knowledge improved, things became much easier.

Before long I was placing new rides in my park. This requires choosing a suitable location for the ride and connecting up paths for the entry and exit queues. This might sound simple but I initially found using the gamepad very clumsy for placing paths. Once done it’s time to open the ride and watch your eager visitors flock to the entry queue.

The game allows you to speed up time should you wish. This is useful when things are going well and you want to watch your money grow. You soon learn that visitors can be quite hard to please. Clicking on each guest lets you see their thoughts and feelings. You can quickly work out their level of happiness and gain an insight into how to improve your park.

As well as placing rides you are also tasked with creating things like food and drink outlets, toilets, benches, bins and scenery objects. These are all important in keeping your guests happy. For example, if there’s nowhere to eat or drink then they’ll get hungry and thirsty. If there’s no bins then the park with get covered with rubbish. I’m sure you get the idea.

Placement of everything is also key to a successful park and happy visitors. A food or drink outlet will make more money if it’s placed in a busy area. Themed items placed near a ride queue will keep visitors entertained while queuing. I quickly found a little thought goes a long way to making your bank balance grow. Another area to keep an eye on is how much everything costs. Visitors will get upset if prices are too high but too low could cause you to lose money.

The final thing to manage is staff. You need staff to run your shops, keep the park clean and secure, maintain the rides and entertain your visitors. For example, if a ride breaks down you need a mechanic to fix it. While a ride is broken it doesn’t make money. If you only have one mechanic and two rides go down then one will be out of action for longer. Having too many staff can also be an issue as if you aren’t utilising them then paying them will just waste your hard earned cash.

Staff also need to be looked after and kept happy. You can build a staff building to allow them to take breaks so they don’t get tired. You’re also in control of their wages and how much training they are given.

With only having time to play through the basic tutorial I didn’t get chance to try some of the more advanced features. The last thing I managed was to place one of the pre-built rollercasters. After creating a rollercoaster you need to test it to make sure it works and runs safely. Once open you can also take a ride on it yourself! You can see a ride on the rollercoaster from my session towards the end of the video at the top of this article.

I really enjoyed my time with Planet Coaster: Console Edition. The game is heaps of fun, very addictive and it left me desperate to play it some more. The game has transitioned well from PC to console and it’s clear that the developers have put a lot of thought into the control scheme. I did find some parts a little clumsy but overcame this during my short time with the game. I can only imagine it getting easier over time and I’m sure the developers will be continuing to improve the game as well.

Planet Coaster: Console Edition and Planet Coaster: Deluxe Edition will be coming to Xbox One, Xbox Series S, Xbox Series X and PS4 on the 10th November 2020. UK PS5 players can also jump into the action on the 19th November alongside the console release. Xbox One and PS4 players who purchase the game will be able to upgrade to Xbox Series X|S and PS5 free of charge. The game is available to pre-order now with extra bonus content from some retailers.