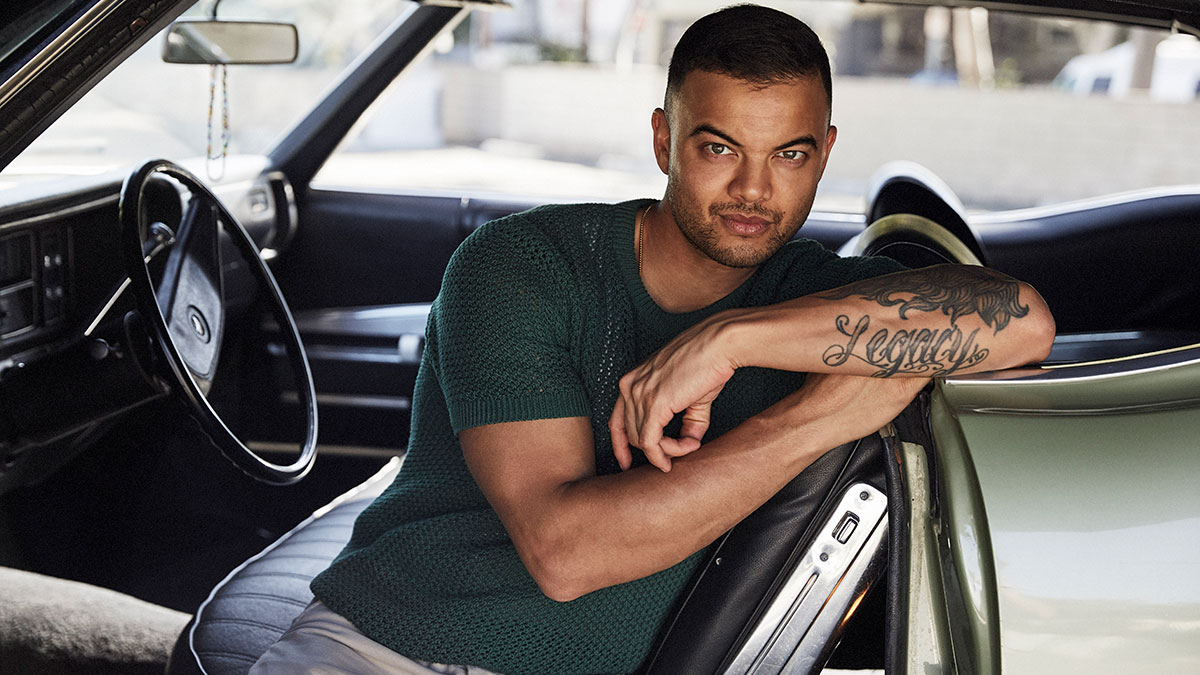 17 years later, he’s one of the biggest recording artists in Australia and he’s been a judge on ‘The X Factor’ and ‘The Voice Australia’, as well as representing his country in the Eurovision Song Contest in 2015. His eight studio albums have hit the Top 10 in Australia as did his ‘Twenty Ten’ greatest hits collection.

Today Guy has released his new album ‘T.R.U.T.H.’ and I caught up with him recently to find out more about it, discuss the lessons he’s learned in his career so far, and to talk about how he’s been coping during the pandemic…

I am good today, thanks! It’s actually my wife, Jules’,  birthday today so we are celebrating her with the kids and our best friends.

Wow the pandemic… this year has been crazy hasn’t it! I miss playing, I miss my band, and it’s tough to think of what everyone involved in the live music scene is going through.  I am grateful I was able to use this time to finish my album, ‘T.R.U.T.H.’, in my home studio.  Not being able to travel has meant I have spent more time than ever before at home with my wife and kids, which has been quite special.  Except for some of those home schooling days…. that was a different sort of special and I have a new found respect for teachers that’s for sure!!

Your new album ‘T.R.U.T.H.’ is released this month. What can your fans expect from it?

This album means so much to me both personally and creatively. Overall there are some deep-themed big ballads and anthems along with some fun uptempo feel good songs. There is a bit of a throw-back to my early days kind of song too! One of my favourite songs on the album is called ‘In A World’ which I wrote with an incredible artist Shungudzo… it’s a song I wrote for my youngest son, Archie, it’s almost like a prayer for the kind of world I want him and his brother to grow up in. I actually recorded both of my sons, Hudson and Archie, and my wife Jules singing on this one, they come in at the end – it’s very special to me!

This is your ninth studio album. What would you say have been the biggest lessons you’ve learned on your journey to releasing this record?

This record was born out of some very challenging times.  But from adversity there are always lessons to be learned and they’ve definitely shaped this album, even so far as in the title. There is a freedom in the truth, and when you live your life openly, honestly, being true to yourself with nothing to hide, no one is able to take anything away from you.

The singles from the record have enjoyed incredible success and your new single ‘Love On Display’ was released recently. What’s the track all about and what’s the story behind it?

My last few singles have dealt with some pretty heavy issues, so it was time for a tune to celebrate the good things in life like LOVE! This song is all about expressing your love –  don’t hold it back, don’t hide it, wear it out there for the world to see. It’s a fun song that I hope make people happy!

’Choir’ has been your biggest radio single to date. What do you think it is about that song that’s struck a chord with people?

I think everyone has experienced love and loss at some point in life –  it’s a common denominator that unites us all.  Grief is so difficult and the idea of celebrating and being glad for having had someone in your life just resonated with people.  I received so many messages from those who had been helped by this song that allowed them to experience a little bit of joy in a really tough time. Those messages mean the world to me, they never get old.

What was the one song on this record that was hardest to get right and why?

Probably I’d say on a production front was ‘Love On Display’. I went through so many revisions in the production – I just could not get it right and I tried so many versions… so after different tempos and production elements I did what I should have done all along and sent it to M-Phazes!  He injected his magic into it which was exactly what it needed.

Your UK fans are keen to see you over here at some point, when it’s safe for touring to resume. Will you be including us on your next tour?

Of course!!! It’s one of my favourite places to tour.  I’ll see you as soon as it’s possible to start making those sort of plans again!

What plans do you have for the festive season?

Our Foundation, The Sebastian Foundation, has an annual carols concert as our major fundraiser and this year we are doing that online so even UK fans will be able to tune in – although the time zone might not suit! – and once that has wrapped the whole family is heading down to Adelaide where my parents and younger brother live – there’s going to be about 40 of us – there will be a LOT of food and laughs. Can’t wait to see my parents and baby brother who is going to be a dad by the time Christmas is here so it will be really special.

Guy Sebastian’s new album ‘T.R.U.T.H.’ is available now through RCA Records. Watch the video for ‘Standing With You’ below:

In this article:Featured, Guy Sebastian