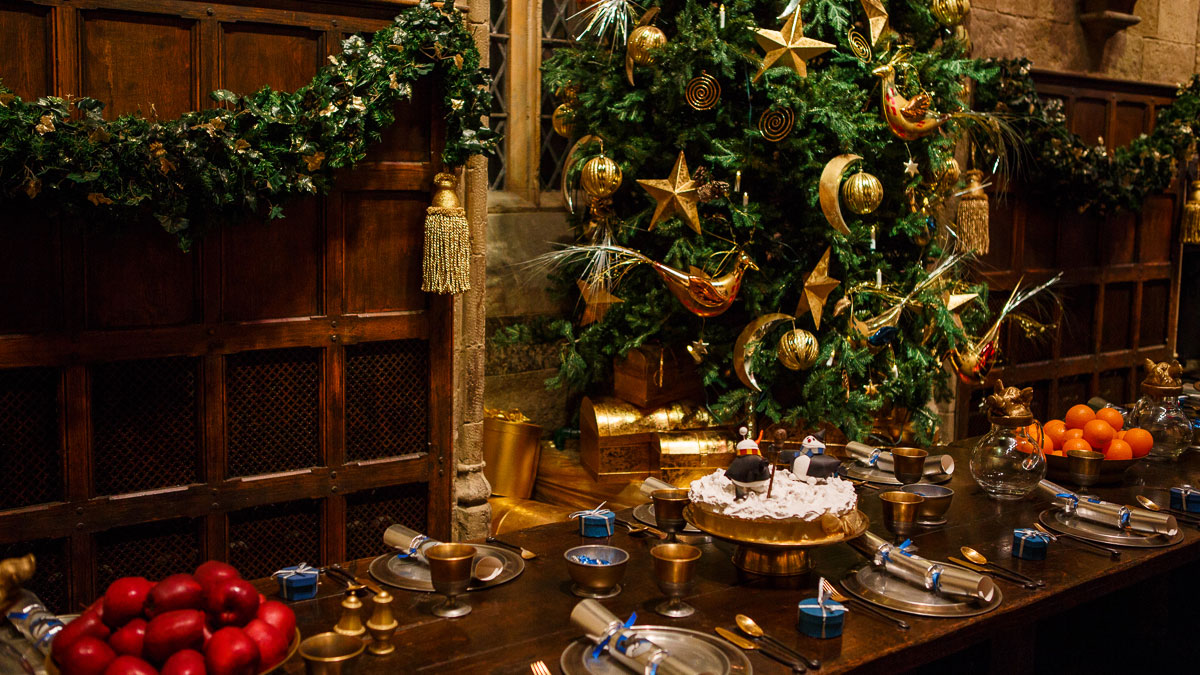 ‘Harry Potter‘ fans will be delighted to hear that Hogwarts in the Snow is returning to the Warner Bros. Studio Tour London from 14th November 2020 to 17th January 2021.

For the first time visitors will be able to explore another of their favourite sets in the snow as Diagon Alley undergoes a wintery transformation.

New for 2020, the cobbled stones and magical shop fronts of Diagon Alley will be given a festive makeover, draped in layers of filmmaking snow. During filming, many different types of ‘snow’ were used, each selected for its ability to crunch under foot, float like falling flakes or glisten in the light like ice, but never melt. The same techniques will be used by filmmakers to cover the magical shopping street this year.

Though Diagon Alley was not seen in the snow, the same set was used for parts of Hogsmeade during the wintery scenes that see Harry make use of his invisibility cloak to join the school trip without permission.

A popular fan favourite, the Hogwarts castle model will also be transformed with a dusting of snow again this year. During filming, a member of the crew climbed aboard an elevated work platform and sprinkled the mixture of granulated paper and grains of salt onto the model by hand with a sieve – like dusting sugar onto a cake. The same process takes place at the Studio Tour every festive season.

As visitors step foot onto the original stone floor of the Great Hall, they will be welcomed with wreaths, garlands and trees topped with witches on miniature broomsticks. The long dining tables will be dressed as they were for the seasonal feast in Harry Potter and the Philosopher’s Stone, complete with SFX flaming Christmas puddings and prop versions of the mouth-watering roast turkeys and hams studded with cherries.

In addition, many more of the iconic sets housed at the Studio Tour will receive a festive makeover. The Gryffindor Common Room and Boys’ Dormitory will be decorated with the original props including handmade Christmas cards, some of which were created by the cast members during production. Fireplaces throughout the Studio Tour (including those in the Leaky Cauldron and Great Hall) will be ‘lit’ with special effects fire, created by John Richardson and the SFX team using a combination of water vapour and lighting effects.

Hogwarts in the Snow will run from Saturday 14th November – Sunday 17th January 2021. Tickets must be pre-booked from www.wbstudiotour.co.uk, and all extra features are included in the ticket price.