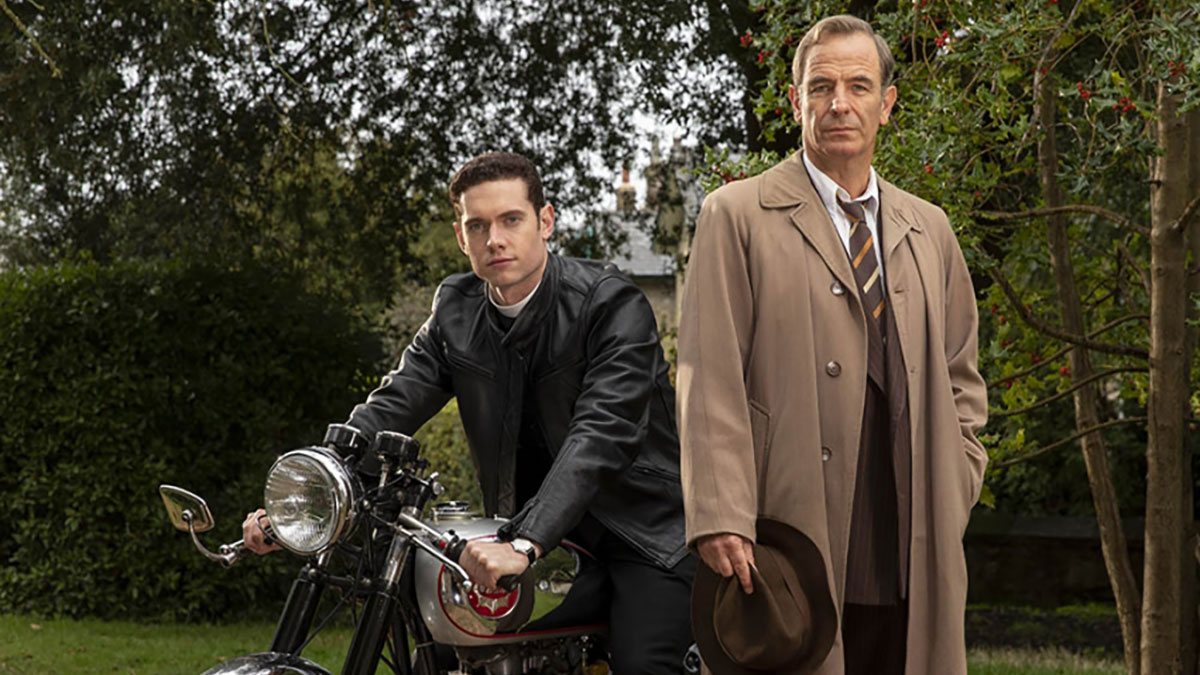 ‘Grantchester‘ will return to ITV for a sixth series as filming on the popular crime drama has commenced in Cambridgeshire, Hampshire and Hertfordshire.

Robson Green will return as DI Geordie Keating and Tom Brittney as Reverend Will Davenport. The series resumes in 1958 with the crime fighting duo renewing their partnership to solve new cases.

In the first episode of the new series, Geordie, Cathy (Kacey Ainsworth) and their family, Will, Leonard (Al Weaver) and Mrs C (Tessa Peake-Jones) take a much needed holiday together. However, what sets out to be a  fun-filled break for everyone at a holiday camp, is interrupted by a tragic death at the resort. Geordie and Will are left with no choice but to help out, as an investigation into the death begins. As events unfold on the trip, there will be serious repercussions for the rest of the series.

Kudos Executive Producer Emma Kingsman-Lloyd says: “In these difficult times we are delighted to be able to film another series of our beloved ‘Grantchester’.  The cast and crew have worked tirelessly to bring the series to the screen and we know the audience are very excited to see what Will, Geordie and the ‘Grantchester’ family have in store for them.”

MASTERPIECE Executive Producer-at-Large Rebecca Eaton notes, “A charming, good-hearted drama about community is what we all need right now, and that’s exactly what ‘Grantchester’ is. Welcome back!”

‘Grantchester’ is adapted from the Grantchester Mysteries novels by James Runcie. The series was developed for television by Daisy Coulam.

‘Grantchester’ is expected to return to ITV in 2021.

Advertisement. Scroll to continue reading.
In this article:Grantchester, ITV