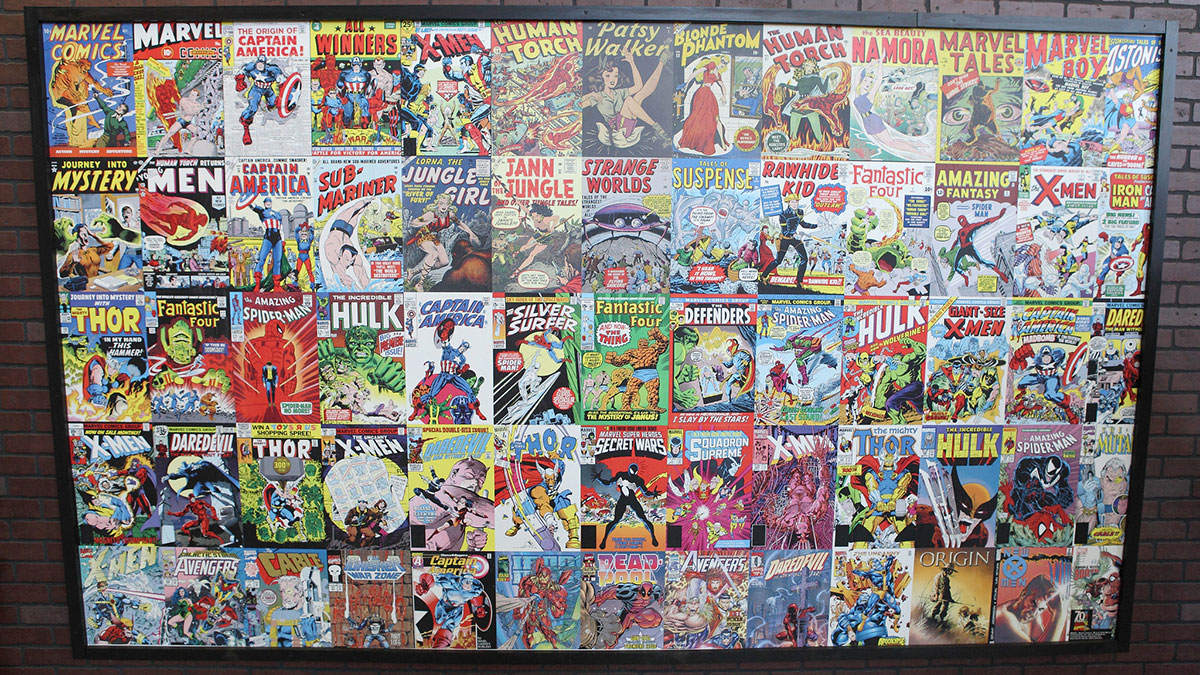 Love them or hate them, the movies of the Marvel Cinematic Universe are undeniable hits. Bringing in $35 billion in revenue and still on a strong trajectory, this series of films have been some of the most influential of the last decade.

Their success doesn’t exist in a vacuum, however, having far wider implications for the possibilities of media cross-overs.

Taking a look at this idea, we want to investigate what comic book’s film dominance could mean for the gaming industry in the future of entertainment.

Before Iron Man in 2008, the movie landscape was already filled with comic book adaptions. These ranged from the very successful 1989 and 1992 Batman movies from Tim Burton to the also successful but much less critically acclaimed Batman sequels from Joel Schumacher in 1995 and 1997. This one series alone acted as a type of microcosm of what comic book movie adaptions could achieve.

There was a base expectation that these cross-overs would be action-packed, leaning on the bombastic style which had made comics so popular over the years. How this was accomplished, though, involved taking very different avenues. The general consensus is that Burton’s films succeeded not just through the property but also because of his unique style. The later films went a different route, abandoning substance in favour of a more simplistic interpretation.

The Search for a Killer

When it comes to video game film adaptions, viewers have been left without a Burton. Instead, what we got wasn’t even a Schumacher of enjoyable if shallow translations, but instead something much worse. Nowhere was this as well illustrated as with 1993’s Super Mario Bros. A box-office bomb, the Super Mario Bros. movie has long been held up as what happens when movie-makers try to lean on name recognition alone.

Since then, video game movies have seen a wide range of qualities, some of them like the original Tomb Raider and Resident Evil films even going on to find relative commercial and critical success. There’s yet to be a Burton’s Batman equivalent, however, and until there is, gaming movies seem stuck in a sort of limbo.

As popular as comic books are, there can be no denying that the Marvel movies appeal to far wider audiences than just comic book fans. By similar measures, video games are much more popular than comics, yet we’re still to see a real killer series. Understanding why success has failed to materialise could be a matter of not yet finding the right manner of introduction.

To illustrate this, we could look at online casinos, where cross-overs from both video games and movies have been incredibly successful. As this article shows, some of this is owed to welcome offers like deposit matches. Even if players come for roulette, this opening gambit can throw open the doors to exploring what movie and video game cross-overs offer. This is very a different route than the success of the Burton and Marvel movies driving greater interest, but the concept of a welcome introduction remains similar.

Until comic movies became the biggest thing in the world, few would bet on their potential. The same could easily be said of video games, where the right series could just require the right set of talent to find its footing. As for when this might happen, the chances grow better with each new generation.

Just as many of the names who made comic book movies great grew up with them, so to did more of today’s filmmakers with video games. With recent adaptions like the Sonic the Hedgehog and Detective Pikachu films breaking records, greater success becomes increasingly possible with every passing year. Let’s just hope gamers get their own Tim Burton, and fewer Uwe Boll’s.

Advertisement. Scroll to continue reading.
In this article:Comic Book Movies