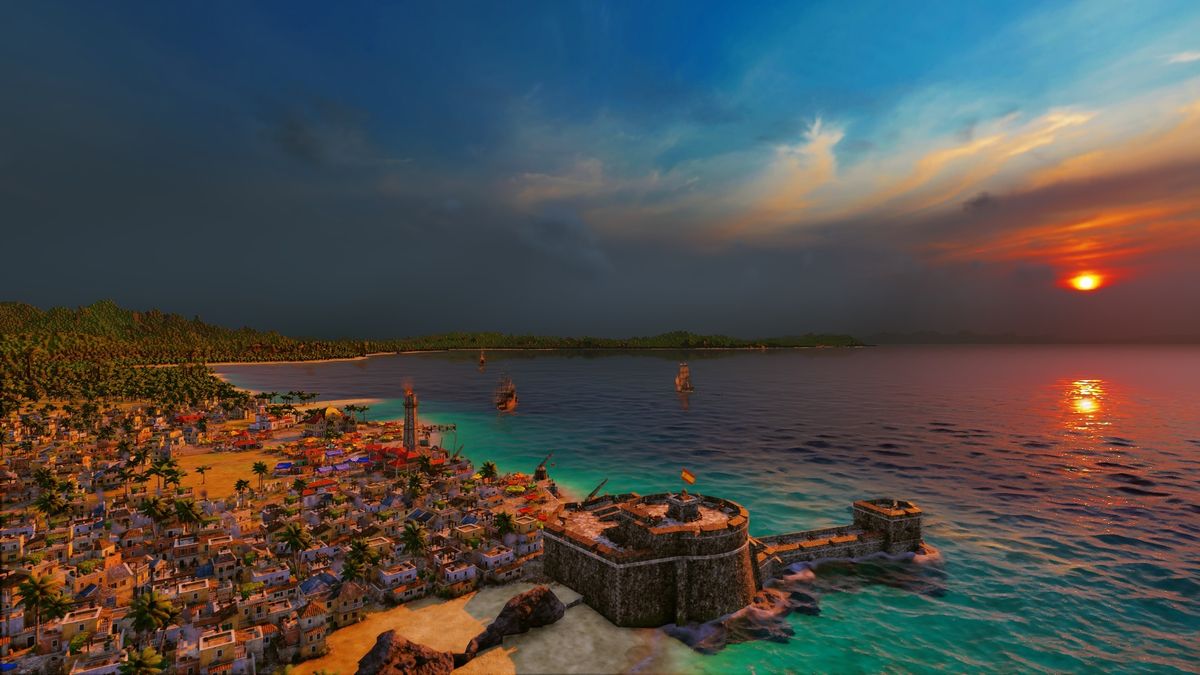 Porte Royale 4 has only been out for a week and the devs are already listening to player feedback and looking at ways to improve the experience for newcomers and Port Royale veterans alike. In a recent blog post Moritz, Port Royale 4 producer, gives us the low down on what we can expect from update 1.1 when it’s released.

The update will be bringing back the old warehouse mechanic, tweaking how much money you can make and how quickly, altering difficulty settings plus in the future the game will introduce armed AI merchant convoys to give wannabe pirates something to play with.

Warehouse work differently in Port Royale 4 and lots of players are not happy about this. Previously you had to build a warehouse before you could build any production buildings, you could then store produced items here until the warehouses were full. In the current version, as you don’t need a warehouse, produced goods are sold directly to the town.

To keep the balance the option to use the old warehouse mode will be made available in free game mode.

It’s currently very easy to make money in Port Royale 4 and this has devalued the currency and makes bigger purchases seem less special. To combat this, trading licences have been removed from towns from your own nation, price curves have been tweaked to reduce price plateaus and the prices of ships have been increased.

A lot of players have fed back that the default difficulty in free game mode is too easy and it’s not obvious how to alter the settings. To fix this the devs have added a dedicated difficulty screen to free mode making selecting your option much easier.

Whilst this won’t be part of update 1.1 it is something that will be released as a standalone hotfix in the future. Gamers who wanted to play as pirates complained that there weren’t many piracy options during the early parts of any playthrough. To provide more opportunities there will be armed merchant convoys with weaker military escorts to give pirates something to hunt.

If you’re new to the Port Royale series check out our PC review or our 9 things I wish I knew before playing Port Royale 4 articles to get more information.