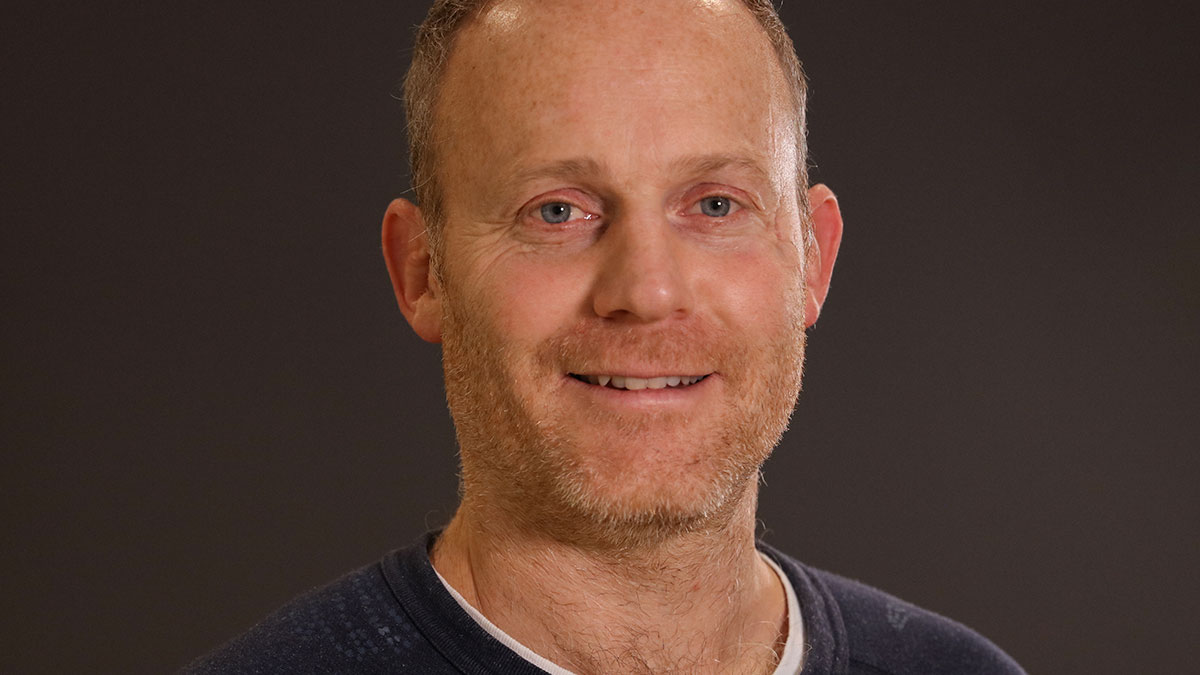 Nature fans should clear their schedule today as the first six episodes of Apple TV+’s docuseries ‘Tiny World‘ are released.

Narrated by Paul Rudd, the docuseries showcases nature’s lesser-known tiny heroes. Spotlighting small creatures and the extraordinary things they do to survive, each episode is filled with surprising stories and spectacular cinematography.

The series is written and executive produced by Tom Hugh-Jones, who is known for his work on ‘Planet Earth II’, ‘Human Planet’, ‘Hostile Planet’ and ‘Night on Earth’.

I caught up with Tom to find out more about the series, discuss the challenges of making it and to talk about working with Paul Rudd…

Hi Tom. How are you today and how have you been coping during the pandemic?

Hi there, I am doing well thanks. So far, I’ve been fortunate enough to not have been too affected by the pandemic. I’ve still got a job; my family are all in good health and having pretty much the whole post-production of Tiny World to contend with through lockdown has been a really good focus for me. In fact, I can’t think of another time when I have worked as hard for so long. It would have been nice to have a little more time to spend with the kids or start ‘that crazy hobby’ but, compared to what I know so many people have been through, I really can’t complain.

‘Tiny World’ arrives on Apple TV+ today. What can people expect from the series?

Tiny World is unlike any wildlife series you’ve seen before. Of course, it features the spectacular cinematography and exotic locations you might expect, but this time we’re focussing in on the lives of smaller animals which tend to get over-looked by most blockbuster natural history shows.  There is a whole other world out there full of amazing animals, unseen behaviours and untold stories that is going to blow people’s minds. By getting our cameras down onto their level, we can now reveal the incredible ways tiny animals overcome the challenges of surviving in a world of giant animals and enormous forces.

Paul Rudd is narrating the series and he’s an executive producer too. How did he get involved and what was he like to work with?

At the time we were looking for a narrator my three boys were into watching the Marvel films. It struck me that getting Antman to front a series about tiny animals could be quite fitting and the more we explored the option the more it seemed like a good idea. Paul Rudd’s voice strikes the perfect tone – a great balance of accessibility and credibility. Luckily, when we sent him some examples of what we were up to, he was really keen to be involved.

Paul was a pleasure to work with. He has a reputation for being one of the nicest guys in Hollywood and, from our experience, that is well deserved. He was very generous with his time and accommodating with our ideas and iterations. He also became far more involved in the scripts and refining his delivery than we could have hoped. The strangest thing was executing the voice over sessions in lockdown – because travel was so limited, we did it over zoom and zencastr; with Paul reading in his wardrobe (which turned out to be the best place in his house to get a clean recording without too much sound reflection). It was a surprisingly creative, funny and intimate experience – after all how many people get to spend around 30 hours in a closet with Paul Rudd?!

What was the most challenging thing about bringing this series to life?

The most challenging thing was achieving the sheer scale and ambition of the series. It may sound counter-intuitive that a project about small things could be such an epic undertaking but I have never worked on a project with as big a team, so many foreign shoots, so much kit and so many stories we wanted to tell. We worked out if you counted all the days, we spent filming it would add up to well over 9 years but because the series was due to deliver as soon as possible we had to fit most of this into around a year of filming. As you can imagine we had a lot of people out in a lot of different locations at the same time. It took an extraordinary effort by the whole team to pull it off.

You have lots of experience making docuseries about the natural world. What would you say sets ‘Tiny World’ apart from the work you’ve done previously?

There have been so many great films featuring what are traditionally considered the most impressive animals that it’s getting harder and harder to find surprising stories or different angles – but in the miniature world there is still a whole world to discover. It is such a rich source of new material and once you really get into the detail of the lives of little creatures, they turn out to be every bit as fascinating and characterful. The whole team had a lot of fun getting creative and experimenting with camera technology to capture these amazing scenes and I think that comes across. We also worked really hard on finding a narrative through line for each episode to create a more compelling experience than your average wildlife show that is spectacular but often somewhat lacking in story. I hope people will enjoy the playful nature to the series and the simple joy in discovering that animals they never even knew existed are getting up to all these crazy things.

What’s your favourite memory from working on this series?

There were a few personal triumphs like finally managing to film a caterpillar that does an unbelievably realistic imitation of a poisonous snake to deter predators which has eluded me for decades. There was also the pleasure of capturing a number of never-filmed-before behaviours like the gecko that shoots sticky goo from its tail. But honestly, my favourite memory was spending each afternoon for two and a half weeks doing the voice overs with Paull Rudd. The Narrator has to do a lot of heavy lifting on a wildlife show – imparting the information, carrying the narrative and adding personality and emotion. It was quite nerve wracking because you just really don’t know how your narrator choice will turn out and especially because it all had to be done remotely. Any worries quickly disappeared – when we laid the first commentary back to the pictures, we knew Paul was more than doing justice to the films that we had so lovingly crafted and from then on, each session was a real pleasure.

I am pretty busy working on a number of projects – some are in the middle of filming which has been a challenge during the pandemic but we are finding creative work arounds and great new talents around the world to collaborate with. Then there are a couple of really exciting things just getting started. Unfortunately, due to confidentiality I can’t tell you too much more at this stage, but there is definitely a lot going on and fans of wildlife will have plenty to feast their eyes on over the coming years.

Why should people tune in to ‘Tiny World’?

Everyone can relate to what it feels like to be the ‘little guy’ and this is the wildlife show that puts that into perspective. Small animals are the underdogs of nature – overcoming huge odds just to make it through each day. Once you’ve witnessed what they have to go through and the incredible powers they have evolved to help them triumph you’ll see them more like miniature super-heroes. And, just like any marvel or DC movie, Tiny World is perfect viewing for adults and kids alike: fantastical stories, epic cinematography and great characters – what’s not to love?

The first six episodes of ‘Tiny World’ are available to watch on Apple TV+ now. Watch the trailer for the series below: