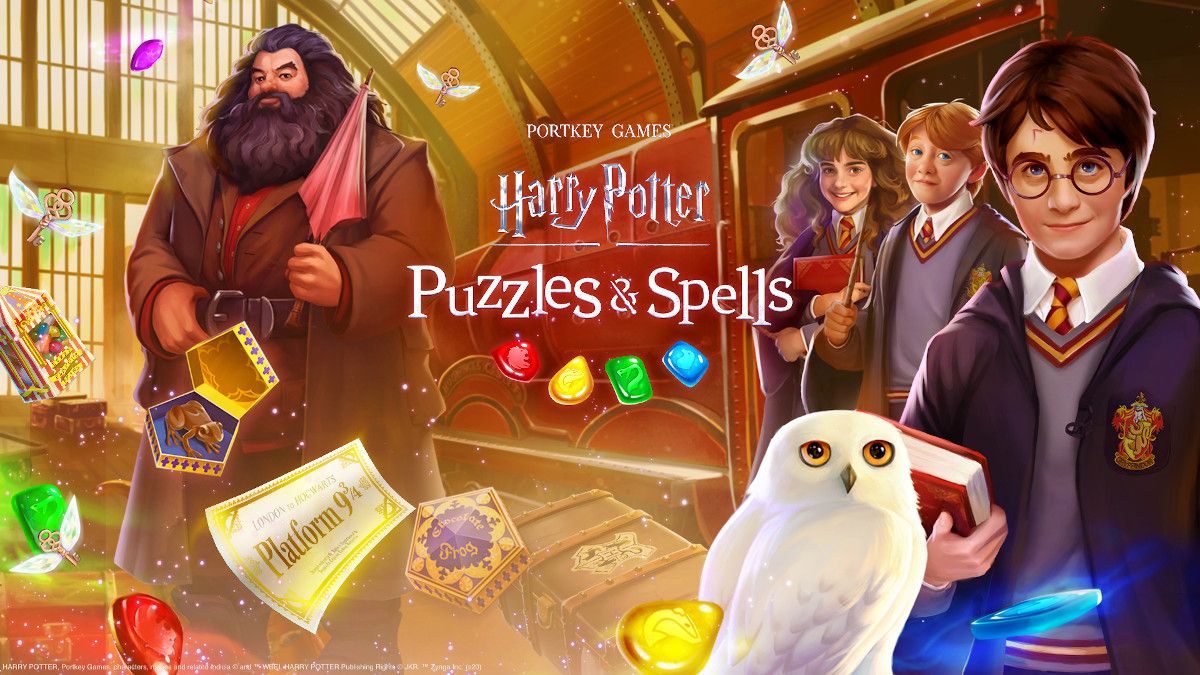 Zynga has announced that its magical Match-3 mobile game Harry Potter: Puzzles & Spells has officially launched worldwide. Officially licensed from Warner Bros. Games and published under the Portkey Games label, the game is available for free download on Android and iOS devices, as well as on Amazon Kindle and Facebook.

In Harry Potter: Puzzles & Spells, players enter a Match-3 adventure brimming with the spells, humour, colour and characters of the Harry Potter series. Featuring the soundtrack and voiceover recordings from the original Harry Potter films, fans follow an authentic, mobile retelling of Harry’s journey through the Wizarding World.

Players advance by solving Match-3 puzzles populated with hopping Chocolate Frogs, fluttering Winged Keys, battling wizard chess pieces and other unexpected obstacles and objects. Between colourful puzzles, players will be treated to iconic moments from the narrative, such as Harry’s journey on the Hogwarts Express, Hagrid’s magical creatures and Hermione casting the Wingardium Leviosa spell.

Building their magical aptitude, players earn spells, powerups and experience points as they progress through the game to level up their skills and in-game personas. Players can also earn powerful rewards by completing Daily Events that reference a multitude of moments from the Harry Potter series. In the spirit of the camaraderie and friendly competition of Hogwarts, players can join or form clubs with other fans to socialise, collaborate on puzzle strategies, share lives and vie for prizes in exclusive Club Events. For the next seven days, players who download the game will instantly receive the Welcome Bundle, containing in-game gold, extra lives, and special Quidditch Goggles to customize their avatars.

Check out the official Harry Potter: Puzzles & Spells website for more information about the game.