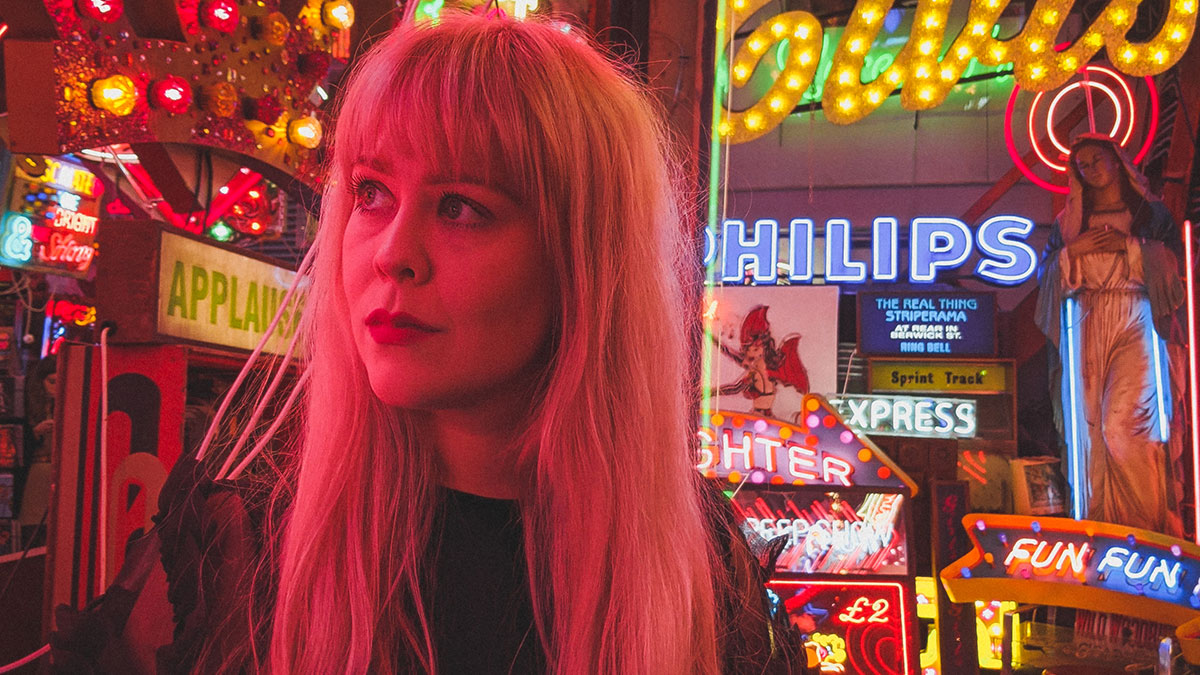 The first release since her second EP ‘Single Player Mode’, ‘Starsign’ merges alt, indie and DIY into a potent pop song. The song was inspired by artists such as Robyn, Christine and the Queens, Haim and Caroline Polachek.

The lyrics focus on the message you plan to send to a wannabe lover before you realise it’s too much information and hit delete.

She says, “When I had periods of loneliness I, like so many others, turned to online dating and lived to regret it shortly after when my commitment-phobe tendencies kicked in. Even if said date is an absolute Adonis, my career is my boyfriend.”

The song is released alongside an imaginative lyric video, which reflects Litany’s love of gaming. Designed like a scrolling shooter from the Super Nintendo era, her words are shot away as they’re sung.

‘Starsign’ was produced by Charlie Hugall (Halsey, Florence + The Machine).

Raised in Harrogate, Litany (real name Beth Cornell) formed her long-term band from the Yorkshire music scene. Her highlights have included a sold-out show at London’s Garage plus sets at the Reading and Leeds festivals.

Litany will begin 2021 by playing her rescheduled UK and Ireland headline tour. It includes her biggest show to date at London’s 1600-capacity Heaven.

Advertisement. Scroll to continue reading.
In this article:Litany