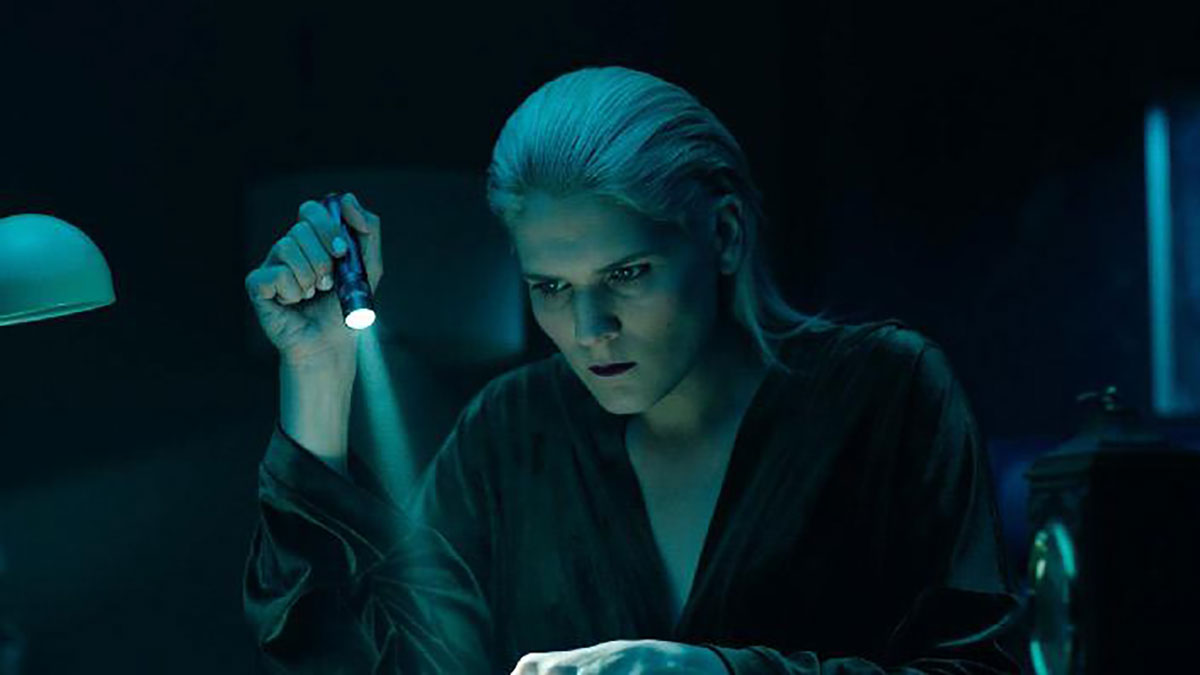 A synchronised swimming team vanish from a swimming pool mid-performance. Inspector Gluhovsky (Anastasiya Yevtushenko) is assigned to the case but she can’t find any trace of them or any clues as to what happened. Ruining her previously spotless record, Gluhovsky takes on another case five years later of a woman disappearing from a bath at a luxury water therapy clinic, which she believes is linked to her unsolved case.

‘Stranger’ is most definitely one of the strangest films I’ve seen in quite some time. Highly-stylised, often prioritising visual style over plot substance, ‘Stranger’ is an unusual blend of mystery, science-fiction, horror and fantasy. In a bid to solve her cases, Gluhovsky goes undercover at the (very weird) clinic shortly after meeting a man named Zezulia (Sergey Kalantay) who claims to be a missing person that no one has missed. It’s made clear early on that something very odd is going on as the viewer witnesses Zezulia disappear and reappear as if he’s a glitch in the fabric of the Earth rather than a person.

Once Gluhovsky arrives at the clinic, things go from weird to weirder. The place is decorated in different shades of green and the people she meets, both staff and clients, are oddly disconnected from the world. The clinic has been built next to a sewage treatment facility that may, or may not, contain the answers that Gluhovsky is desperately looking for. The storyline strays into David Lynch territory, risking alienating the audience by refusing to tell a story that is linear or particularly believable.

Perhaps the oddest thing about ‘Stranger’, and believe me there are many contenders, is the way that writer/director Dmitriy Tomashpolskiy directs his actors. The acting style here is very unusual with every actor giving what can only be described as quite cold and severe performances. Everyone is matter of fact and there’s no time for warm and fluffy feelings. It takes a bit of getting used to and it’s a far cry from the style of acting cinema audiences are used to seeing.

By the time ‘Stranger’ reaches its head-scratching conclusion, you’ll probably be unsure if you liked it or loathed it. That’s certainly how I felt. The film has been doing well on the festival circuit and aesthetically, it’s a real feast for the eyes. I’m not wholly convinced the pay-off is worth the journey but I will say that the film keeps you hooked purely because of how bizarre it is. It could be that ‘Stranger’ connects more on repeated views but honestly it left me as cold and disconnected as the majority of the characters you meet over the course of it.