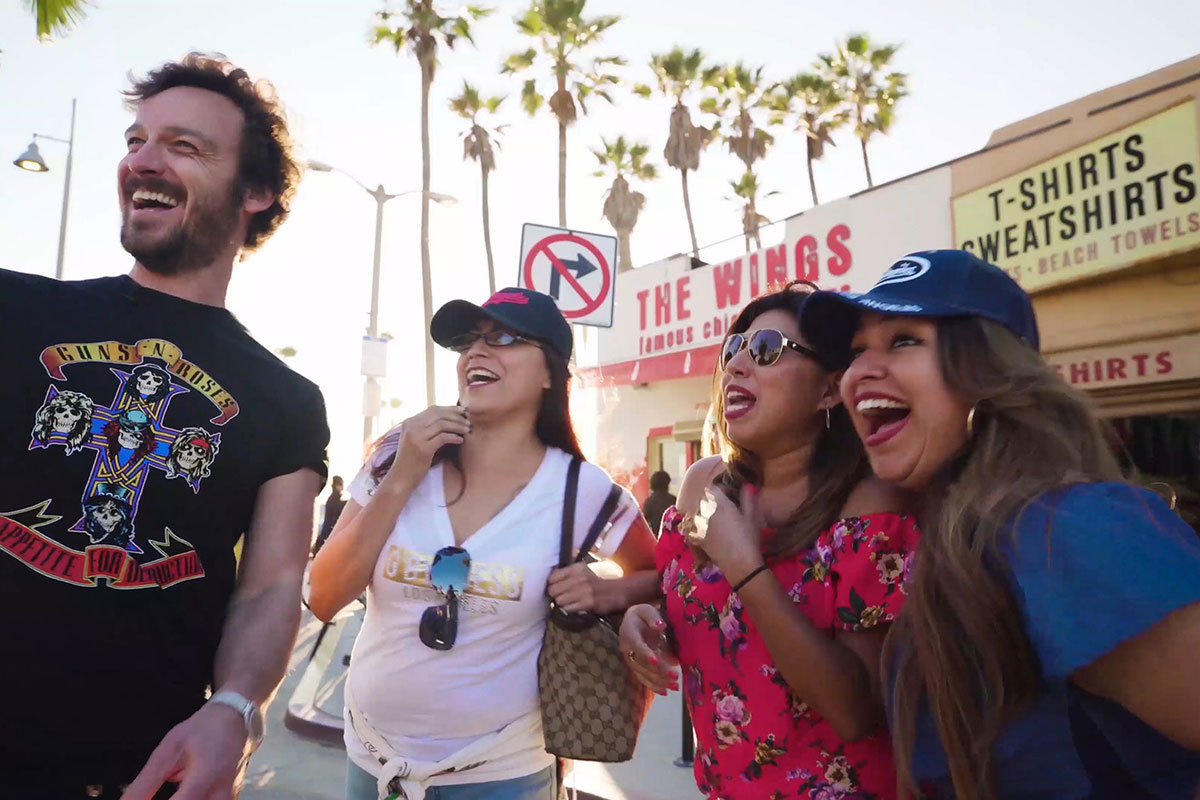 Film-maker Al Bailey agreed to follow his recently widowed pilot friend ‘Christian’ around the world as he embarked on a quest to find a new love through Tinder. What starts out as a well-meaning and fun documentary soon turns into something altogether darker and more disturbing. Al and ‘Christian’ have been friends for a while, although the origin of their friendship isn’t really explained, but by the end of the documentary you realise that these two men didn’t really know one another at all.

The original concept of ‘DTF’ seems to be Al observing ‘Christian’s’ dates as an exploration of life after being widowed and also to see if romance really can be found on a dating app. What we actually witness is the brutal break down of a friendship as ‘Christian’ is overruled by addiction and trauma following the loss of his wife. It doesn’t take long before ‘Christian’s’ behaviour starts to become erratic and despite multiple final warnings from Al, the documentary continues on with ‘Christian’ acting worse and worse.

Around the half way point of ‘DTF’ you wonder why Al continued to film ‘Christian’ when it’s pretty obvious that his friend needs serious help. As they continue to jet around the world we witness ‘Christian’ getting obliterated with alcohol and drugs, and finding solace in the arms of any woman that’ll have sex with him. Al is visibly shocked at what he’s witnessing and despite a couple of frank conversations, he continues to watch his friend unravel. Things get uncomfortable very quickly yet Al, and the viewer, can’t seem to prise themselves away from the car crash.

‘DTF’ is not an easy watch for a number of reasons. On the one hand you’re pretty much witnessing a breakdown and on the other the way ‘Christian’ treats women is absolutely disgusting. The dives he drags Al and the crew to are shocking, especially as ‘Christian’ gloats about being able to sexually violate strippers provided you give them enough money. Things come to an explosive head in Las Vegas but even then, Al doesn’t stop the documentary and continues to push on.

If anything, ‘DTF’ reveals the issues that pilots face and the way their lives can spiral out of control. Of course, add into that being widowed and ‘Christian’ is quite up against it. Interestingly no airline would comment on the behaviour of pilots off-duty, which leads you to think that ‘Christian’s’ behaviour is par for the course in the profession. The final scene will come as no surprise but you can’t help but wonder how Al expected things to go given that ‘Christian’s’ behaviour switches within minutes of the documentary starting.

In this article:Al Bailey, DTF