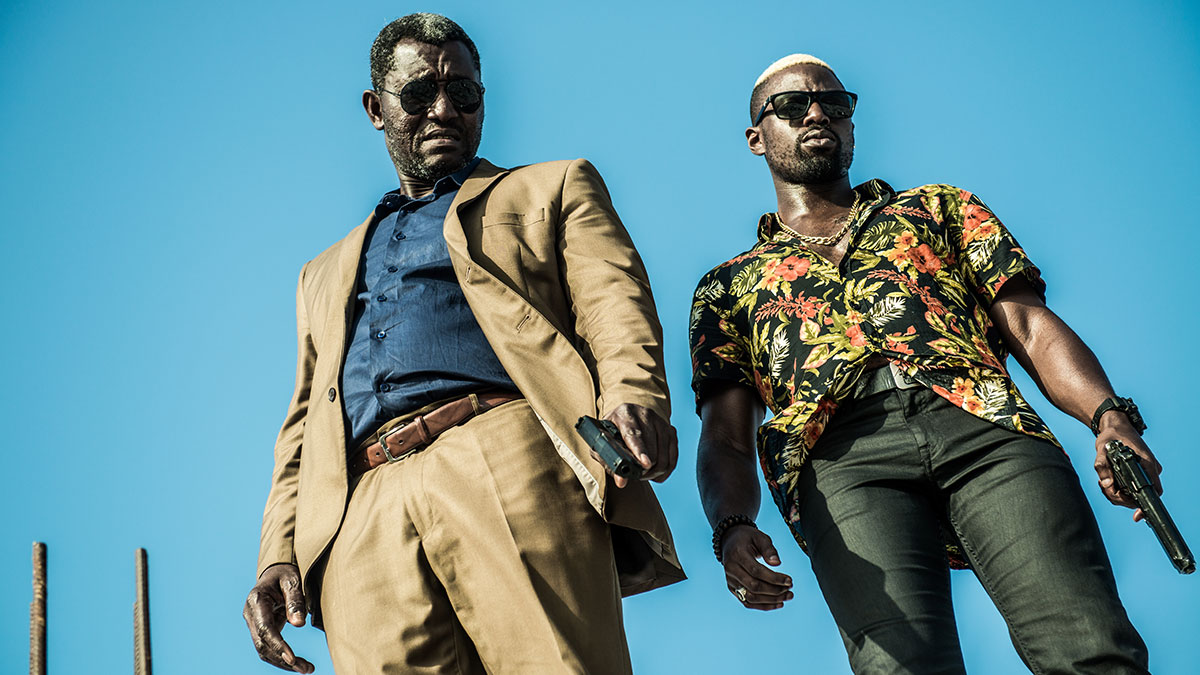 I must confess that my knowledge of Dakar, the capital of Senegal, was pretty much limited to the Dakar Rally, an annual motor-racing competition that used to run from Paris to the Senegalese capital. That limited knowledge has now been enhanced to some extent, because Dakar is the location for this new Walter Presents crime drama – their first foray into West Africa for our audio-visual entertainment.

The location of Dakar is an interesting variation to the norm for this type of show – had it been set in a European city, for example, it would probably be just another cop show. But the unique setting makes for a pleasant change and raises the show’s profile above the run of the mill crime caper.

Sakho and Mangane are cops. It’s the typical pairing of two polar-opposites; the by-the-book and straight-laced Sakho (played superbly by Issaka Sawadogo) and the rebellious and unruly Mangane (Yann Gael), who find themselves unwillingly thrown together by the new Police Chief, Mama Bâ. It’s a well-used format, perhaps, but it’s enjoyable to watch and the two characters play off each other to great effect.

Along the way, we meet some other interesting characters, such as an eccentric pathologist who has a caged parrot in his examination room (as you do), and the attractive female journalist who catches the eye of Mangane.

The opening salvo for the series sees our dynamic duo brought together to investigate the death of a Belgian ethnologist, whose body has washed up onto the shore of the island of Lebous, a sacred island of mostly fishermen. Firstly, the police have to try to retrieve the body – something that the residents of Lebous are reluctant to allow, since they only permit islanders access. But once her body is secured, an autopsy reveals that she wasn’t drowned, as first suspected, but instead was poisoned using blowfish venom.

Thus begins an investigation that takes the viewer into the murky world of illegal trading in sacred artifacts, and gives an insight into the island’s spiritual traditions and ceremonies. There is an element of mysticism about the show that again makes it unusual and even more engaging.

If you’re a fan of dark Scandinavian noir, this probably isn’t for you. But if you prefer your crime shows with a touch of humour and with all the usual red herrings and twists of a traditional cop show – but with an exotic variation – I’d recommend you check it out. Created by Jean Luc Herbulot, this show has the potential to become a cult classic.

Walter Presents: Sakho and Mangane is available as a full boxset on All 4 now.

Advertisement. Scroll to continue reading.
In this article:All 4, Sakho and Mangane, Walter Presents