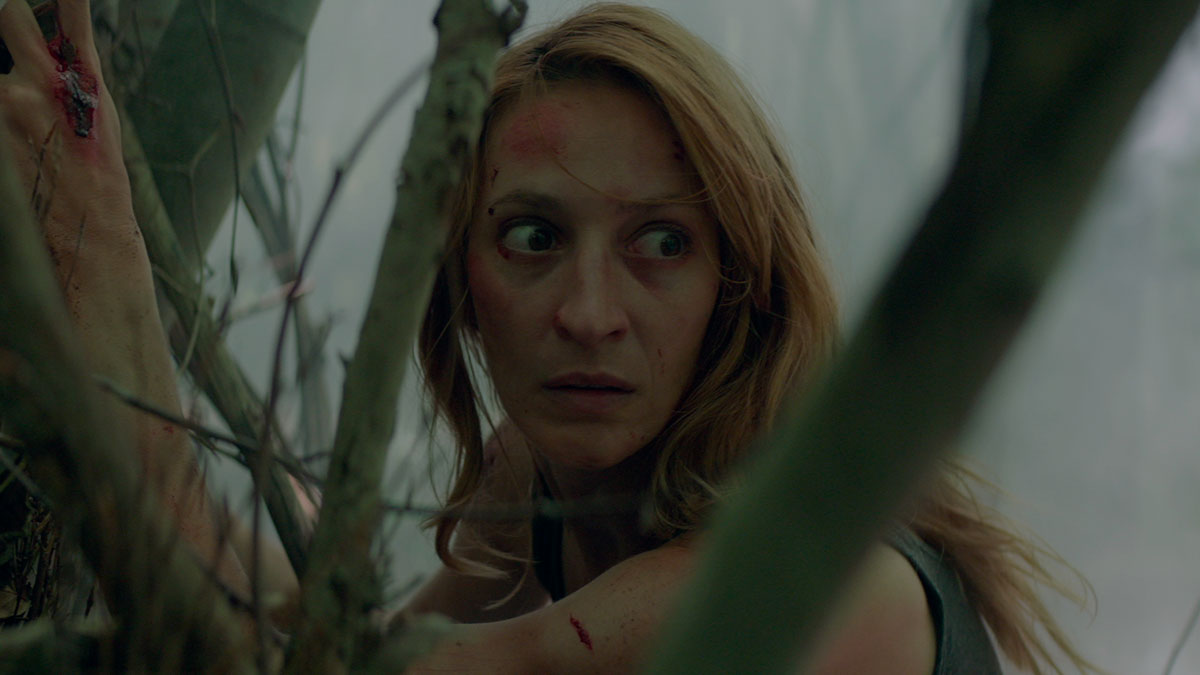 Ayse (Billur Melis Koç) and her lover are interrupted by a police officer who bursts into their apartment and shoots him dead. Ayse manages to escape and it is soon revealed that she has brought disgrace on her family by cheating on her husband, a man she no longer wants to be with. Facing the beliefs of society that she should stay with her husband and being chased by him and her other family members, Ayse tries to flee to safety but soon discovers that’s not going to be an easy task.

AV: The Hunt comes from film-maker Emre Yetim and it could quite easily have been an exploitation style film that was high on violence and low on substance. Thankfully that’s not the case, and Yetim has crafted a film that speaks out about the way women are treated in Turkey. Ayse is in a situation many women in the country find themselves in, trapped in a marriage she’s unable to get out of purely because it goes against the country’s traditional beliefs.

Throughout the film Ayse is referred to as a whore, a slut and many other derogatory terms, with the blame placed squarely on her rather than the men around her who place their expectations on her. As Ayse is chased and forced into the woods, she has to make the decision to become the hunter rather than the hunted to survive. With four men on chasing her, she has to use her wits to stay alive, and escape.

It’s an interesting premise and having the hunted become the hunter definitely gives the film a nice twist. Some of the scenes go on a little too long, especially in the last 20 minutes of the film or so, but Billur Melis Koç gives a strong performance that makes you sympathise with her character. You don’t care about her indiscretions, you just want her to get away from these awful men, and her family, so she can pursue the life she wants rather than the one she’s forced into having.

The supporting characters around her don’t get fleshed out too well. That’s one of the film’s downsides is that these men are simply just awful people. There’s no attempt to round the characters out, which makes it easier to switch off when they start getting killed off. A bit more depth and context would have helped the film and given viewers more of a story to invest in.

AV: The Hunt is a tense thrill-ride of a film that has a few pacing problems but overall is very entertaining. The ending is a little too ambiguous, and perhaps unbelievable, which may annoy some viewers. I certainly would have liked a tighter finish but perhaps that’s Yetim’s way of further commenting on the dire situation Ayse finds herself in?