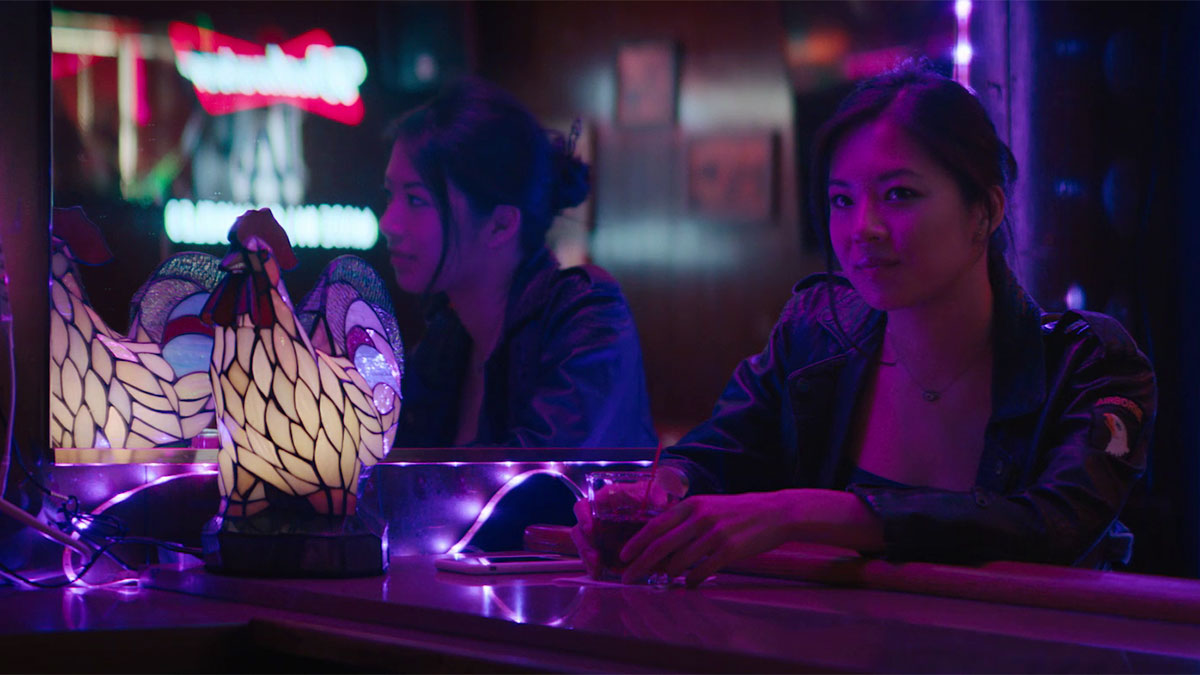 Down-on-his-luck Andy (Vincent Van Horn) moves to Los Angeles following the breakdown of his relationship. Not long after arriving, he connects with beautiful Sam (Christine Ko) in a bar and the two quickly fall into a relationship. On their first night together, they get a ride-share from driver Roger (Michael Lee Joplin) and the next day Andy bumps into Roger once again. The two swap numbers and agree to go for drinks but soon Roger starts contacting Andy all the time, and Andy’s attempts to blow him off set off a menacing chain of events.

Blinders had its World Premiere at Arrow Video FrightFest and it’s the second feature film from writer/director Tyler Savage. Taking its cues from Fatal Attraction and Single White Female, the film is a slowly unfolding nightmare as Andy becomes the object of Roger’s obsession. The two men form a cordial friendship over drinks but soon Roger is contacting Andy every moment of the day, and getting frustrated that Andy wants to spend time with Sam rather than him.

While there’s nothing sexual or romantic between Andy and Roger, the parallels to the films I mentioned earlier are apparent. Roger begins to behave increasingly more erratically as Andy ignores his messages, and things soon escalate as Andy realises that Roger is capable of much more than just harassing him on his phone. Desperate to keep his budding relationship with Sam building nicely, Andy tries to hide what’s going on from her and deal with it himself.

Anyone who’s seen this kind of film before will be familiar with many of the tropes in the plot. That didn’t matter to me though and the climax pulled off a pretty stunning about face that I didn’t see coming. It also reminded me that you may think you know everything about a genre but sometimes you can still be caught off-guard. You think you know how it’s all going to end but Blinders has no interest in proving you right and that’s what I loved about it.

The performances all round are brilliant. Vincent Van Horn is a sympathetic leading man while Michael Lee Joplin’s unhinged turn as Roger is intense and chilling. Christine Ko levels things out with a sweet turn as Sam, the woman in the middle of the situation who is completely unaware. All three mark themselves out as serious talents and I’ll certainly be looking out for their future projects.

Director Savage acquits himself well. He plays off the loneliness and disconnection that Los Angeles can make people feel, and he uses the city’s sprawling landscape to his advantage. Savage uses a mix of social media style footage throughout the film too, which works well and gives it a fresh feel.

Blinders is one of the biggest surprises of Arrow Video FrightFest. It may hit many familiar tropes but ultimately it does something you won’t expect and for that it deserves plenty of kudos. With a stellar cast, a tight script and strong direction, Blinders is one of the best films shown at this year’s festival. I highly recommend you seek it out.