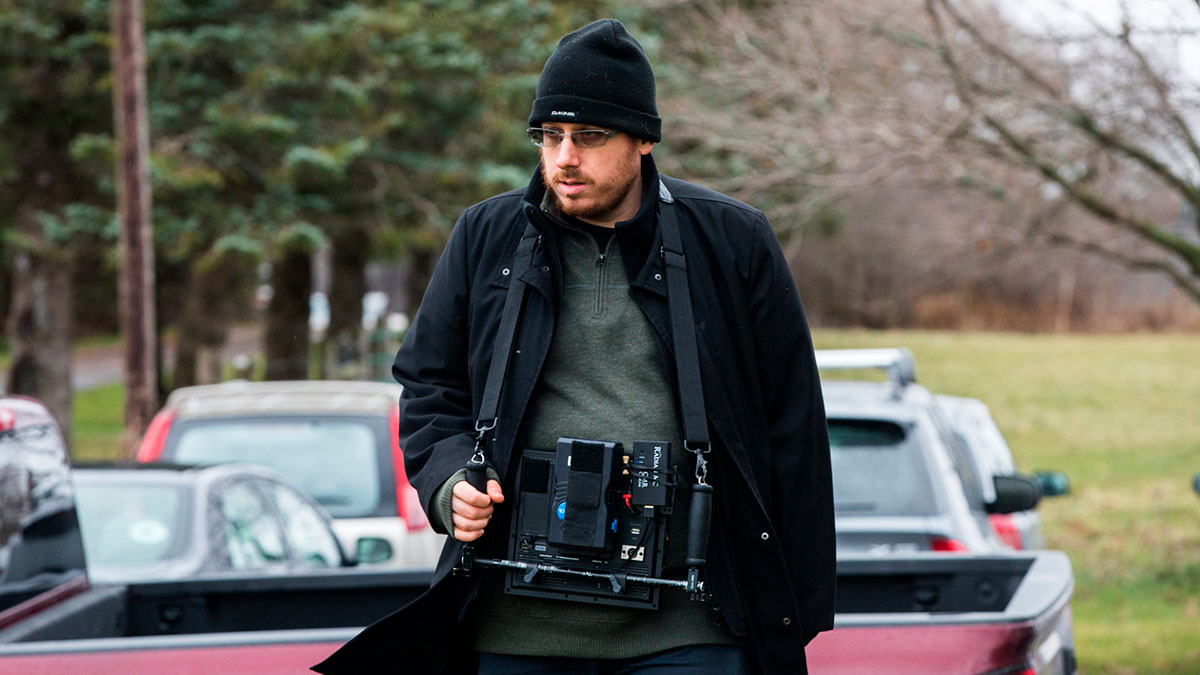 Remember watching a film when you’re a child and thinking ‘this is incredible! I’d love to be in a film one day?’ That was a great feeling that seemed possible wasn’t it? The allure of the film industry and Hollywood is strong, and at that young an age, you don’t think about the complexities or difficulties of the industry. The majority of film-makers struggle to be heard and seen in the film industry. Working in the industry is not for the feint of heart and those who do make it into the big time, are few and far between. The struggle faced by most is perfectly captured by ‘Lifechanger’ film-maker Justin McConnell in his new documentary Clapboard Jungle.

An unflinching look at what it’s really like to try and make a film, Clapboard Jungle follows McConnell through the highs and many lows of trying to get his projects off the ground. With 15 years of experience in the film industry under his belt, McConnell flits between optimism and despair, and it’s quite crushing to watch. He lets viewers see what it’s really like as an independent film-maker, spending a large chunk of time networking and taking meetings, in the hope that one of them will lead to something fruitful.

In the first part of the documentary, McConnell tries to get a film called ‘Mark of Kane’ off the ground and every time he thinks he’s getting somewhere, he hits a brick wall. You can see the frustration as he rides the waves of the film industry rollercoaster, and when he starts to question whether or not he’s good enough, it really hits you. Throughout the film there are filmed segments with other film-makers and actors who share their experiences and advice. All of them, like McConnell, have come up against plenty of stumbling blocks in their careers, and continue to do so even though they are established.

The second half of the documentary looks at the making of ‘Lifechanger’, a film that McConnell brought to Arrow Video FrightFest back in 2018 (and I was surprised to see footage of myself interviewing McConnell from the festival in the documentary). As he tries to put all the pieces together to start making the film, he’s advised to do a short first as a proof of concept. After that, the film starts to get interest and we see him bringing a team together, creating it and touring the festival circuit afterwards.

It’s remarkable just how honest McConnell is in this documentary. There’s no sugar coating here or attempts to make it look like he’s the only one experiencing this kind of rough ride. At one point he films his parents and asks them what his flaws are, and they reluctantly point out that he’s never been receptive to criticism. We see that in action moments later when he’s pitching the story for ‘Lifechanger’ and being told it won’t work. You see McConnell go on a personal journey of growth alongside trying to get his films made, and it’s fascinating.

Clapboard Jungle is a film that every aspiring film-maker should watch. It exposes what it’s really like to be a film-maker in the modern day. Any notion that you get handed huge budgets and the industry is one big family will be thrown right out of the window. McConnell shows how much work you have to put in, just to have a chance of making a film, let alone actually getting to make it. For him, the years of effort seem to be paying off but this documentary could well help prepare others before they decide to pursue a career in film.