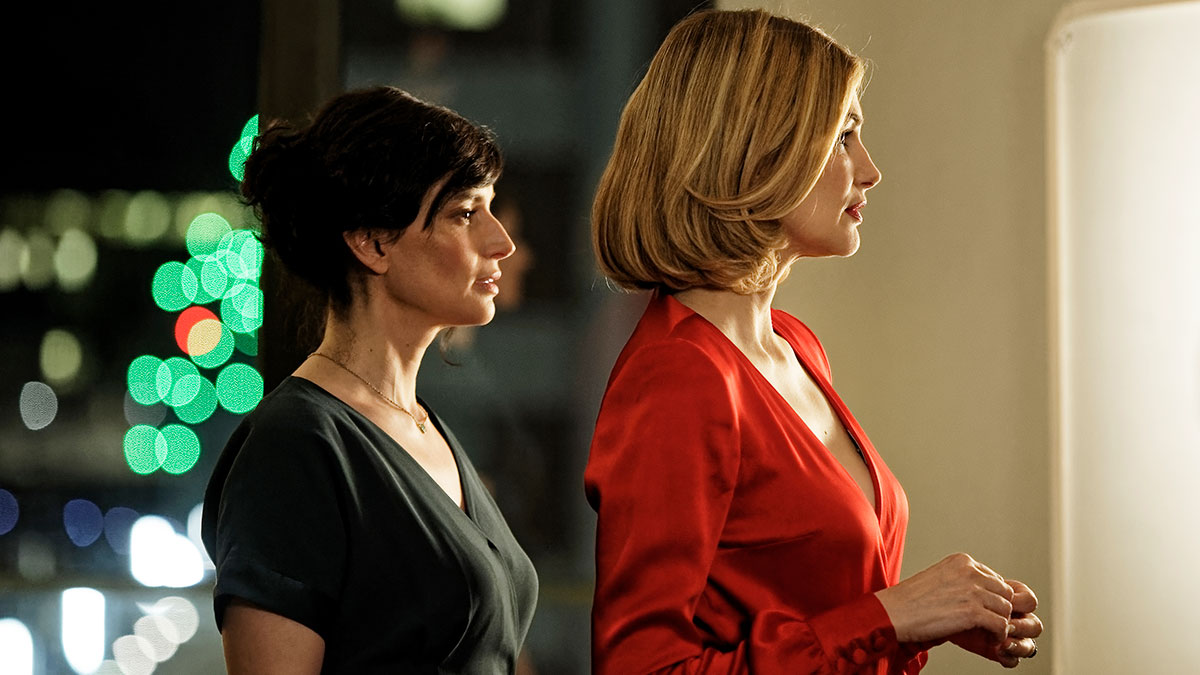 Twins. They are a staple of drama entertainment. There is a fascination of that synergy that most twins feel, and whether identical or not, there’s a connection that the rest of us find beguiling and spooky at the same time.

If you want to avoid all spoilers for Beyond Appearances, stop reading now.

Beyond Appearances (Au-delà des Apparences in its native French) is about twin sisters. But far from being identical, they are polar opposites. Alexandra is a successful television actress, used to all the trappings of fame and notoriety. But Manon is a quiet schoolteacher and loner still living in the village they grew up in. Now, on the occasion of their 40th birthday, the family are having a big get-together to celebrate. But when Manon fails to turn up, so begins a mystery that delves into the world of sordid family secrets, envy and intrigue.

This is a French thriller that aired last year on France 3, and it’s the type of scary, intense drama that the French do so well. Set is the beautiful Bas-Rhin department of France, on the German border, it looks stunning on screen. The alpine-setting and bleak wintery landscape perfectly encapsulates the mood as the family and entire village search for the missing woman.

There is a rich variety of characters in the family which make for an intriguing collection of personalities, including at least one alcoholic and an adulterer. And yes, perhaps the characters are slightly cliched, but overall it’s a beautifully shot and directed piece of crime drama that will have you hooked from the get go.

The show lacks any big name stars, but Cyrielle Debreuil (who plays Céline) you might recognise from episodes of Spiral and Outlander. But don’t let the lack of celebrity stars put you off; each actor holds his/her own and contributes to a highly engaging piece of drama.

Héléna Noguerra – who plays Alexandra – is particularly watchable. Her character, the suave and sophisticated sister, clearly feels uncomfortable back in the village she grew up in. She’s more used to attending premiers on the red carpet in Paris. But her love for her sister is as intense as ever. So when she discovers that Manon has a dark side – something that she had no clue about – it unnerves her immensely, and makes her realise that perhaps that that sisterly bond wasn’t as tight as she thought.

Walter Presents have given us a wide variety of drama lately, drawing entertainment from around the globe and moving into other genres. But this is what they do best – finding little nuggets of thrillers like Beyond Appearances to entertain us during the darkening evenings. And long may that continue.

Beyond Appearances is available to watch now as a full boxset on All 4.