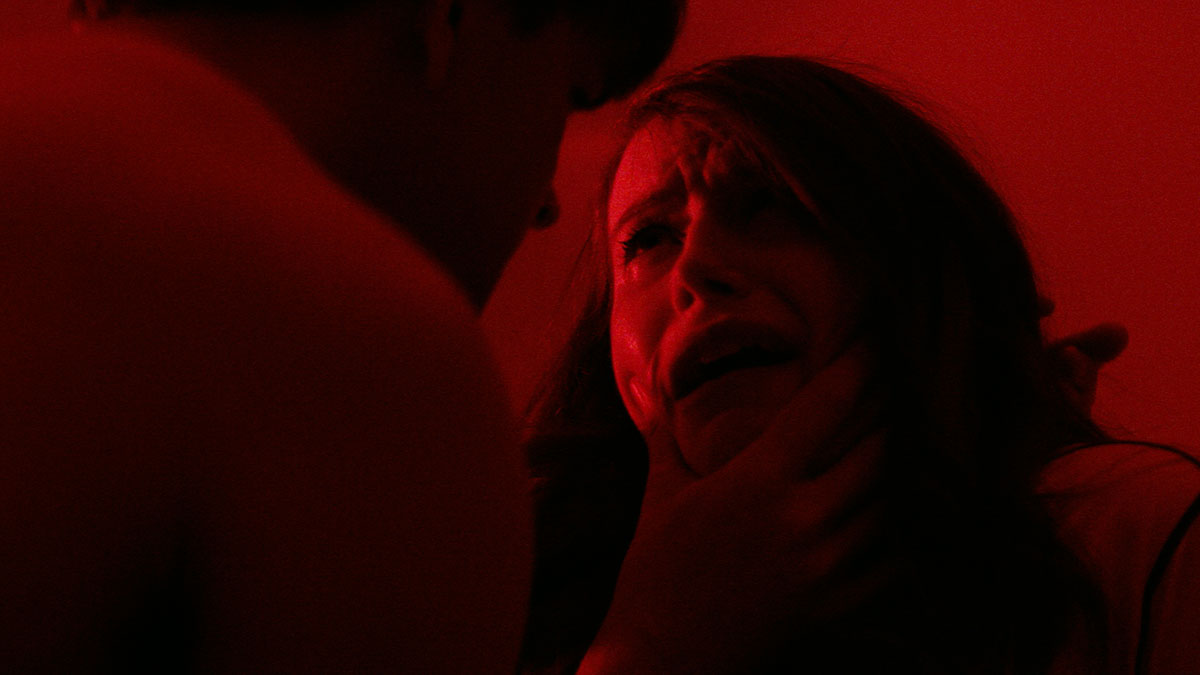 Young couple Tom (Jim Schubin) and Eve (Chloe Carroll) pretend they’re married to they can participate in a scientific experiment known as The Millennium Project. The 30-day study is supposed to analyse their relationship as they live in a secluded smart home and they will be rewarded $50,000 for their time. What starts off as exciting and fun soon turns into a descent into paranoia for Eve as she starts to suspect that Tom isn’t the man she thought he was.

The feature directorial debut of Phillip G. Carroll Jr., The Honeymoon Phase starts off as a drama with an almost whimsical light-hearted feel before transforming into something altogether darker. As the experiment progresses, Eve starts to feel unsafe and becomes paranoid that something is going on. At first her suspicions fall upon the people around her and Tom, but quickly she begins to suspect that Tom isn’t the man she entered the experiment with.

What unfolds after that is a rollercoaster for the viewer who needs to decide whether they believe Eve or if they think she’s becoming delusional. As the clues seem to pile up one way, other doubts creep in that make you think she may be a victim of her circumstances. The tension soars in the second half, which is when the film really finds its feet and the climax, which I wasn’t wholly sure was going to be satisfactory, manages to deliver a few twists that the audience won’t see coming.

Much of the film rests on the shoulders of Chloe Carroll, who is the wife of the film’s director. Honestly I wasn’t completely convinced by her, finding her a little lacking in the first half of the film but when her character is required to fight and be stronger, she was much better. Her performance was certainly better than Jim Schubin who never manages to be more than a cartoon villain when he’s acting out Jim’s (potential) villainous side. There isn’t a whole lot of chemistry between them either, making it hard to really buy into the relationship of their characters.

The Honeymoon Phase is an interesting idea and the premise is pretty solid. The execution isn’t as slick as it could have been and the film is a little uneven with a first half that takes a little too long to really get going. The second half wins you over and it suggests that with tighter direction and a stronger cast, it could have been an even more compelling film. Don’t get me wrong, it’s enjoyable enough but it never quite reaches the heights you hope it will.