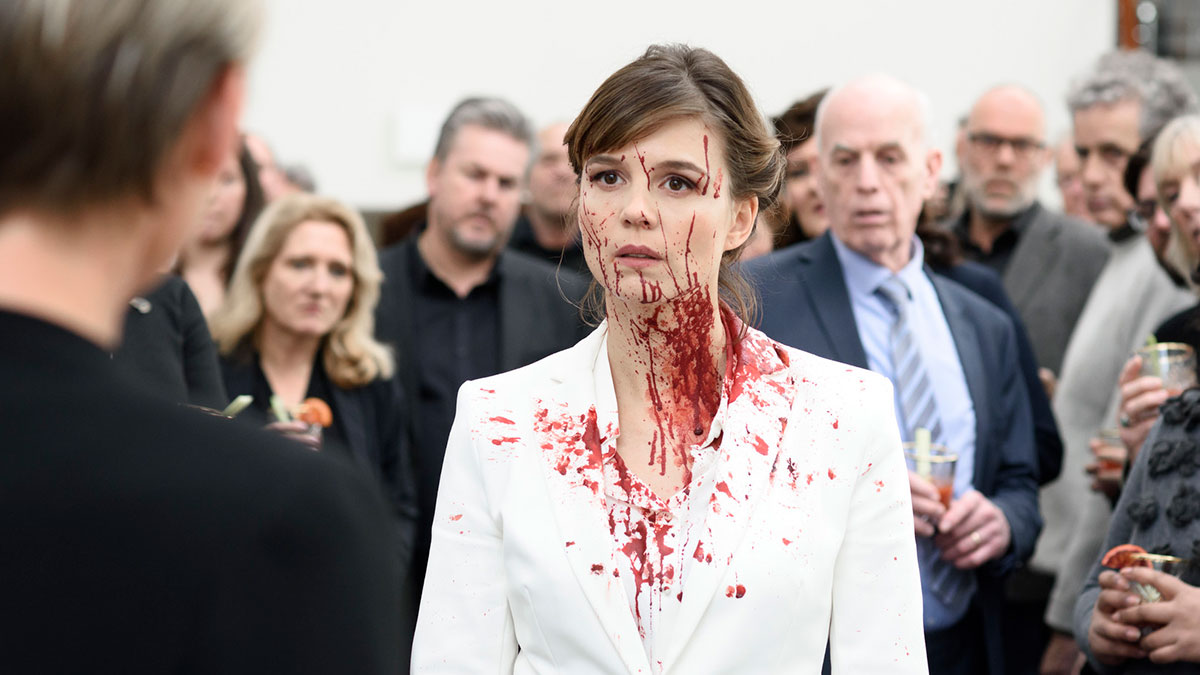 Columnist and author Femke Boot (Katja Herbers) is upset when she becomes targeted on social media by trolls who slate her work and fantasise about killing her. As the comments get worse and worse, Femke can’t stop looking and one day she notices that her neighbour is one of the people tweeting horrendous things about her. Deciding that she’s had enough, and with no help from the police, Femke takes matters into her own hands and gets revenge on the men causing her misery and distress.

Ivo van Aart’s The Columnist is a biting look at the impact that social media has in modern society. Regularly in the headlines you see stories of people who have killed themselves because of the treatment they receive on social media and there’s very little done to regulate the platforms, or hold people accountable for what they say on them. At the beginning of the film Femke is discussing how society tends to turn on people they don’t agree with and she highlights social media as cause of division. You just have to look at the tweets about the upcoming US election to know she’s not wrong.

When Femke finally snaps and kills her neighbour after discovering the vile things he’s been tweeting about her, you can’t help but cheer her on. This is a woman who has been pushed to the edge and endured the most horrendous personal attacks, just because people don’t enjoy the columns she’s written. Following her first murder, Femke begins to obsess about the others that are bad mouthing her and sets about plotting taking them out too.

The murders are grisly and the humour is very dark. Femke shows little to no emotion in regards to what she’s doing, propelled on by the feeling that she’s serving up justice. Her secret murder spree is hidden from her daughter and her boyfriend, and there are some very funny moments along the way as she covers her tracks. Something else the film gets right is the reaction of the people she exacts revenge upon. In most instances they claim not to have meant anything by their words, and that’s the typical excuse when someone is taken to task for their behaviour on social media.

Katja Herbers is excellent as Femke. Her transformation from sweet-natured journalist to cold-blooded killer is impressive, and she’s got a real knack for the dark humour the film thrives on. You never lose sympathy with her, even when her actions escalate too far, and you can understand just how hurtful social media comments can be to people. The film may even make you think twice before you next sound off on Twitter.

The Columnist is a fantastic film. It’s timely, fresh and something completely different in the horror genre. It reminded me a little bit of the under-rated Kathleen Turner cult classic Serial Mom but it’s sharp observations on the impact of social media make it incredibly relevant for today. The Columnist is a whole lot of fun, packs in plenty of laughs and more than a few shocks too.