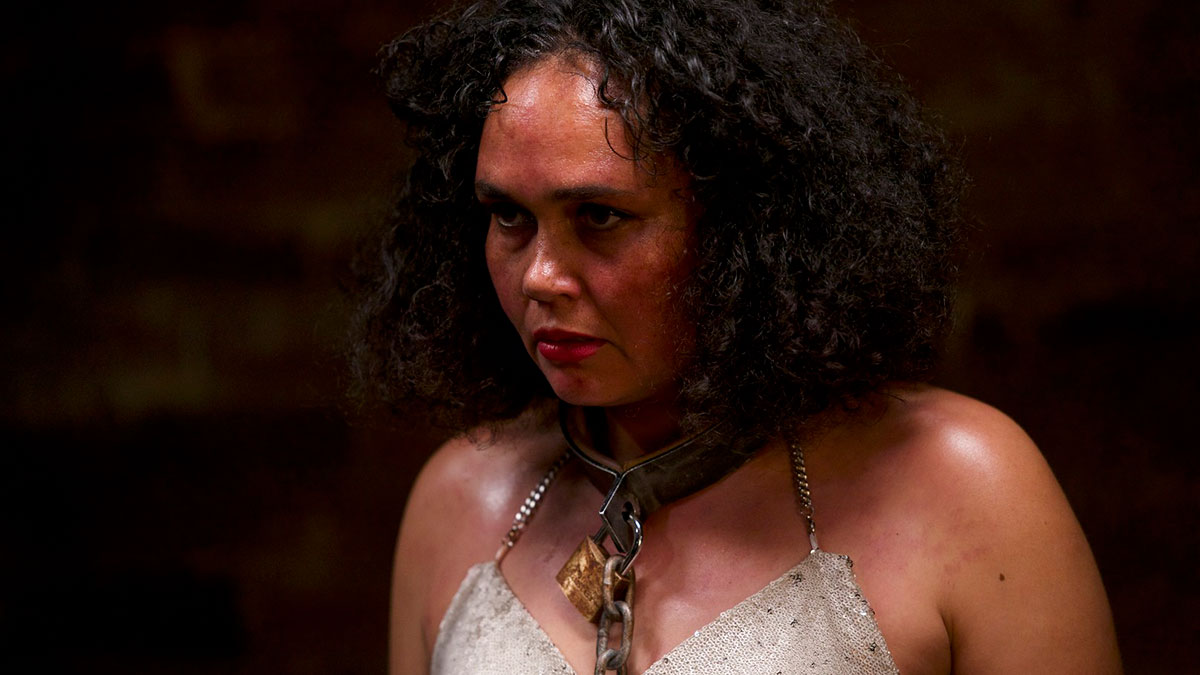 Dark Place is an anthology of horror tales that look at the post-colonial experience of the Aboriginal Australians. Comprised of five shorts, Dark Place mixes drama, horror and a bit of comedy while shining a spotlight on talented film-makers.

The collection opens with Scout, which for me is the strongest of the shorts on offer here. Directed by Kodie Bedford, Scout shines a light on aboriginal women who are kidnapped and sold into human trafficking. The short comments on how society assigns less value to Aboriginal people with one character noting that their disappearance would likely not even be noticed. Focusing on the plight of three women, Scout is unsettling and it transforms into a bloody tale of revenge.

As is often the problem with anthology films, the tone is uneven across the five shorts here. Bjorn Stewart’s Killer Native feels out of place, bringing slapstick comedy and gore at the end of the collection. I didn’t feel that it was a cohesive choice to end the collection and despite a few good laughs, I didn’t find too much to love about it either. Similarly. Liam Phillip’s Foe, which tells the story of an insomniac who believes something supernatural is in her house, has a good premise but the execution is lacking meaning that it doesn’t quite hit the mark it aims for.

Rob Braslin’s Vale Light fares better, telling the story of a woman and her potentially gifted daughter who move into a housing commission estate and befriend the mysterious woman next door. The short is intriguing and it holds your attention, and I thought the climax actually offered a nice surprise.

Perun Bonser’s black-and-white short The Shore is a vampire story told with plenty of atmosphere. It’s not a perfect watch but it’s enjoyable and there’s plenty of blood in there for the gore hounds. It stands out also because aesthetically it’s very different to the rest and the use of black-and-white really brings the horror out of the cinematography.

Dark Place is a solid watch but its unevenness stops it from being truly fantastic. Scout is without a doubt the best of the five shorts here. There’s plenty to enjoy about the others too and the subject matter is both interesting and pertinent given the current climate across the world. If anthology films are your thing, you’ll lap this up but if they’re not, you may find your attention wandering by the time the final short begins.