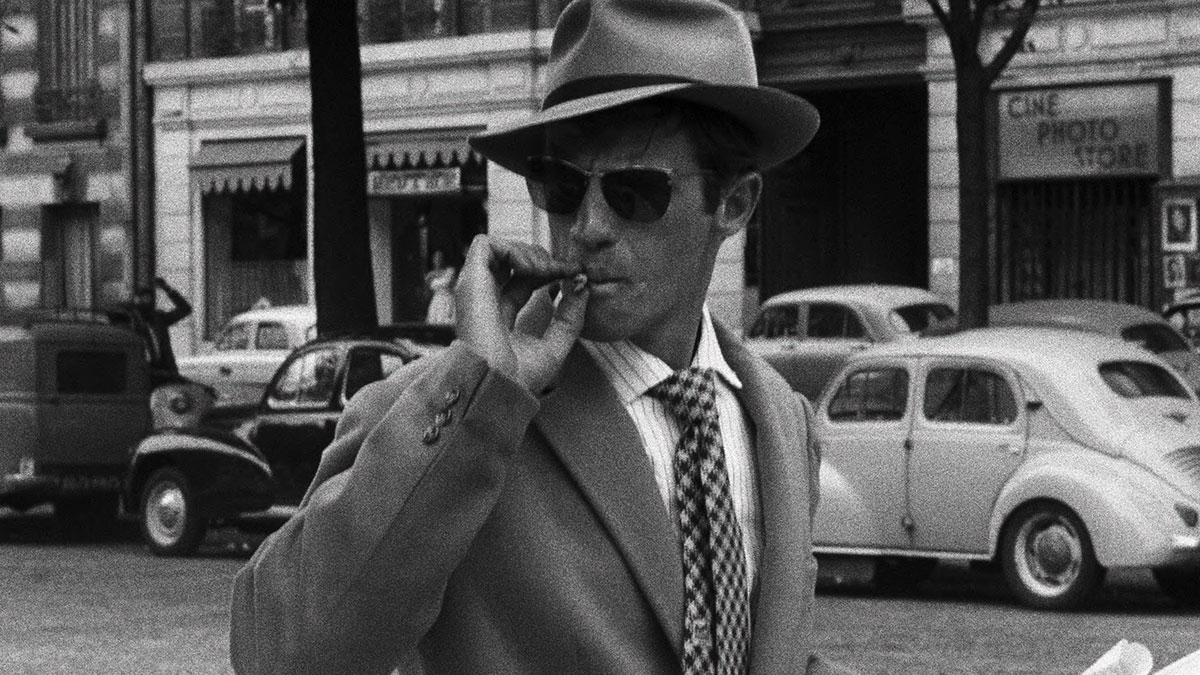 The new release, available to pre-order now, marks the film’s 60th anniversary and it there will be limited theatrical screenings too.

Breathless (À Bout De Souffle)  features iconic performances from Jean-Paul Belmondo and Jean Seberg as the central, most delightful and insolent couple in cinema history – young, effortlessly stylish, and in love in Paris.

Based on a story by Francois Truffaut and photographed by New Wave legend Raoul Coutard, Jean-Luc Godard’s film debut is a jazzy riff on Film Noir. With its non-stop pace ‘Breathless’ reinvented the grammar of movies and spearheaded the French New Wave of filmmaking.

Michel Poiccard (Jean-Paul Belmondo) considers himself a suave bad guy in the manner of Humphrey Bogart with his cigarettes, hat, sunglasses and determined unconformity. While driving a stolen car he impulsively kills a policeman. Hiding out in his student girlfriend Patricia’s (Jean Seberg) Paris apartment he tries to pull together enough money to get the pair to Italy. But when Patricia learns that her boyfriend is being investigated for murder, she begins to question her loyalties.

‘Breathless’ (À Bout De Souffle) has been painstakingly restored in 4K by STUDIOCANAL with the help of the CNC, within the framework of the Selective Aid for the Digitization of Cinematographic Heritage Works.  This restoration was supervised by the laboratory L’Image Retrouvée.

The teams restored ‘Breathless’ from the original film negatives, which were originally shot on two types of film: Gevaert Belgium and Ilford Pancromatic.  Due respect was given to these two different textures of film during the restoration process, resulting in a fully realized 4K restoration which allows audiences to enjoy the film in this new definition, with full appreciation of the original artistic intentions of the Director.

‘Breathless’ was selected by Cannes Classics 2020 and will be screened at Bologna’s Il Cinema Ritrovato Festival (25th-31st August 2020) at the historic Piazza Maggiore, at the Lumière Film Festival (October 10 – 18 2020), within their Cannes Classics section, and at select UK cinemas (details tba) giving audiences the opportunity to enjoy New Wave icon Jean-Luc Godard’s timeless classic on the big screen.

Advertisement. Scroll to continue reading.
In this article:Breathless, StudioCanal