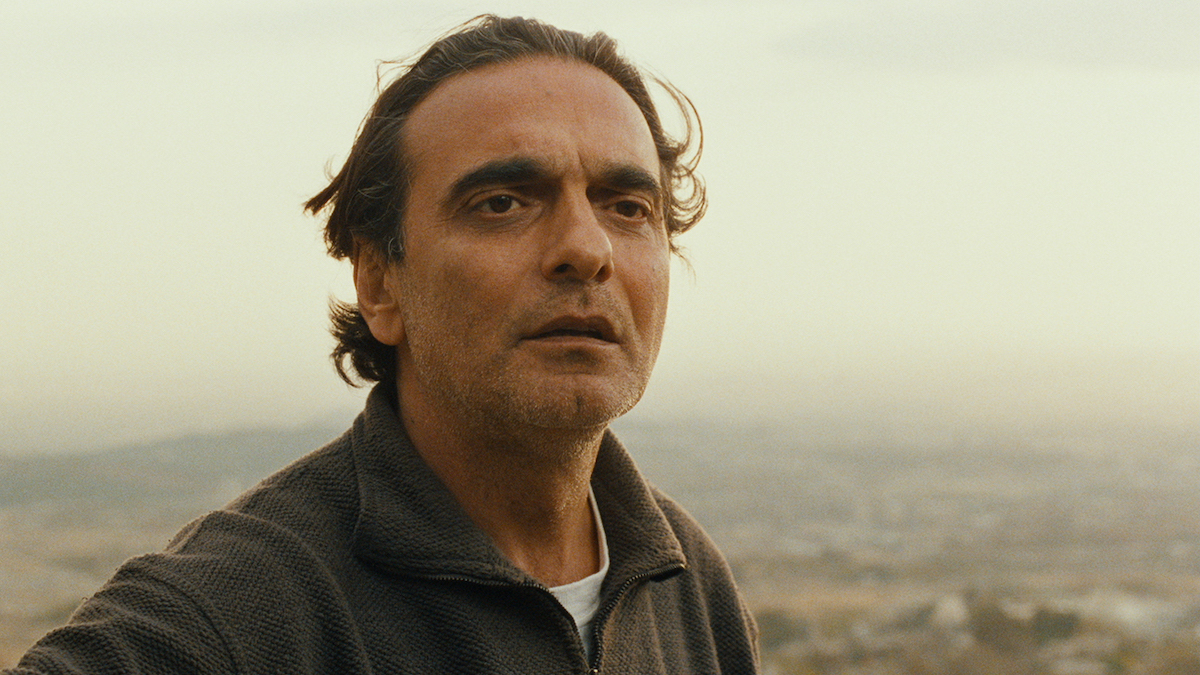 Abbas Kiarostami’s Palme D’Or winning Taste of Cherry is the latest Criterion title to be made available in the UK. Kiarostami is a hugely divisive director, both in his native Iran, and around the world. Many view his style as the highest level of cinematic artistry, whilst others find his unique approach to the language of filmmaking extremely challenging. He defies audience expectations when it comes to narrative convention, he breaks the fourth wall in the most bafflingly brazen ways, and will often cut away from what we (audiences weaned on traditional narrative cinema) would consider to be the most important scenes in his films.

Taste of Cherry—a patience testing meditation on life, humanity, faith, and nature—is no less challenging or divisive. The plot is extremely basic, consisting only of a man, Mr. Badii (Homayoun Ershadi) who is planning to commit suicide. He spends the running time of the film driving around the hillsides on the outskirts of Tehran looking for someone to assist him with his final wishes.

There is no narrative drive, just this repetitive sequence of him driving around and having long conversations with the people he picks up as he attempts to convince them to help him. Most of the film is shot in a simple one-two style inside the car. When Kiarostami briefly takes us outside the car he shows us the stunning, bleak landscapes, bathed in gorgeous natural light. It’s an extremely minimalist approach, and one that intentionally invites interpretation.

As the viewer, we spend most of the film sat alongside Mr. Badii in his car, hoping to engage with him in some way. The massive contradiction at the heart of Taste of Cherry is that even though we spend the film uncomfortably close to Mr. Badii, we are kept at arms-length from him. We know nothing about him. Kiarostami doesn’t invite us to know anything about his subject, and when you finally sense that he might open up, he dramatically pulls the rug from under us in the most unsatisfying way. If you’ve seen it, you’ll know what I’m referring to.

With such an unflinchingly ascetic approach, both narratively and stylistically, Taste of Cherry becomes more like a blank canvas than a film. My feeling is if you look hard enough you can project profundity and poetry onto anything. But is there anything really there to begin with? Look, I’m not saying it’s not a work of art. People far cleverer than I have declared it an exquisite masterpiece and one of the greatest films ever made. Who am I to argue? I was beguiled by the simple beauty of this film, but left frustrated and bored by its execution.

There are some excellent special features to accompany this release. First up is Project, a 44-minute concept film which Kiarostami made to plan out Taste of Cherry. Shot on video, featuring himself and his son acting out the parts, it is kind of like a live action storyboard and script meeting all in one. A fascinating glimpse into his working method.

Next up is a brand-new interview with film scholar Hamid Naficy discussing the film. This provides some interesting historic, social, and biographical context to Taste of Cherry. Also on the disc is an interview with Abbas Kiarostami from 1997, speaking at length about the film and many other subjects.

Finally, there is an episode of Observations on Film Art from the Criterion Channel. This features the respected film theorist Kristin Thompson discussing Kiarostami’s use of landscape, and how this supports and reveals character.

In this article:Abbas Kiarostami, Criterion Collection, Taste of Cherry