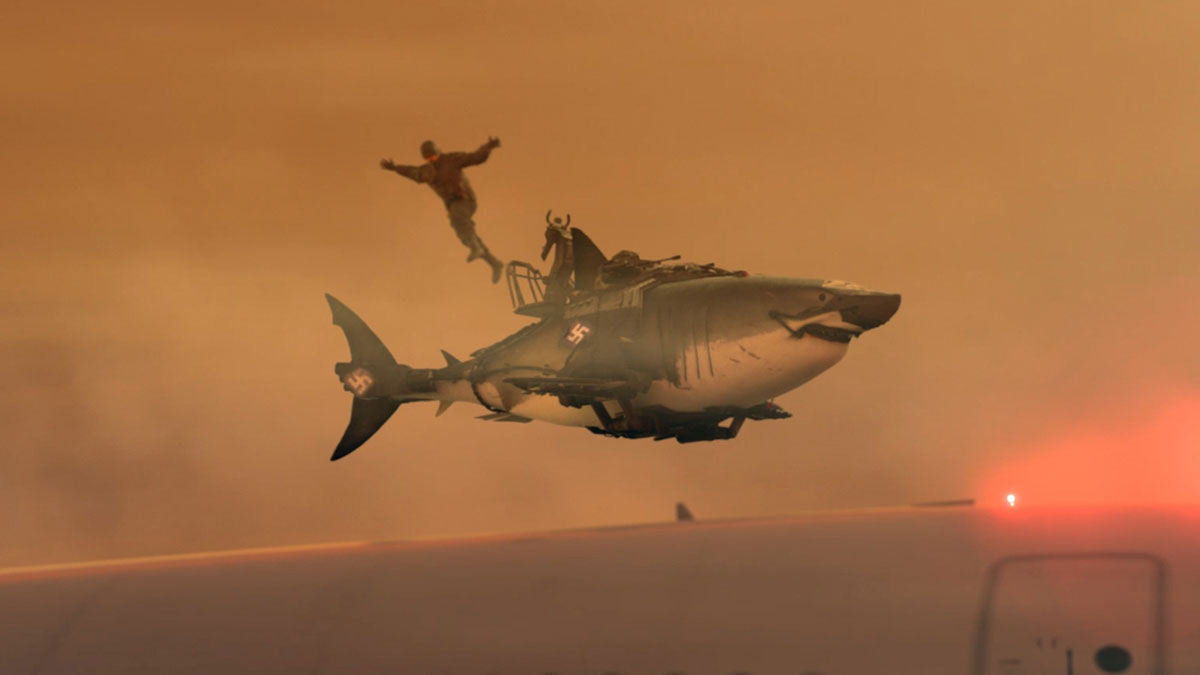 A team of geologists discover a Nazi warship in the Arctic and in it find machines of destruction that could be used to destroy civilisation. Dr. Klaus Richter (Thomas Morris) was involved in creating rocket powered sharks and genetically mutated undead pilots, and he’s the only person that can save humanity and stop them. With the help of his daughters Angelique (Barbara Nedeljakova) and Diabla (Eva Habermann), Dr. Richter sets about to right his past wrongs.

Sky Sharks is a very hard film to review with any degree of seriousness. The very nature of the film is ridiculous and it’s supposed to be a thrill ride rather than a genuinely incredible piece of art. From the bloody opening, which establishes the film’s penchant for hyper-stylised effects rather than anything that resembles realistic, through to the bonkers climax, you’ll have a hard time understanding what the hell is going on.

The performances are universally awful, even the usually reliable horror icon Tony Todd, but that’s not what this film is about. Those who go to see Sky Sharks want to see ridiculous over-the-top action and gratuitous violence and nudity. If those are your reasons for wanting to see it, then you won’t be disappointed. Around the obvious set-pieces, which sadly doesn’t include all that much in the way of the titular Sky Sharks, the film-makers have attempted to put a story in the mix but it’s incoherent and bogged down with heavy exposition in the way of flashbacks.

The film’s best asset is how it looks. The budget is clearly not what the film needed but the film-makers have done their best to give the film a stylised look-and-feel that kind of works. The green screen is still obvious and the sharks look like poor CGI at times, but somehow it does actually work. The sheer gusto of the set-piece scenes has to be applauded too as they do serve up plenty of (CGI) blood and a heck of a lot of head slicing.