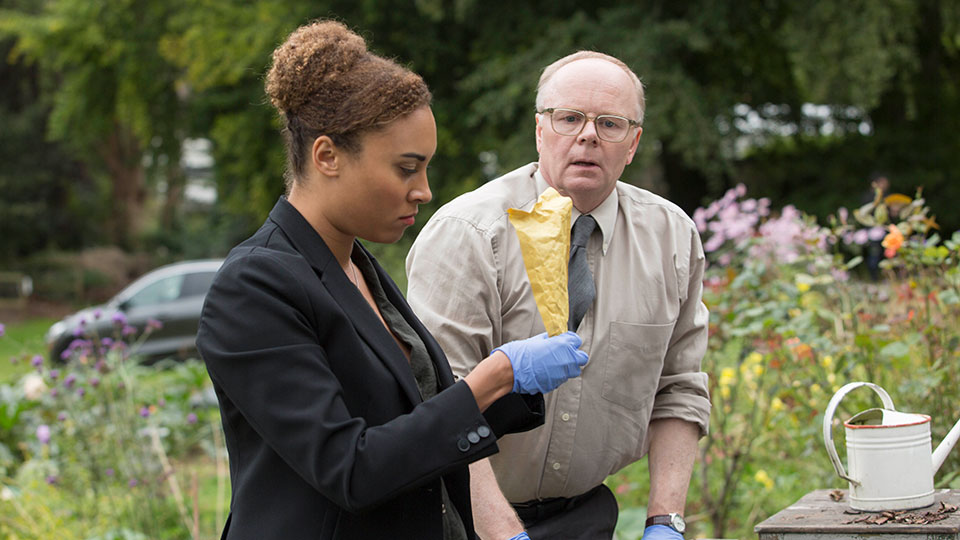 McDonald & Dodds has been commissioned for a second series by ITV.

The first series, which consisted of feature-length films, aired on the channel earlier this year.

Set in picturesque Bath, the series pairs fiesty DCI McDonald, who has recently transferred from London’s Met Police, with the modest and unassuming DS Dodds, who has been happy in the background for most of his working life. Thrown together seemingly with nothing in common, they forge a rumbustious, and ultimately highly effective crime solving partnership.

The new series has been commissioned by ITV’s Drama Commissioner Huw Kennair Jones and Head of Drama, Polly Hill. Huw will oversee production of the drama from the channel’s perspective.

“We’re delighted with the audience reaction to the first series of McDonald and Dodds. The two characters couldn’t be further apart, which is what makes the series so intriguing to watch. They shouldn’t have chemistry, but they do, and they work brilliantly in partnership which is testimony to Robert’s script and Tala and Jason for bringing McDonald & Dodds to life.”

“We are thrilled that Robert Murphy’s clever storytelling was a hit with audiences earlier this year. McDonald & Dodds are a quirkily unique investigative team brought to life beautifully by Tala Gouveia and Jason Watkins. We’re really pleased ITV have commissioned more films and look forward to returning to film in Bath.”

McDonald & Dodds is created and executive produced by Robert Murphy, who is the lead writer for the series. It will once again be filmed in the West Country.

The brand new episodes will be directed by Alex Pillai (Chilling Adventures of Sabrina, Riverdale), Rebecca Rycroft (Malory Towers, Danny and Mick) and Ian Aryeh (In The Long Run, Andy and the Band).

The first series is available to view via streaming platform Britbox. Series one launched with a consolidated rating of 6.4m and a 26% share of the available audience.

Advertisement. Scroll to continue reading.
In this article:ITV, McDonald & Dodds