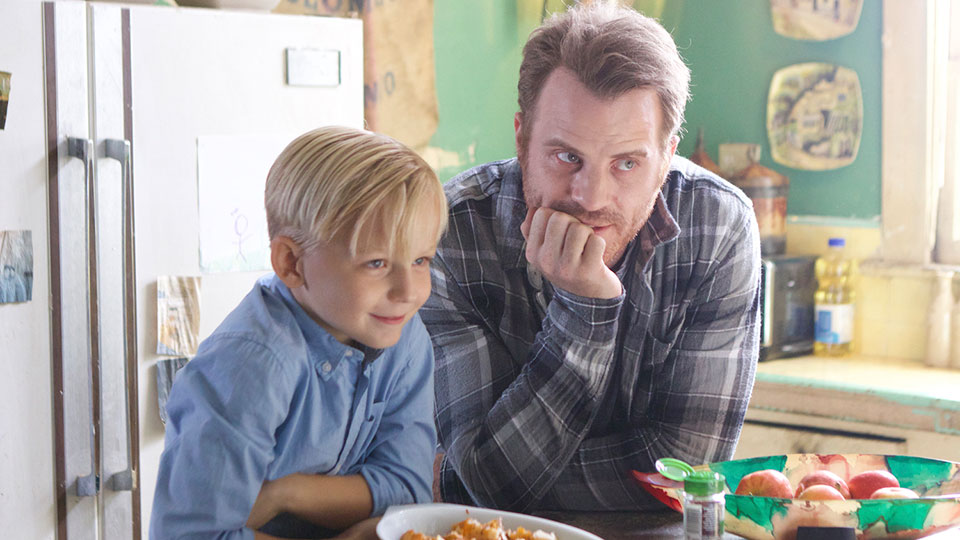 Widower Joel (Robert Kazinsky) is struggling with mental illness following the loss of his wife. Trying to make ends meet so his son Mason (Caden Dragomer) can have a normal life, Joel begins to worry that Mason is showing signs of the same illness that he’s battling. As Mason goes into a rapid decline, Joel becomes convinced that his son is possessed and he calls in the help of Father Lambert (Peter Jason) to perform an exorcism and save his son’s life.

Horror films with a religious bent about exorcism are plentiful. Ever since the success of The Exorcist, horror film-makers have tried to put their own spin on the trope to varying degrees. The Assent aims for a more psychological approach to its story than flat out horror, although there is some superb and unsettling imagery on display that will provide a few jump scares. Joel is quickly established as an unreliable narrator so the viewer has to try and figure out if what unfolds is really happening or related to Joel’s deteriorating mental condition.

Joel’s decision to enlist the help of Father Lambert isn’t fully proactive on his part but his worry that his therapist Dr. Maya (Florence Faivre) may take his son away from him, if she deems him to be unfit, outweighs the risks (in his mind) of putting Mason through a gruelling exorcism. You can sympathise with Joel’s actions as he’s a worried father trying to do the best for his son but at the same time, you can’t help but worry that Joel’s mind has removed him from reality, and he could actually be unnecessarily endangering Mason.

Robert Kazinsky, who is probably still best-known for his role in EastEnders, is superb as Joel. He’s an actor that’s never quite managed to have the big break in the US that it looked like he would have post-True Blood but in The Assent he more than proves he can carry a weighty lead role. His performance is a forceful one and I’d like to see him take on more challenging roles like this.

The Assent is a solid horror that tries to do something different, and for the most part succeeds. It’s not a perfect film, nor is it going to be a stand out in the exorcism sub-genre, but it’s an enjoyable and creepy watch. There are plenty of twists and rug-pulling moments to keep even the hardened horror fan invested. While it may not be terrifying, it does play on the mind and it’s a better film than you think it’s going to be.