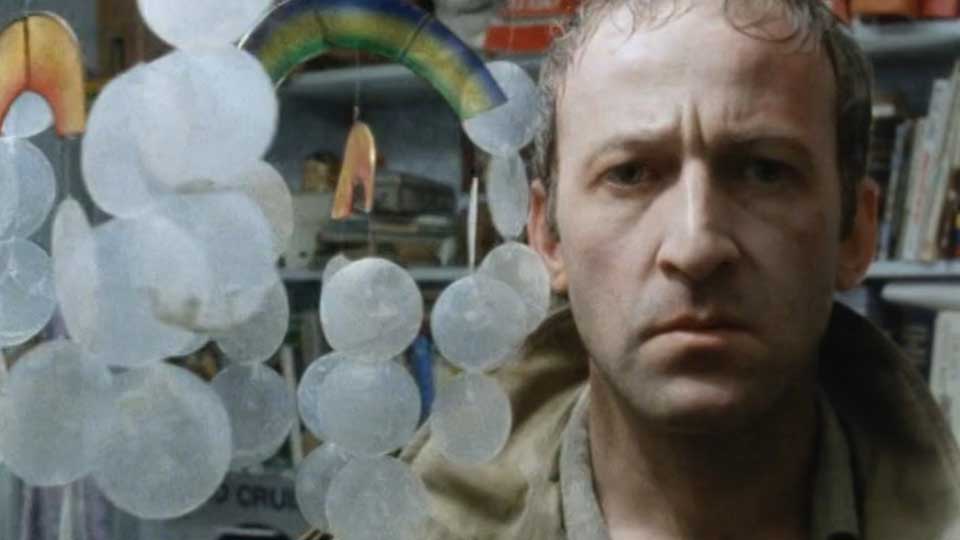 The moving image offers immortality to actors, whose performances, frozen in time, can enthral new generations of fans even years after death.

We look back over the careers of ten fantastic British character actors who sadly left us too soon (before the age of 60) and remember some of their career highlights. If you haven’t discovered them yet, then seek them out!

The South African-born Nigel Green featured in countless British productions of the 1960s. He starred opposite Stanley Baker (see below) in The Man Who Finally Died (1963) and Zulu (1964). He was the untrustworthy Major Dalby to Michael Caine’s Harry Palmer in The Ipcress File (1965). He returned to villainous territory in 1967’s enjoyable caper Deadlier Than the Male. Fans of cult British TV may recognise him for guest performances in hit series including Jason King, The Avengers, The Persuaders!, Danger Man And The Protectors. Shortly before his death, he worked with Peter O’Toole in The Ruling Class (1972). It is not known whether his death from an overdose of sleeping pills was accidental, but it came at the age of only 47. In a busy career, Green recorded many great performances which ensures that his memory lives on.

Welsh leading man Sir Stanley Baker was knighted shortly before his premature death in 1976. His severe features served him well in a variety of hard man leading roles, and from the 1950s, Baker established himself as a leading actor in British film. He appeared with a great cast in The Cruel Sea (1953), saved himself from a psychotic Patrick McGoohan in Hell Drivers, and played a police inspector in Liverpool in Violent Playground (1958). Perhaps his best-known role is the lead officer Chard in 1964’s Zulu – the film that gave Michael Caine his big break. Baker memorably starred opposite Dirk Bogarde in Joseph Losey’s thriller Accident (1967). Many years of heavy smoking caught up with him, and he died from lung cancer in 1976, aged 48.

The sudden death of Richard Beckinsale, aged only 31 (by far the youngest of our top ten), was deeply shocking. The loveable actor was a firm favourite with British TV viewers thanks to a string of appearances in classic sitcoms. He starred opposite Paula Wilcox in The Lovers (1970), but 1974-77 were the sweet spot of his career. Concurrently he starred in Rising Damp opposite Leonard Rossiter (who also makes our list) and Don Warrington, and in Porridge opposite Ronnie Barker. Both sitcoms remain firm favourites and are regularly cited as classics. Beckinsale was working on Bloomers (1979) when he died, and it was released posthumously. His daughter, Kate Beckinsale, continues the legacy he began.

Almost always cast as a villain, Tony Beckley brightened up every production he was in, usually playing menacing or unhinged parts. He twice starred opposite Michael Caine: firstly as the outrageous Camp Freddie (the chap in the bright pink suit) in the 1969 crime caper The Italian Job, and then again as the blond-haired assassin Peter in Get Carter (1971). He was one of the villains getting on the wrong side of Roger Moore in 1974’s Gold, set in South Africa. Doctor Who fans will know him as Harrison Chase, the plant-obsessed villain of the Tom Baker classic The Seeds of Doom. Towards the end of his career, he appeared in Revenge of the Pink Panther, a tired sequel that nevertheless gave him scenes with Peter Sellers. His final performance is arguably his most memorable: Beckley played the psychotic child killer Curt Duncan in the horror classic When A Stranger Calls (1979). The success of the low-budget film, and Beckley’s acutely disturbing performance, ought to have seen him enjoy a lucrative career as an English villain in Hollywood, but he died only six months after the film was released, aged 52. He is buried in Hollywood.

The brilliant and original comic performer rewrote the rules on good acting. With his rapid delivery and exaggerated physicality, there are few actors who could have become so revered for such an unusual approach. Rossiter twice worked with Stanley Kubrick – in 2001: A Space Odyssey (1968) and in a more substantial role in Barry Lyndon (1975), in which he played the cowardly John Quin. He was also a memorable undertaker in Carol Reed’s Dickensian musical Oliver! (1968). Nevertheless, it’s for his situation comedy work that Rossiter became a celebrated household name. Following a guest spot in Steptoe and Son, Rossiter was cast as the seedy landlord Rupert Rigsby in Rising Damp (1974-78). A rare hit for an ITV sitcom, Rising Damp became a much-loved staple of the TV schedules. It led to his casting as the lead in the BBC’s The Fall and Rise of Reginald Perrin (1976-79). Although held up as a classic, the Perrin series in reality saw diminishing returns, and Rossiter never quite repeated his Rising Damp success. A busy career ran uninterrupted until Rossiter died from a heart attack backstage at the Lyric Theatre part-way through performing as Inspector Truscott in Joe Orton’s Loot (a dark comedy about death), on 5th October 1984. He was 57.

Leonard Rossiter in The Fall and Rise of Reginald Perrin. Credit: BBC

Blessed with a memorable face and a remarkable natural talent, Ian Hendry quickly established himself as a leading man. He was the original star of The Avengers in 1961, before leaving the series and allowing supporting actor Patrick Macnee to step into the limelight. He remained busy, appearing in many productions, but his progression was hampered by Hendry’s well-earned reputation for heavy drinking. His minor part of Eric Paice in 1971’s Get Carter opposite Michael Caine is rightly celebrated, but as recounted in the biography Send in the Clowns, his demons were causing problems. He appeared opposite Wanda Ventham in the fondly-remembered The Lotus Eaters, and guest-starred in popular series such as The Sweeney and The Persuaders! He’s memorably killed off alongside Leo McKern in the opening sequence of The Omen II. His final performance was in Liverpool-based soap opera Brookside, in which he played Davey Jones. He died on Christmas Eve, 1984, aged 53.

British television actor Maurice Colbourne came to prominence as the anti-hero John Kline in Gangsters (1976-78). The inventive series was way ahead of its time, used a multi-ethnic cast, and increasingly broke conventions, not least the fourth wall. Colbourne had his limitations – never handling comedy well – but his granite face enabled him to carve out a successful career playing heavies and serious leading parts. The Onedin Line (1979) and the definitive The Day of the Triffids (1981) are both excellent television dramas involving Colbourne. He also played the mercenary Lytton in two Doctor Who adventures, appearing opposite Peter Davison and then Colin Baker. He became a household name with his final role, playing the lead role of Tom Howard in Howard’s Way. The quintessentially 1980s nautical soap opera brought a touch of glamour to TV screens. Colbourne’s sudden and unexpected death from a heart attack, aged 49, meant that the series rounded out without him, and his first prominent, prime time leading role was also sadly his last.

Considered one of the major acting talents of his generation, the charismatic Scot Ian Charleson came to international prominence in Chariots of Fire in 1981. He played the leading role of Eric Liddell, the athlete who won a gold medal at the 1924 Olympics. The following year, Charleson played another Christian missionary, taking the part of Charlie Andrews, friend to Gandhi, in Richard Attenborough’s epic biopic. In 1983, Charleson appeared to television audiences as the British spy Robert Bruce Lockhart in the miniseries Reilly: Ace of Spies, opposite Sam Neill. What promised to be a truly remarkable career was cut short by ill-health. One of Charleson’s final leading performances of note was as the director Marco in Dario Argento’s giallo classic Opera (1987). Shortly before his death, Charleson drew great acclaim for his performance as Hamlet on stage. He died from complications from AIDS aged 40 in 1990.

My all-time favourite, Bob Peck [feature image] is one of those immensely talented actors who never gave a dud performance. Often cast in intense and dour roles, the Yorkshire-born actor nevertheless showed great versatility throughout his career. As a member of the Royal Shakespeare Company and a regular on London’s West End, a vast amount of his career was spent on the stage. In fact, playwright Alan Ayckbourn discovered Peck and wrote the part of Guy Jones for him in A Chorus of Disapproval. As a relative unknown to TV audiences, Peck was given the leading role in the BBC’s seminal nuclear conspiracy thriller Edge of Darkness in 1985, for which he won that year’s BAFTA as a leading actor, thrusting him into the limelight. The series regularly tops the lists of all-time great television. International fame came later, when, in 1993, he stole the show in Steven Spielberg’s classic Jurassic Park. As the gallant gamekeeper Robert Muldoon, Peck had one of the most memorable exits in movie history, mouthing the immortal line, “Clever girl!” before being pounced upon by a ravenous dinosaur. A diagnosis of cancer the following year stymied Peck’s Hollywood career, but he continued to work on theatre, film and television projects up until his death, aged only 53, in 1999. It deprived audiences of future performance by a major talent. An Ungentlemanly Act (detailing the 1982 Falklands Conflict), the conspiracy thriller Natural Lies (1992) and Andrew Grieve’s On The Black Hill (1988) are also well worth checking out as career highlights.

The handsome leading man with aristocratic good looks came through the ranks in the 1970s, but the 1980s proved his heyday. He joined the stellar cast of I, Claudius in 1976 as the ill-fated Lucius, and played a character of the same name in the sun and sandals epic Jesus of Nazareth later that decade. Joining Peter Ustinov, Bette Davis and David Niven on the big screen for Death on the Nile, and then starring opposite John Mills in a small-screen adaptation of Nigel Neale’s science-fiction favourite Quatermass ensured that his star was rising by the end of the 1970s. A move Stateside beckoned, and he secured a substantial part in Jaws 3-D. Although the finished product didn’t match the brilliance of the first two, MacCorkindale’s character memorably comes to a nasty end, lodged in the gullet of the carnivorous fish. To a whole generation, Simon MacCorkindale will always be either Jonathan Chase from Manimal – the shapeshifter with the power to transform himself into other species, or Greg Reardon from the soap opera Falcon Crest. After the 1980s, there was less demand for aristocratic characters, but in the final decade of his life, MacCorkindale became a familiar face on British TV once again after he joined the cast of medical drama Casualty. He continued to work through periods of ill-health, and sadly died from cancer in 2010, aged 58.

See our tribute to Tony Beckley.