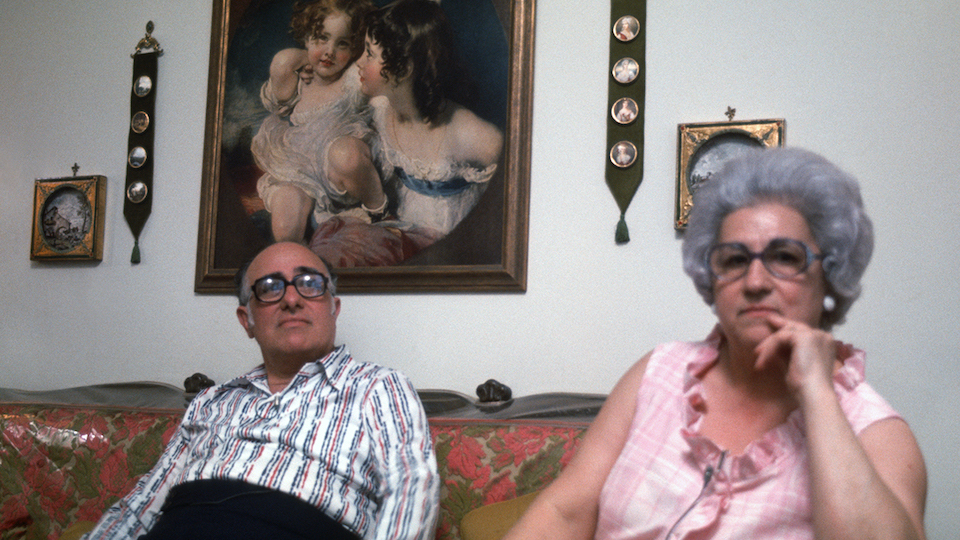 Whenever you are afforded the glimpse into the early works and experimentations of a great artist, you inevitably find yourself looking for the key themes, concerns, and stylistic flourishes that would go onto define them. With this tremendous collection of short films and mid-length documentaries from Martin Scorsese, we get not only a vivid portrait of the artist as a young man, but also a preview of the cinematic maestro he would become.

Even from his earliest, experimental shorts, his command of the artform is utterly astounding, drawing influence from European cinema, the French New Wave, and the underground arthouse films of Kenneth Anger. The earliest release in this collection is 1963s What’s a Nice Girl Like You Doing in a Place Like This. It is a stylish and fragmented conceptual piece about a man who moves to New York to be a writer. The film displays some of the nifty visual tricks and referential touchstones that would become so familiar in Scorsese’s later feature films.

It’s Not Just You, Murray (1964) is another student film, and quite honestly it is astonishing. To be that good a filmmaker, whilst still studying at NYU, is quite remarkable. The film is a hilarious portrait of Murray, a middle-aged mobster who made his fortune as a bootlegger. Blurring the lines between fiction and mock-documentary, the film highlights and satirizes the influence of wiseguys on American life.

The classic Scorsese motif of gangsters always ending up being brought low by their actions features heavily here. It’s amazing that so many people accuse Scorsese of glamourising organised crime, when the final acts of all his movies about criminals are inevitably a doomed spiral towards prison or death. Another classic Scorsese motif in this short film is food, with a terrific running gag of Murray’s mother (played by Scorsese’s mother Catherine) constantly trying to feed him spaghetti.

Next up is The Big Shave (1967), which thematically really stands out from the rest of the films in this collection. A disturbing, short slice of body horror, the film features a man having a shave in an immaculately clean and pristine white bathroom. The man keeps on shaving even after all the hair is gone, eventually cutting into his skin and tearing it away in a scene of bloody and graphic self-mutilation. The film has been widely interpreted as a response to America’s self-destructive involvement in the Vietnam War.

By 1974, Scorsese was establishing himself as a feature film director, with four full length films under his belt. In that same year he made a mid-length documentary called Italianamerican, and it is the centre-piece of this release. The film is a gorgeous portrait of his parents Charles and Catherine, filmed over one evening at their house.

It is an absolute joy of film, and his parents are such great characters, no wonder he would continue to cast them in his movies. It is worth watching alone for Catherine’s meatball and pasta sauce recipe, which is impossible to watch without a) getting very hungry, and b) being reminded of all the great cooking scenes in Goodfellas.

But there is so much more to the film, as they talk and tell stories. Catherine has a natural performative instinct, which Charles calls her on, telling her to stop “putting on” and talk how she talks to him. They talk about life and work, and religion, and about the immigrant experiences their parents faced in coming to America. They are natural storytellers, even when talking over and correcting each other. They tell stories of a New York that now only exists in memory. It is an utterly beguiling short film.

The final film on the disc is American Boy (1978), another mid-length documentary. Scorsese was by now a very big deal, post Taxi Driver, when he made this fascinating portrait of Steven Prince. Prince was a friend of Scorsese’s, and had appeared in Taxi Driver, in the memorable role of the gun salesman. In another recurring motif for Scorsese films, the subject is once again a remarkable storyteller.

The structure of the film sees Prince telling a series of fascinating and hilarious stories about his life, his experiences as a drug addict, and his time spent as the road manager for Neil Diamond. With each story, the tone gets progressively darker, and the way Scorsese shoots him becomes increasingly claustrophobic, isolating him within the confines of the frame. We know from the beginning of the film, they are in a big house in Hollywood with lots of friends, but by the end it feels as if it’s just Steven and Marty.

There’s a fascinating, fourth-wall breaking twist during the final story that breaks all the rules of documentary filmmaking, and alters how you view everything that you have just watched. It’s a perfect conclusion to this stunning collection of short films, and a timely reminder (as if we needed it) that we are watching a master at work.

This Criterion Collection release comes with a brand-new conversation between Scorsese and film critic Farran Smith Nehme. This in-depth conversation covers both his life and career, and the films that inspired him. As always, listening to Scorsese talk about movies is one of life’s great joys.

Here’s one to send Film Twitter into a meltdown. Ari Aster (Hereditary, Midsommar) and Josh and Benny Safdie (Good Time, Uncut Gems) in a brand-new conversation recorded exclusively for this release, talking about Scorsese’s short films. There is lots to enjoy in this, and it is terrific to see how the current generation of American indie filmmakers hold Scorsese in such high esteem.

There is also a radio interview from 1970, on WNYC, from the Artists in the City series. Finally, there is a booklet with the disc featuring storyboards, treatments, correspondence from Scorsese’s archive, and an essay from film critic Bilge Ebiri.