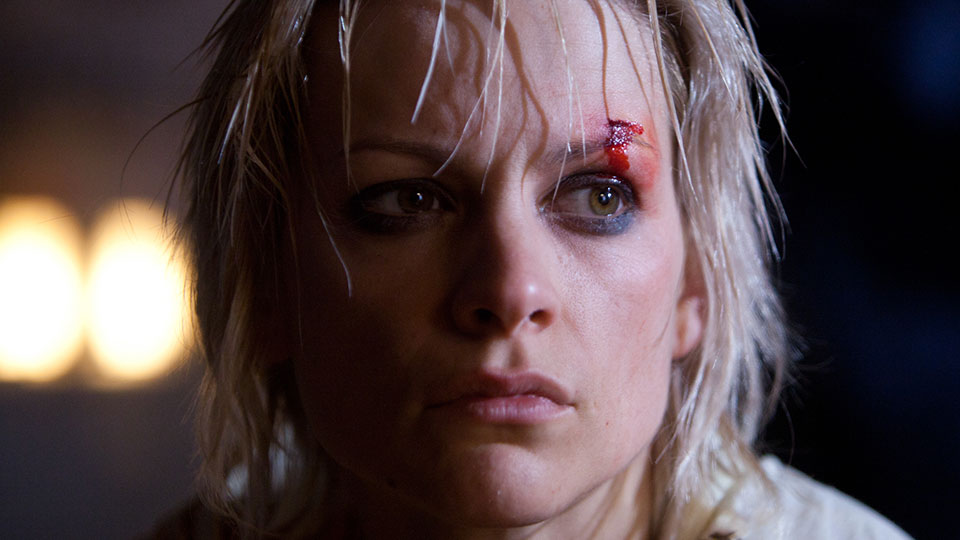 Looking back, my review of the first season of Code 37 was rather low-key. I was perhaps a bit harsh on the Veerle Baetens thriller, because it’s got better and better as time has gone on. The initially somewhat two-dimensional characters have had an opportunity to flesh out their personalities, and they’ve become endearing and more rounded as the seasons have progressed.

If you want to avoid all spoilers for Code 37: Sex Crimes, stop reading now.

I make no secret of my admiration of Veerle Baetens, who plays vice squad team leader, Hannah Maes in this risqué thriller. The Flemish actor is as brilliant in this as she was in Tabula Rasa and The Team – two more Walter Presents favourites. She recently won a Magritte Award in her native Belgium for the 2019 feature film, Mother’s Instinct, based on a Barbara Abel novel.

As before in Code 37, Hannah is joined by her three faithful male colleagues – Bob, Charles and Kevin (aka Tiny). They’re a mixed bunch who in the earlier episodes came across like hackneyed extras from Life On Mars, such is their occasionally cliched sexism and laddish behaviour. But that has been toned down by S3, thankfully. At heart, they’re good coppers and have warmed to their female boss of whom they are now fiercely protective – as we see in this episode.

Hannah’s complex personal life – a constant thread running through the previous seasons – hasn’t got any less complicated. The unsolved rape of her mother understandably still consumes her as she continues to seek out the answers to that crime that was perpetrated before her own eyes. There’s the complicated relationship with her former-judge father, which – initially at least – seems to be on a more even keel. And then there is her neighbour and occasional lover, Koen, whose over-attentiveness starts to become stifling and unwelcome.

In this feature-length episode, Hannah has just been honoured by the city’s mayor for her bravery, when she and her team are summoned to the red-light district for a case. An author – allegedly researching for a book – has been violently attacked and his fingers badly crushed by his assailant. But bruised hands are the least of his problems when his wife discovers the type of “research” he’s been doing in the bordellos and sex clubs.

Further investigations lead Hannah and her team to uncover an underage prostitution ring at a club run by Vincent, who Hannah knows from her past. When a connection is made between the attack on the author, the murder of a pimp/security guard at the club, and an assault on Vincent’s 14-year-old niece, it’s clear that Vincent is involved somehow. But soon, Hannah’s investigations are thwarted when she finds herself the focus of unwanted press attention, which leads to her temporary suspension from the case.

Running in parallel is Hannah’s search for her mother’s attacker; and a dramatic final few scenes reveal further evidence of the involvement of people very close to her – culminating in a dramatic and startling finale.

This is a series about the sex industry – as such, expect plenty of sexual references and nudity. If that offends you, this may not be for you. But it’s not overly explicit or excessive, so I’m sure most people would be fine with it.

Baetens is the undoubted star of the show – it’s her platform and she lifts what is already a pretty good cop show into something even more compelling and watchable. Give it a shot.

Walter Presents: Code 37: Sex Crimes Season 3 will be available as a full box-set to stream via All4 from 12th June 2020.