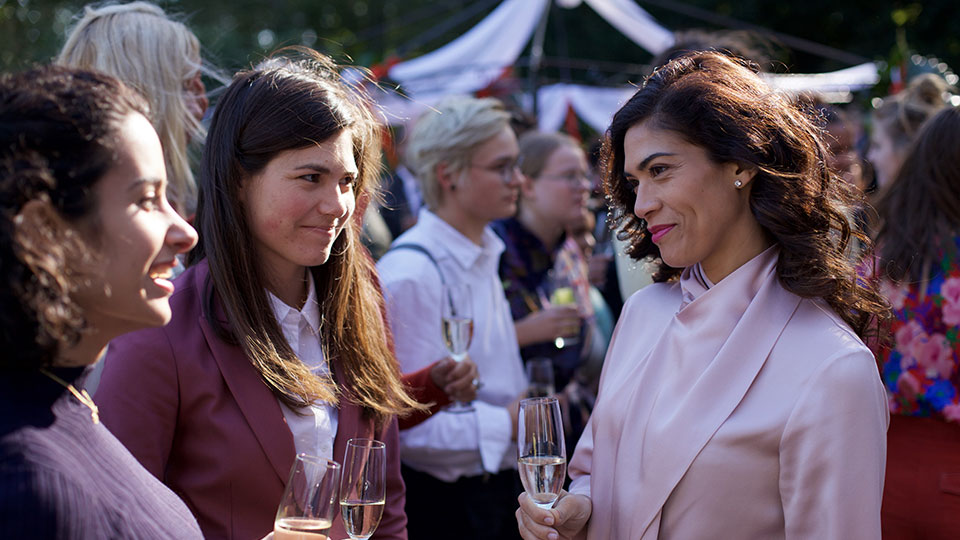 No dead bodies; no blood; no criminal mastermind; no dark, Nordic Noir – has Walter lost the plot? No, it’s actually refreshing to see WP move into unchartered territories of drama, and ANNE+ is a wonderful example of that broadening of their horizons.

If you want to avoid spoilers for ANNE+, stop reading now.

Anne (the show’s name is in capitals, but the lead character isn’t) is a young woman in Amsterdam. The + in the title refers to the women she forms relationships with over the years. The show is comprised of short (10-12 minutes) vignettes, so we essentially get to see Anne’s partners, their adventures together and the quirks that each relationship brings, before she moves on to the next one. That makes her sound almost promiscuous – it’s not like that at all. Anne is a wonderfully warm and natural character, played beautifully by Hanna van Vliet. She’s an attractive, young, unattached woman enjoying her youth – what’s wrong with that?

The show’s creators – Maud Wiemeijer and Valerie Bisscheroux – had a very clear vision when they put this production together. They wanted to create a show about a young gay woman in modern Amsterdam who isn’t grappling with the stresses of coming out, isn’t facing internal struggles about her sexuality or tackling a disapproving society or parents. Instead Anne is entirely comfortable in her sexuality and lifestyle; she enjoys her life, her loves and residing in a wonderfully open-minded Amsterdam. It’s a celebration of being a lesbian in modern times.

It’s also a wonderful advert for Amsterdam – the city looks fabulous on-screen and makes me want to re-visit the city again soon. Also worthy of mention is the music in the show – again, the creators were keen to keep the production all-female, so they brought in Tess van der Velde to compose the music – she does a brilliant job in creating a soundtrack for Anne’s adventures.

Going through each episode of Anne’s journey is somewhat pointless here, so rather than giving what will amount to a list of names, I urge you try it out for yourself in mid-June when it comes to All 4. You won’t be disappointed. And because it’s short scenes, it’s not a huge commitment – you can dip in and out of the show in 10 minute bitesize pieces.

Please don’t assume you need to be a young lesbian to enjoy this programme – I’m a middle-aged straight man, but I was thoroughly absorbed by Anne’s adventures. The show is funny, moving and engaging from the off – and Hanna van Vliet is just superb in the title role.