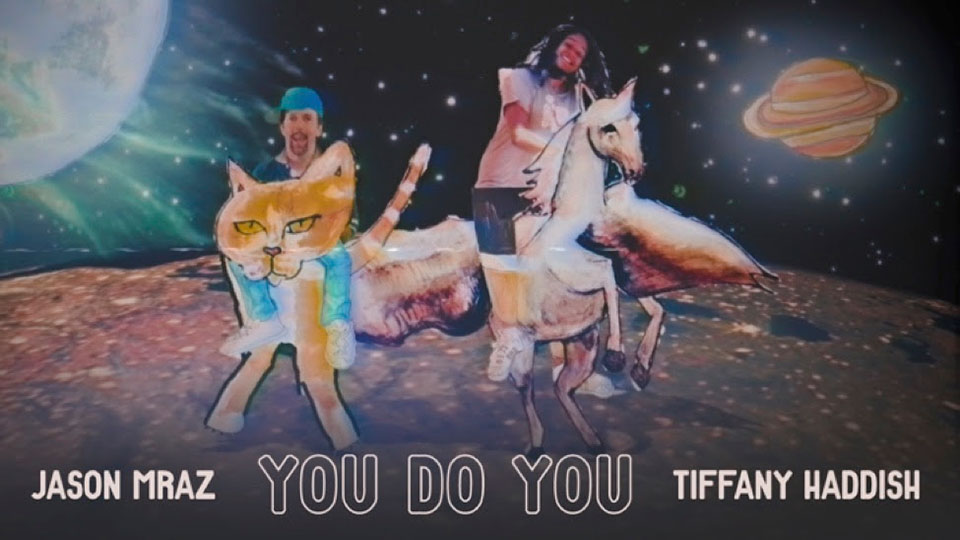 Jason Mraz has teamed up with actor Tiffany Haddish for new track You Do You.

The collaboration appears on Jason’s upcoming album Look For The Good, which will be released on 19th June 2020 via BMG. You can watch the video below:

The video for “You Do You” is a fantastical animated dance party featuring Mraz, Haddish, and a few friends.

“The original video shoot for You Do You was canceled due to quarantine,” said Mraz. “But we enlisted our band and crew to capture their own dance moves. And with help from an amazing video production team, we took the music to the streets virtually, drawing inspiration from classics like Reading Rainbow and Electric Company. It’s the perfect visual for an upbeat tune about individuality.”

“You Do You is the epitome of what I believe—that everyone should be themselves and do the things you love to do, as long as it doesn’t hurt anybody else,” said Haddish. “Life would be so much easier if we all portrayed ourselves as who we really are. I feel like there would be less violence, less confusion, and less depression from suppressing who you really are. I know that played a role when I was depressed. And as I talk to my friends through this horrible pandemic, I see a lot of people are learning to love themselves and to be closer to themselves, which will allow them to BE themselves. I think that will make for a much better society when we’re all out and about.”