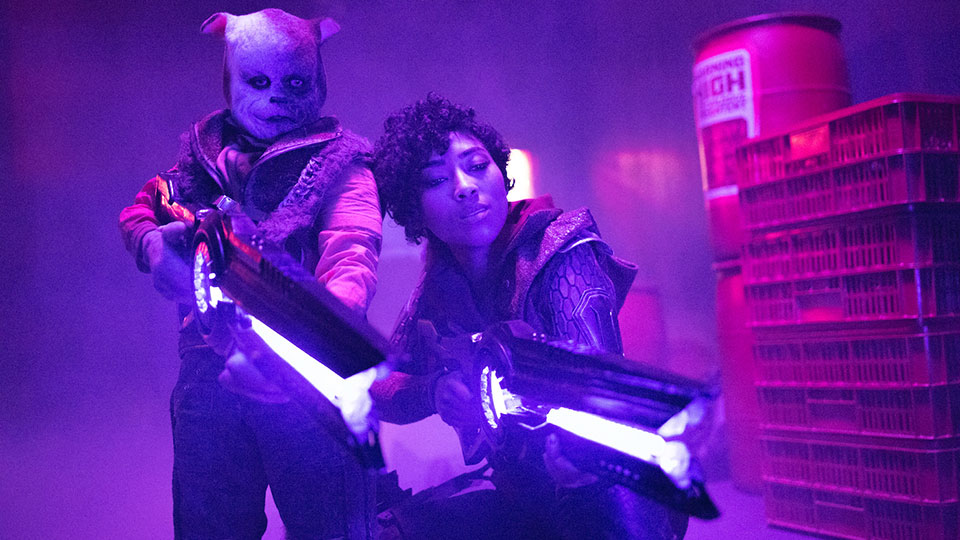 Based on the comic of the same name, Vagrant Queen stars Adriyan Rae, Tim Rozon, Alex McGregor and Paul du Toit. It was created by Jem Garrard.

Vagrant Queen follows Elida, child queen turned orphan who scavenges the galaxy, attempting to stay hidden from the Republic government. She must embark on a dangerous quest across the galaxy with an old friend, facing cannibalistic aliens, dangerous planets, shootouts and karaoke. Get ready for your new favourite sci-fi show!

Vagrant Queen debuted on Syfy earlier this year. The release features all 10 episodes across 3 discs.

Advertisement. Scroll to continue reading.
In this article:Vagrant Queen