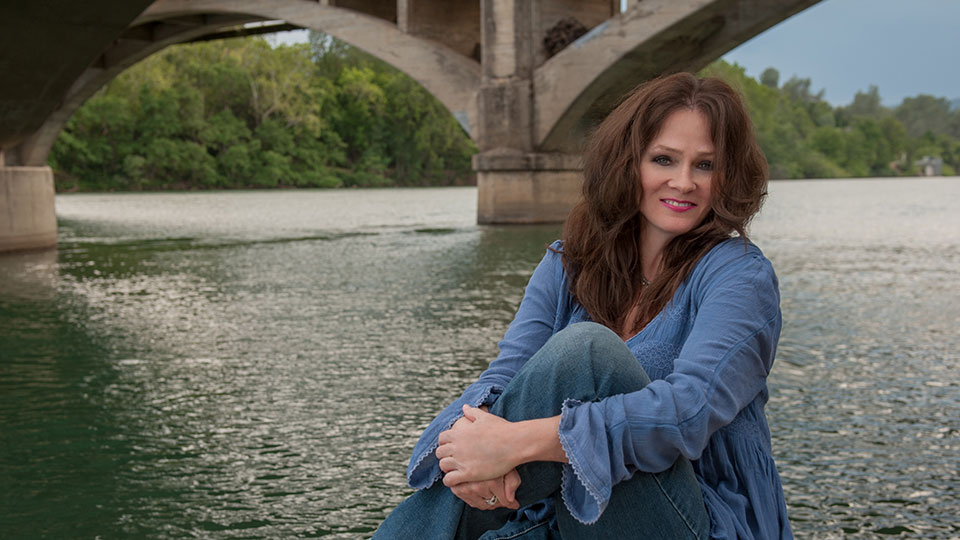 The collection was produced by the late great Merle Haggard and it was one of the last bodies of work he was involved with before his death.

I caught up with Amy to talk about the making of the album, discuss her experience working with Merle and to find out what good advice she’s received over her career so far…

Hi Amy. How are you and how have you been spending your time in lockdown?

I’ve just been feeling for people who have been affected so gravely by this illness alongside their family and friends. I’m so thankful for all of the medical professionals and the first responders on the front line, putting their lives at risk trying to save the others.

Your debut album Introducing Amy Jack was released recently. What can fans expect from the record?

Fans can expect to be amused, entertained and enriched.

The album was produced by the late, great Merle Haggard. How did that collaboration happen and what was he like to work with?

Merle reached out through his sound director, they had just built a recording studio, where Merle was wanting to crank up and create music. He was the most creative, driven and curious person that you ever met, as well as a disciplined businessman. It was such an honor to work with Merle on this project.

You co-wrote 10 of the tracks on the record. What’s your song writing process like and where did you draw inspiration from for these songs?

I come up with the title, hook and melody and then my co-writers expound upon the ideas. I get a lot of inspiration from real life experiences and observations. For example Big Boy Up came from hearing former Dallas Cowboys player and ESPN radio broadcaster Nate Newton say, ‘this is big boy football and the Dallas Cowboys have to realize that. They have to put their big boy pants on.’

When did you first know you wanted to be an artist?

That’s funny because I was about to get my college degree in broadcasting from the University of Oklahoma. I did all this work and got through college in 3 years, but then I met Merle Haggard and decided I wanted to be like Merle.

What’s been the biggest hurdle you’ve had to overcome to get where you are now?

I used to work in commission sales for radio, where I had to reach a quota to keep my job, all while trying to learn the ins and outs of the music business. Later on, I left my job and moved across the country to Nashville and started from scratch.

What’s the greatest piece of advice that you’ve received in your career so far and who was it from?

Merle’s sax player Don Markhum once told me, “Yes it’s good Amy and I know you have a vocal teacher, but you need to have your own style. The biggest thing is that you have to have soul in your art, be a stylist.” I will always carry that with me.

Which artists have had the biggest impact on your music?

Merle Haggard “Sing Me Back Home,” it doesn’t get any deeper than that.

Even with everything going on, I’m writing and working on new music. I know a lot of us are waiting and praying for more specific plans right now, but I’m very grateful to still be able to be creative and write new music from my home.

Amy Jack’s debut album Introducing Amy Jack is out now. Listen to the track Big Boy Up below:

Advertisement. Scroll to continue reading.
In this article:Amy Jack