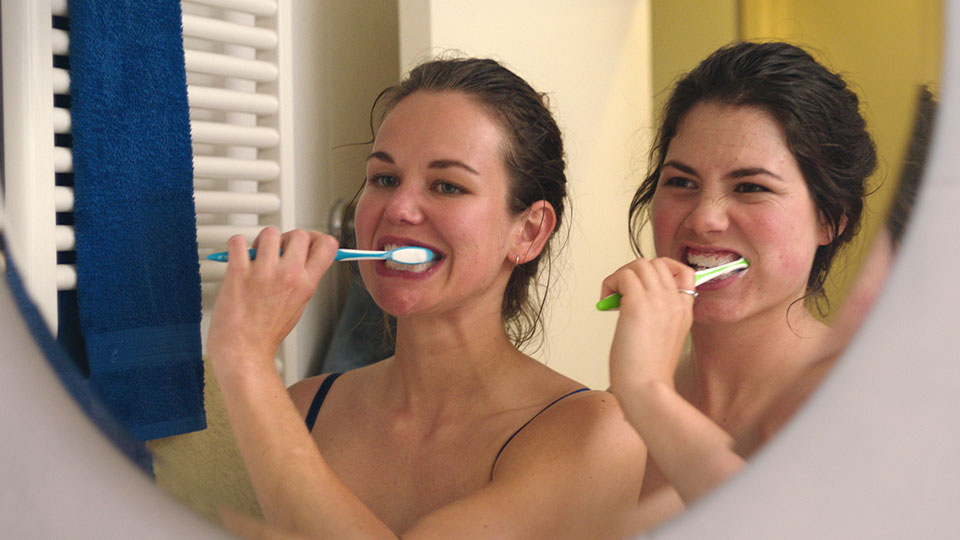 The LGBTQ+ coming-of-age story was created by Maud Wiemeijer and Valerie Bisscheroux, and it stars Hanna van Vliet and Eline van Gils.

The weekend Anne moves into her own place she unexpectedly runs into her first ever girlfriend Lily. A lot has happened since they broke up four years ago. Over the weekend, Anne reflects on the relationships she has had throughout her student years in Amsterdam.

Anne and Lily had been a couple since high school, and both happened to go to university in the same city: Amsterdam. After the move, it doesn’t take long before Anne realises that she and Lily are growing apart. Anne gets caught up in Amsterdam’s hectic energy and realizes that if they both want to be happy, their relationship has to end. In eleven episodes we learn about Anne’s turbulent love life and how these diverse girls and various relationships have contributed to who she is today.

As gay women born in the 90s, creators Maud and Valerie didn’t grow up with a lot of relatable representations of themselves in the media. This became the driving force that motivated them to produce ANNE+.

The series received international praise due to the positive representation of LGBTQ+ characters without focussing on their sexual identity or coming-out.

Walter Presents: ANNE+ will be available to stream exclusively on Walter Presents via All 4 from 12th June 2020. Preview the series with our gallery below: